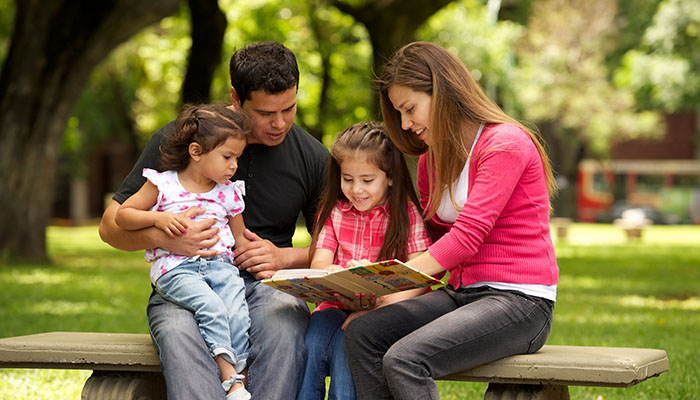 The headlines are enough to make any parent want to lock the doors and seal out the world.  The #metoo movement has, if nothing else, demonstrated that we live in a sex-obsessed society and that those in positions of power too often have no hesitation in attempting to broker that power for sexual favors or use it as a means of sexual intimidation.

The cascading revelations from the entertainment, politics, and industry are shocking to many people. After nearly 25 years of investigating and litigating sexual harassment claims as an employment law attorney, none of this comes as a surprise to me.  But as the parent of five daughters, it still scares me.

There is little we can do to change the behavior of predators and sexual bullies, but that doesn’t mean there aren’t steps we can take to protect our sons and daughters (and wives and husbands) from such people.

After having reviewed hundreds of these situations over the years, I have a few suggestions of what parents might do to prepare their children to deal with those who perceive them as prey.

1. Instill your children with the power to say “No.”

Children and youth need to have the confidence to say “NO” when it comes to matters of their own body, no matter who seeks to compromise their privacy and security.  Children should never be compelled to hug or kiss people.  They should understand that affection is a choice.

Being ordered to hug someone by a parent merely teaches that a person with power is entitled to tell you what to do with your body.  That mindset is easy for others to manipulate to their advantage.  Our kids need to be comfortable telling anyone—a teacher, a parent, a bishop, a family member, a boss—to take a flying leap and to stick to that answer.  And they need to know that if they do, the people they love and trust are going to back them up.  Which brings us to . . .

That kind of talk empowers predators and harassers and signals to our children that they are alone in this fight.  Parents:  Back up your kids, wives, and husbands.  Teach them to trust their guts, and honor their decisions.  Listen to them, take them seriously, and make sure that they always understand you have their backs.

Being harassed or abused is probably the scariest thing in the world whoever you are.  It is far worse for children and youth.  And it isn’t a fight anyone should face alone.  Parents need to get it out of their heads that their children don’t understand what is happening to them.  Ignoring a plea for help is its own form of abuse and it should never happen in any home, but more especially in a Latter-day Saint home where we understand the divine mandate to stand as watchmen for our families.

3. Teach your children with candor about what isn’t right or normal.

No one on this planet hates talking to his children about issues related to sex more than I do.  “Go ask your mother” has been the catchphrase of my parenting career.  But that doesn’t make it right.

Our children (whatever their ages) need to understand with a fair degree of specificity what is acceptable and what isn’t.  What is normal and what isn’t.  And what needs to be reported when it happens.

Just because your manager at work has hit on eight different women doesn’t make it right or normal, and our children (and our spouses and ourselves) need to be able to recognize, resist and report improper behavior.  Our family members need to see sexually inappropriate behavior for what it is and have a plan for dealing with it.

4. Be vigilant to protect other people.

Many years ago, I was sitting in a bishopric meeting.  Our executive secretary was obviously uncomfortable, and finally, he asked for a minute to say something.  He was concerned about a male member of our ward who regularly targeted the teenage daughters of a particular family for long hugs in the hallway.  “Somebody needs to talk to their dad because if he doesn’t knock this guy out, I’m going to.”

Perhaps that was a little over the line in terms of shepherding the flock but I’ll be honest: Wolves need to be treated like wolves.  I really respected him for raising the issue with that kind of firmness.  Most people would be inclined to say “it isn’t my business” and shrug it off.

Have you ever noticed how often when allegations of harassment are raised, there is always a group of people who say, “Well, I knew him/her as well as anybody, and I never saw anything like that.  He/she simply would never do that.”  The people who say these things aren’t necessarily liars.  It is just as likely that they have never seen that person in a situation in which he or she was likely to engage in such behavior.

Sexual harassment is about power, not sex.  A harasser is unlikely to act out around people that he or she doesn’t have power or leverage over.  Alone with a colleague, supervisor, family member or peer, that person might seem the paragon of virtue.  But put him alone in the copy room with a 16-year-old intern, and Jekyll turns into Hyde.

Harassment is like terrorism.  If you see something, say something.  Yeah, it’s your business.

The first lesson that our children learn about power is their relationships with their parents and other caregivers.  We need to model how such relationships should operate.  The Lord has given us the guideline here:  Any attempt to “exercise control or dominion or compulsion upon the souls of the children of men, in any degree of unrighteousness” is unacceptable and grievous to the Spirit of the Lord.”  (Doctrine and Covenants 121:37).

Our children have a right to parents that do not engage in sexually inappropriate behavior.  Daughters should never see their fathers demeaning or degrading women, either by exercising dominion (in my view, and “dominion” in a family is, by definition, unrighteous) over his wife or acting out sexually towards other women or girls.  Heaven help us if our children can’t recognize creepiness in public because it was normal in their homes.

6. Teach them that nothing is worth it.

After a quarter century of dealing with these issues, I have come to believe that what places people in the greatest jeopardy is when they legitimize the harasser’s leverage in their own minds.  In other words, at some point, victims become convinced that taking it is worth it.

No job, no position, no salary level is worth a person’s sense of self-worth and dignity.  The common denominator in these cases is “I didn’t want to lose my (job, scholarship, promotion, good grade, whatever).”  When I hear that, I don’t blame the victim, but I do have some strong feelings about the people who raised them. I hope that my daughters understand that what they don’t want to lose is their dignity by being victimized by other people.

I want them to know that they can stand up against bullies, harassers, and predators and not fear losing something in retaliation for saying “no.”   This should especially be true of Latter-day Saints, who enjoy the most secure safety net in the world in fast offerings and the Bishop’s storehouse.  We don’t have to fear living on the streets because we take care of each other.  I’d rather have my kids be unemployed if that is the cost looking in the mirror and knowing that they didn’t let some scumbag take advantage of them.

And more often than not, such retribution doesn’t come.  As time has passed, business, churches, and schools have become more sensitized to these issues and are far less tolerant of retaliation than they used to be.  That is not always the case, but the perceived power of a harasser is often far less potent than the harasser or the victim believes.  But even if it isn’t, nothing is worth putting up with such nonsense.  Each of us needs to know where the lines are drawn and insist that no one cross them.  If a harasser’s threat of taking something away from you is met with a shrug (or even a “go ahead, punk, make my day”), the power that emboldens them can be extinguished.

I hope that folks understand:  I do not blame the victims in these circumstances.  Harassment and abuse never are justified.  Never.  But we do need to start as early as possible to empower our family members with the tools they need to give them the ability and confidence to recognize, resist and report harassing and abusive behavior.

The unceasing reports of sexual misconduct in the media are overwhelming and frightening.  Let’s make sure that when our husbands, wives, and children walk out the door in the morning, they are prepared to deal with a fallen world and are determined not to be anyone’s victim.