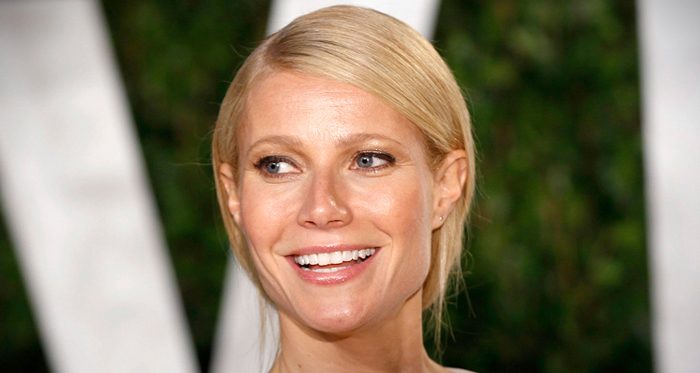 Last week Gwyneth Paltrow and Chris Martin announced their divorce on their website Goop. In addition to their announcement, they included an extensive essay by two of Paltrow’s advisors Dr. Habib Sadeghi and Dr. Sherry Sami. In the essay, they defend the decision to divorce, and point to its benefits. The essay, though, fundamentally misunderstands the purpose of marriage, and human nature. Here are the five things Gwyneth Paltrow gets wrong about marriage.

1. Marriages aren’t built to last past the “honeymoon” stage

The beginning of the essay points to the huge increase in life expectancy, and asks the question: how can we still expect marriages to last until death when this could be forty or more years? In the era of early humans, entire life expectancy was only 33!

This argument reminds me of a joke an old stake president told me. “What is the most difficult time in a marriage? The first 50,000 years or so.” Members of The Church of Jesus Christ of Latter-day Saints, sometimes called Mormons, see marriage lasting way past the end of mortal life. If living with someone for forty-years is difficult, try forever.

In fact, the essay doubles down on this idea saying that once the honeymoon stage of a marriage, which lasts about two years, is over, the participants will instinctively project negative issues onto their partner. Apparently two people are not capable of being together once they no longer idealize each other.

This entire premise rejects the truth of marital intimacy, where discovering the honest reality of another person helps us learn more about ourselves, and propels us into selfless service for them. In fact marriages are designed to get us past the honeymoon stage. When our idealized images wear off, it is often our commitment to our spouse that pushes us into the greater honest intimacy that is waiting on just the other side.

In fact our creator put us on Earth for the purpose of eternal marriage. This does not mean marriage comes simply to humans, but the difficulty of marriage plays a crucial role in our development.

Paltrow’s advisors suggest that the divorce rate makes it clear that humans’ biology and psychology are not conducive to marriages that last for a modern lifespan. This is bad science. There is nothing inherent about the divorce rate that indicates the cause is biology or psychology. In fact, if increased divorce rates were connected to longer life expectancies we would expect more divorces to occur in those closer to the end of their life. Yet the median age for a first divorce is 31! Younger than even our Paleolithic ancestors. So there is nothing inherent in our human nature that is preventing us from staying married. In addition, studies show that happily married folks are healthier and live longer.

The entire essay seems to accept as fact that the longer two people are married the more difficult that marriage will be. But this fails to pass even a basic sniff test. Anyone in a successful marriage can attest that when we learn from each other marriages grow closer and easier. This isn’t to say there aren’t occasionally ups and downs, but these have more to do with circumstances than with marriage length.

In fact many studies suggest that marital satisfaction is highest near the end of life. While we may laugh at the stereotype of a grumpy old couple, the reality is the long-term married report very high rates of marital satisfaction. While some may suggest that marriage happiness only improves because of divorce, this fails to account for the depth of learning and intimacy that takes place in long term marriages.

4. Marriage is for the individual

If you haven’t yet read Seth Adam Smith’s brilliant essay “Marriage isn’t for You,” you should. He takes on this idea that the purpose of marriage is self-improvement. Paltrow’s advisors write, “Intimate relationships aren’t for finding static, lifelong bliss like we see in the movies. They’re for helping us evolve a psycho-spiritual spine.”

I don’t know any movie that showed marriage helpful for static, lifelong bliss. It seems that most movies are only interested in showing the intense romantic whirlwind of the honeymoon stage. Creating part of the cultural reason, many people won’t survive past that time. But more importantly they misunderstand the purpose of marriage. Yes, marriage will help us grow, but it will only help us as we lose ourselves in selflessness. Focussing on our own “psycho-spiritual spine” at the expense of our partner is a sure recipe for marital disaster.

5. There are no guarantees beyond today

Paltrow’s advisors wrote, “The truth is, the only thing any of us have is today. Beyond that, there are no guarantees.” They use this to undermine marital vows, and reject the idea of life long love. But the very purpose of marriage is to create those guarantees. That is the purpose of promises, so that we can have confidence about what tomorrow will bring. Marriage can be a source of stability and comfort, but not if we only see it as a temporary help to our current needs.

Mormons also have the advantage of more guarantees. They know that by doing their best, and having faith in Christ, they will be able to live again with their Father in Heaven. They know that marriages can last beyond the grave. And they know that today is only a small part of a long story. The perspective those guarantees bring help us see our marriages within the big picture, and understand the advantages of long-term marriage
None of this is to say marriage is easy, quite the opposite. And it’s not even saying that there are not legitimate reasons for divorce that will improve the lives of those individuals. But rejecting life-long marriage, and supporting a fancy euphemism for divorce, “conscious uncoupling” as the ideal alternative to lifelong marriage misunderstands human nature, misunderstands marriage, and lacks perspective beyond the short term.