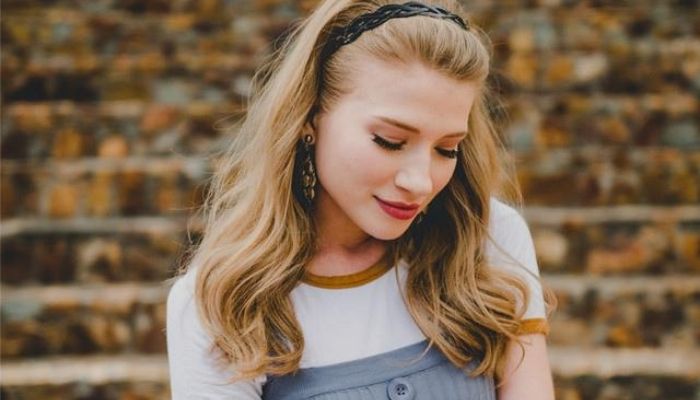 Within the Church, we grow up striving to get married in the temple and build an eternal family. Because of this overarching goal, it can be hard for us to recognize that abuse and divorce happen within the Church.

Getting married in the temple does not guarantee a happy and healthy marriage. One LDS actress candidly shares her experiences with abuse and divorce in a temple marriage.

Who is Monica Moore Smith?

If she looks familiar to you, you have probably seen her content coming from Utah. Her works include Saturday’s Warrior in 2016 and lots of church videos. The most memorable is Bullying: Stop It.

Monica Moore Smith met her ex-husband in 2017. They became engaged 6 months after meeting. The pair married in the Provo City Center Temple on February 3, 2018.

After 2 years of marriage, Smith made a public statement via Instagram announcing the separation. She said, “In spite of what might be seen as appearances to the contrary, there has been over a year of anguish, discussion, study, prayer, and (mostly solo) counseling with regard to my marriage. On February 7th, I left the apartment [we] shared and minimized all contact with him out of my concern for my safety and well-being. Earlier this month I filed for divorce and he was served last week.”

Since this announcement, she has used her personal experiences and platform as a way to share information with those who may be struggling with similar issues.

Recognizing Abuse in a Relationship

Smith did a live Q & A on Al Carraway’s Instagram page to discuss her experiences. She stated, “I don’t think anyone goes into a marriage thinking that they are going to get divorced.”

After over a year of therapy, Smith decided to file for divorce. She has continued to go to therapy and shares educational information on her social media platforms.

You will naturally have differences with your spouse and it’s important to acknowledge those. Having differences and disagreeing or fighting does not necessarily constitute abuse. Make sure that you are able to clearly discern between disagreements and abuse within your relationship.

Her advice for anyone facing abuse in their relationship is to “listen to your gut.” Trust yourself and make your health a priority in your life.

In general, abusers use mental tactics in order to get you to stop trusting yourself. In the process, it is common for someone to feel like they are crazy. Other tactics used by abusers are gaslighting, codependence, and isolation, just to name a few.

Within the Church, spiritual manipulation can be used. An abuser may twist temple covenants or misinterpret scriptures to manipulate you into thinking you are not in control.

She provides an extensive list of books that were helpful to her throughout this process. This list includes Should I Stay or Should I Go?, Why Does He Do That? by Lundy Bancroft, and Boundaries in Marriage by Dr. Henry Cloud.

These books helped Smith to say that “once you have the vocabulary to explain what happened to you, you can heal.” After recognizing and putting a name to the situation she was in, Smith eventually began to heal.

Finding Hope and Peace After Abuse and Divorce

Getting a divorce does not mean that you are breaking your covenants. If someone is abusing you, they already broke that covenant. You severing your relationship with them for your personal safety and well being, you are not wrong for leaving.

A quote by Dr. Henry Cloud says, “It takes 2 people to make a relationship work, but it only takes 1 person to destroy it.”

Smith says that while dating she prayed and fasted to know if marrying him was right. She also admits that she did not pay attention to some of the red flags. She continues saying that “it is important to try to grow in your ability to discern and make smart choices so that you don’t get swept away by someone who could eventually abuse you.”

In the live Q&A previously mentioned, Smith bears her testimony saying that she was pleading with God. She then said, “I’m at this huge loss but God always compensates.”

How has God lifted you out of a dark time? Share in the comments.

What Happens to Children When Their Parents’ Temple Sealing is Canceled?