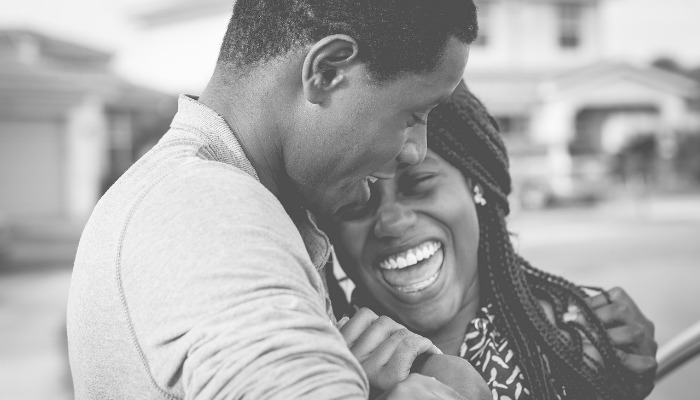 Building happy marriages is a topic that, lucky for us, the prophets address a lot. Here are just 10 golden nuggets of marriage advice they’ve shared over the years that we can (and should) put into practice right now.

This counsel comes from President Gordon B. Hinckley’s October, 2007, Priesthood Session talk, Slow to Anger. It’s fantastic. Here’s an excerpt with both a plea and a promise:

Now, my dear brethren, in closing I plead with you to control your tempers, to put a smile upon your faces, which will erase anger; speak out with words of love and peace, appreciation, and respect. If you will do this, your lives will be without regret. Your marriages and family relationships will be preserved. You will be much happier. You will do greater good. You will feel a sense of peace that will be wonderful.

2. “There are no harmless flirtations”

This one is from James E. Faust’s The Enriching of Marriage, a talk he gave in October, 1977.

Our loyalty to our eternal companion should not be merely physical, but mental and spiritual as well. Since there are no harmless flirtations and no place for jealousy after marriage, it is best to avoid the very appearance of evil by shunning any questionable contact with another to whom we are not married.

This is another tip directed at husbands everywhere, but the same thing applies to wives. It comes from Elder Richard G. Scott’s amazing April, 2011, talk called The Eternal Blessings of Marriage. Here’s what he says:

Do you tell your wife often how very much you love her? It will bring her great happiness. I’ve heard men tell me when I say that, ‘Oh, she knows.’ You need to tell her. A woman grows and is greatly blessed by that reassurance. Express gratitude for what your spouse does for you. Express that love and gratitude often. That will make life far richer and more pleasant and purposeful. Don’t withhold those natural expressions of love. And it works a lot better if you are holding her close while you tell her.

This is also from Elder Scott. His 2010 Church Education System fireside talk is titled To Have Peace and Happiness. It’s very similar to The Eternal Blessings of Marriage, but this paragraph from the fireside is especially noteworthy. And of course, it applies to both men and women (even though it would appear that men may have a harder time with it than women).

As husband and wife, work as a partnership to build on each other’s strengths. Listen to each other and help each other. I have seen men reject counsel from a wife who likely has struggled for a long time to find just the right moment to mention something the husband needed to change. Don’t do that.

Back in 2000, Elder Holland gave a Brigham Young University devotional called How Do I Love Thee?. In one portion of it, he advises couples to give each other the benefit of the doubt when there’s an opportunity to take offense:

Temper tantrums are not cute even in children; they are despicable in adults, especially adults who are supposed to love each other. We are too easily provoked; we are too inclined to think that our partner meant to hurt us—meant to do us evil, so to speak; and in defensive or jealous response we too often rejoice when we see them make a mistake and find them in a fault. Let’s show some discipline on this one. Act a little more maturely. Bite your tongue if you have to. ‘He that is slow to anger is better than the mighty; and he that ruleth his spirit than he that taketh a city’ (Proverbs 16:32).

This is from Elder Robert D. Hales’ BYU devotional, Celestial Marriage—A Little Heaven on Earth. He gives some practical advice to husbands worldwide.

Many men feel that the physical part of their relationship in marriage is the most important part. But I want to tell each and everyone of you, very personally, that to clean a few dishes, vacuum a room, and have all of the kids in bed when mom comes home has got to be one of the most rewarding experiences your wife will ever have in marriage. It’s a much better way, at times, of expressing your feelings than saying, ‘I love you.’

Of course, saying “I love you” is important, too (as per #3 on this list). Unfortunately I can’t find video of this talk.

7. “They need a carefully worked out budget”

This advice comes from President Spencer W. Kimball’s October 1975 talk, The Time to Labor Is Now. It’s about as specific as they come:

For two people to work out their marriage together, they need a carefully worked out budget, made by both husband and wife, and then careful adherence to the same. Many marriages are defeated in the marketplace when unscheduled purchases are made.

To drive home the importance of being on the same financial page with your spouse, here’s what Elder Marvin J. Ashton said a very long time ago as cited in the September, 2007, Ensign (article: One for the Money):

How important are money management and finances in marriage and family affairs? Tremendously. The American Bar Association recently indicated that 89 percent[*] of all divorces could be traced to quarrels and accusations over money.1 Others have estimated that 75 percent[*] of all divorces result from clashes over finances. Some professional counselors indicated that four out of five families are strapped with serious money problems.

May I at this time hasten to emphasize the fact that these marriage tragedies are not caused simply by lack of money but rather by the mismanagement of personal finances. A prospective wife could well concern herself not with the amount her husband-to-be can earn in a month but rather how will he manage the money that comes into his hands. Money management should take precedence over money productivity. A prospective husband who is engaged to a sweetheart who has everything would do well to take yet another look and see if she has money-management sense.

*Note that these statistics are decades old, but recent studies show that not much has changed.

This one is from Elder M. Russell Ballard’s Keeping Life’s Demands in Balance. He gave this talk back in April, 1987.

Build relationships with your family and friends through open and honest communication. A good marriage and good family relationships can be maintained through gentle, loving, thoughtful communication. Remember that often a glance, a wink, a nod, or a touch will say more than words. A sense of humor and good listening are also vital parts of good communication.

In April, 1995, Joe J. Christensen related one of President Spencer W. Kimball’s experiences to us in his talk, Marriage and the Great Plan of Happiness. This whole talk contains some awesome advice (which you should check out), but this tip from President Kimball is a gem:

Years ago, when it was common for a General Authority to tour a mission and interview all the missionaries, Elder Spencer W. Kimball, then a member of the Quorum of the Twelve, was visiting with an elder who was just about to finish his mission.

‘When you get released, Elder, what are your plans?’

‘Oh, I plan to go back to college,’ and then with a smile he added, ‘Then I hope to fall in love and get married.’

Elder Kimball shared this wise counsel: ‘Well, don’t just pray to marry the one you love. Instead, pray to love the one you marry.’

And there you have it

These are just 10 of many marriage-oriented gems the prophets have mentioned. Of course, these all come from the male perspective and tend to therefore be a bit more critical of the men. That doesn’t invalidate what they’ve said, but a similar article featuring marriage advice from the sisters of the Church deserves the spotlight as well. Share your best marriage advice with us in the comments and let us know which talks/firesides/devotionals from the women in the Church we should check out for a future article.