Life Satan Wants You to Have Self-Esteem 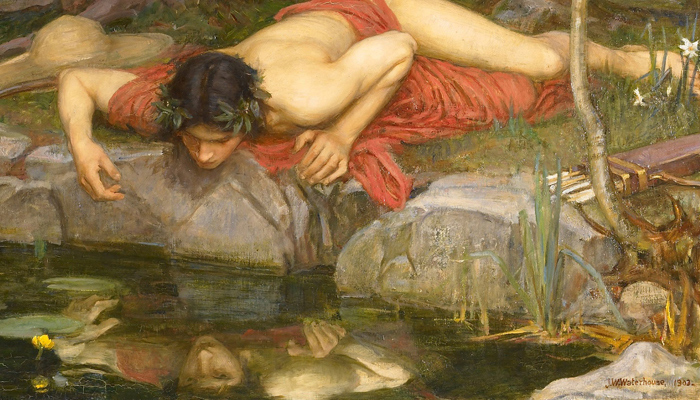 I once invited a drug addicted friend, whom I also home taught, to attend church with me. He agreed to join me and surprisingly attended all three meetings. The priesthood lesson that day was on “what you experience when you feel the spirit.”

The instructor passed out a sheet of paper with lists in two columns. The left column had descriptions of the way you feel when you have the spirit with you. Among the list were items such as, peace, clarity, energy, hope, focus and kindness. My friend read the list, leaned over and whispered, “This list is what I experience when I’m doing coke [cocaine].“

It then occurred to me that some drug use emulates the fruit of spiritual experience. Cocaine is an amazingly effective spiritual emulator, at least at a temporary, shallow spiritual level, and like all satanic counterfeits, it automatically carries with it a disastrous consequence, in this case, enslavement and a host of medical problems.

Many are familiar with the more obvious satanic counterfeits such as, love and lust, priesthood and priestcraft, and covenants and secret combinations. What may be less obvious is the insidious counterfeit, self-esteem.

Self-esteem promotion has a 50 year history. Before that, people perceived that the road to hardy, confident well-being came from an intensive process of learning, failing, and improving multiple times.

In the 1960’s, psychologists noticed commonality among high academic and life achievers. The high achievers were more confident and had a more positive outlook than their under-achieving peers. The psychologists knew the causes of the hardy well-being but thought that they could shortcut the long, laborious process of cyclical learning, failing and improving.

Self-esteem was universally bought into as the panacea to achievement deficits on the merits of reason alone with no actual testing for 50 years. If there were an FDA equivalent to psychological remedies as there is for drug remedies, self-esteem promotion would have never made it beyond the trial stage and certainly would have never been applied to children’s education.

Self-esteem has been shown to have similar effects as spiritual counterfeits.

Self-esteem promotion as currently administered does two things. It creates hoards of praise junkies and it enables an entitlement class. As with narcotic addiction, praise junkies are dysfunctional without some form of consistent, external infusion of the drug, in this case, adulation or validation.

The withdrawals a drug addict experiences has self-esteem withdrawal counterparts including depression. Common also with narcotic addiction, the praise junkie’s world is divided between the good people who supply the praise and the bad people who either withhold it, expose what actually is, or launch insults.

It really doesn’t matter how well meaning the bad person is, if the fix is not supplied, the withholder is the enemy. Max Lucado describes both the problem and the remedy in his book, “You Are Special.” The problem, he explains is in both seeking kudos instead of accomplishment and avoiding negative judgment. 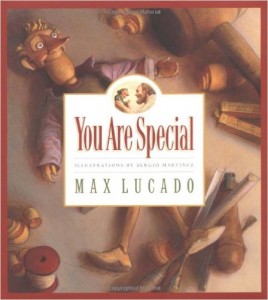 For those unfamiliar with the story, Punchinello is a Wemmick, people made of wood who act a lot like we do. Wemmicks walk around all day putting stars on the people with desirable characteristics and grey dots on people with no talent, chipped paint or rough finishes.

Lucia is a Wemmick with no dots or stars at all because none of the dots or stars other Wemmicks place on her will stick. When Punchinello wonders why nothing will stick and that she is confident and happy, he wants to know her secret.

She teaches him that she frequently visits Eli, the Woodcarver and creator of Wemmicks. Eli has the ability to remove any reaction from public praise or condemnation and instill confidence.

From an academic standpoint, what conscientious parents and educators are finding out, far too late, is that at some point, the praise junkie will one day be pitted against a merciless market. The market is indifferent to feelings and only rewards added value for efficient production’s sake and not for mere existence.

The common scenario is that Johnny was praised for being Johnny from the time of his first smile. Well-meaning adults, afraid that Johnny might be damaged by comparison, took away all competitive valuation and validated Johnny even in his failure.

If Johnny ever came in last, he still got a trophy at least as nice as the winner’s. Insulating Johnny from a brutally insensitive market became the ultimate educational mantra.

Finally, when Johnny ‘grew up’ and had to face the relentless, merciless market and both honest and mean spirited people, he was overwhelmed and the underlying dysfunction was exposed (not created).

There are three ways to aid Johnny in this condition, you can do what Lucia did for Punchinello in “You Are Special” and introduce Johnny to Eli, you can medicate Johnny to mask the market message, or you can remove the market all-together. Societally, we have chosen the latter two.

Fifty years of self-esteem promotion is at least a large contributing factor to the angst and horror of the U.S. national debt. Public (and to a lesser degree, private) education has produced two generations of “junkie Johnny’s,” impossibly wealthy pharmaceutical companies, and a sell-out voting population that will do just about anything to maintain a consistent narcotic supply.

In this world, politician pushers are able to prey on the need for consistent and ever-increasing highs and implement programs that enrich the dealer and enslave the entitlement-minded junkie.

Spiritually, the counterfeit is more devastating. It teaches us to avoid sackcloth and ashes (sounds depressing, and if I am so inherently valuable as I have been taught, why should I have to go through that?). It teaches us that we are far greater than the dust of the earth. Both attitudes run contrary to repentance prerequisites.

It was not until “They had viewed themselves in their own carnal state, even less than the dust of the earth, [that] they all cried aloud with one voice, saying: O have mercy, and apply the atoning blood of Christ that we may receive a forgiveness of our sins” (Mosiah 4:2).

This was not spoken by a wicked people. King Benjamin told his sons that he would deliver the message that brought them to the point of crying out for repentance “because they have been a diligent people in keeping the commandments of the Lord” (Mosiah 1:11).

Confidence before the Lord is anathema to self-esteem. They cannot coexist. Relying on the second is reliance on the arm of the flesh. The first is a lengthy process that requires humility, spiritual work, failure, repentance and more work.

The second will short circuit the repentance process and will not yield a ‘crying out’ for mercy. It focuses on redemption as something earned or entitled and not given by grace.

In my current calling, I see a clear difference between a missionary suffering from self-esteem indoctrination and one who has repented in sackcloth and ashes and understands his complete reliance on the Savior.

Interestingly, the first, in spite of all of the positive messages received from infancy is unsure and nervous which he may be able to mask for a time with bravado as described by Jim Faulconer in his essay, Self Image, Self Love, and Salvation, the second is bold and confident yet his boldness is confidence in Jesus and the message he carries and not in his own ability.

The answer, like the answer to every other gospel dysfunction is to opt for discipleship culture over self-esteem culture. Relationships with Father, Son and Holy Ghost are cures for self-esteem dysfunction, and these come only after complete trust, submission and dedication.

Several authors have written books and articles and created videos on this topic. Here are a few:
https://youtu.be/fjjPce_SbUA

Why High Self Esteem is a Bad Thing

Is High Self-Esteem Bad for You?

Low self-esteem is good for you! We’ve been too successful at making people feel good

You’re Bad and You Should Feel Bad: Against the Self-Esteem Movement

Caution-High Self Esteem is Dangerous

The Feel-Good Curriculum: The Dumbing Down Of America’s Kids In The Name Of Self-esteem

Bonds That Make Us Free: Healing Our Relationships, Coming to Ourselves

Confronting the Myth of Self-Esteem: Twelve Keys to Finding Peace