Life Self-Esteem’s Bad? Not so Fast 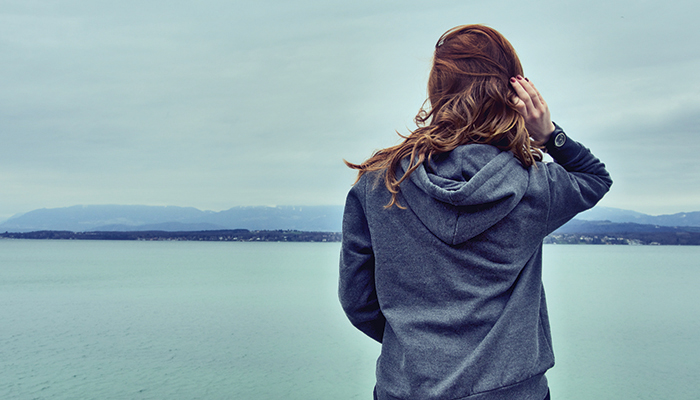 Self-esteem has been knocked around quite a bit lately, and I’ve even heard it said once that since the word “self-esteem” doesn’t appear anywhere in the scriptures, it’s not from God.

There are a lot of concepts that don’t appear translated from the original Aramaic, but that doesn’t make them any less relevant or helpful in our everyday lives. Like chocolate. But I digress.

The argument, as I understand it, is that self-esteem is a counterfeit to true devotion to God. I would argue self-esteem and humility before God, like most things in life, aren’t so black and white and there’s often truth to be found in the nuances.

The two form a paradox– a hidden truth that can be found when considering two seemingly opposed things. I love how Jesus Christ often taught in paradoxes:  for example, how the first shall be last and the last shall be first, and that it’s only in losing your life that you find it.

When considering self-esteem, we can move beyond the surface-level contradictions to appreciate the role of self-esteem in our pursuit of a true and full life. But, as Lavar Burton would say, you don’t have to take my word for it.

In 2007 the late President Faust taught:

“Self-esteem goes to the very heart of our personal growth and accomplishment. It’s the glue that holds together our self-reliance, our self-control, our self-approval or disapproval.”

How Self-Esteem Helps Others

Let me share an example.  Jenny (name changed to protect anonymity) was incredible in high school biology and chemistry.  She passionately studied the sciences and her parents encouraged her to follow her bliss, so she decided to major in pre-med in college.

At one point, she dated a young man who told her that she had too much self-esteem. He told her to be more humble and deferential. Specifically, he asked if she’d considered how if she were accepted into medical school she would be taking the spot of a (male) breadwinner.

Perhaps, he suggested, she just wanted to go to medical school for the “honors of men” and to boost her self-esteem, when she really should be thinking of others. The men she kept out of medical school, her future husband’s feelings, her unborn children. Not herself.

Jenny was crushed. She carried around a lot of guilt from then on, and she eventually dropped out of pre-med because she was a sensitive person who took that and other messages she’d received over the years to heart and wanted to think of others beside herself.

Let me reframe this story with what I would consider a healthier view of the connection between self-esteem and humility.

With her M.D., Jenny could have done so much good for others, demanding as the medical profession may be.  There’s nothing wrong with wanting to make your mark on the world—who knows, Jenny could have found the cure for cancer.

My Ph.D. coursework at BYU focused on career counseling, and in part we were trained about career-family balancing. Such balance is tough, make no mistake—but the research shows that it can be done, and what’s more, being true to your career interests (rather than hiding them under a bushel) positively impacts family life, too.

Women often enjoy their families more when they are receiving self-esteem boosts from their professional lives.

This applies to girls, too—parents can save a lot of money that can be put toward children’s college tuition instead of their therapy by encouraging them to have a positive self-image, celebrating them every time they achieve, and erring on the side of praising them too much rather than too little.

Please parents, wear out the pages of books like “You are Special,” which teach children to appreciate how important and unique they are, just as God sees them.  If not even a sparrow falls without God’s notice (Matthew 10:29-31), I think it’s safe to teach children that God thinks they are special.

There’s a growing body of research in psychology and spirituality, including work done at Brigham Young University, showing a connection between how adults interact in relationships and their perception of God (which develops at an early age).

If they see God as punitive, demanding, and exacting, it typically is because that has been their experience with their earthly parents, too. Conversely, if their parents show them unconditional love and acceptance, they tend to see God that way, too.

It doesn’t take a psychologist to see which of these two types of relationships has a better long-term prognosis in terms of health and happiness. 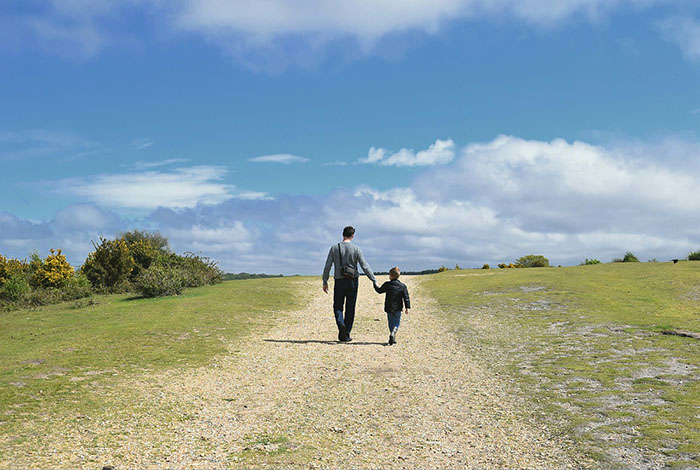 There are caveats that come with this, of course. Specifically, be careful not to praise your children (or loved ones) for something that’s not true or genuine.

Kids are smart and can tell when you’re not being honest, so doing so will come back to bite you. If a child does something you want to encourage but doesn’t do it well, praise their effort, and show genuine appreciation for how they keep trying even in the face of disappointment.

No matter what, make it clear to them that your love and affection do not depend on their actions. Emphasize that there’s nothing they could do that would change how much you love them, and in practical ways show that love through your actions.

Self-Esteem is the Cure for Narcissism 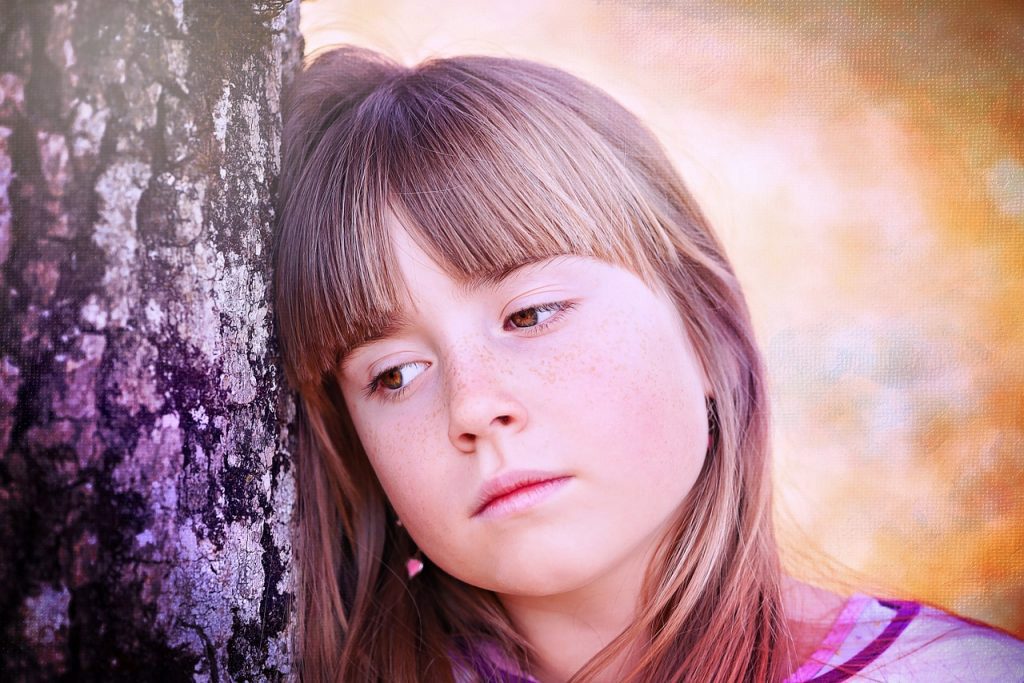 Praising children and giving them unconditional positive regard doesn’t lead to narcissistic adults—ironically, not praising them does that.

Narcissism is often born and perpetuated by deep feelings of insecurity, or not being “good enough.” Narcissists constantly feel the need to prove themselves to make up for the inadequacies they feel deep down inside.

If anyone has made you worry by telling you that you will raise little narcissists if you praise them too much, I have two little words for such folks, from President Uchtdorf: “Stop it.”

Praise is essential to successful adult development and healthy self-concept. Jesus said, “love thy neighbor as thyself” (Mark 12:31).The Savior saw nothing wrong with loving oneself and self-care. He taught that loving yourself goes hand-in-hand with the ability to love others. It looks to me like self-esteem just got the divine thumbs up.

Self-Esteem is the Foundation of Service

In President James E. Faust’s 2007 talk “The Value of Self-Esteem,” he outlined the hidden truth in the paradox of self-esteem and devotion to God—the ability to be true to oneself.

He emphasized,  “Being true to one’s own self is the essence of honesty and the keystone of self-esteem.” When someone is freed from guilt and shame, from the worry of being good enough, and able to see themselves the way God sees them, then they have the strength to reach out to others in service—and, in my opinion, to live a more vibrant and true life.

Nobody’s perfect, and often in our culture we tend to be too hard on ourselves. If you ever find yourself thinking, “Am I good enough?” you are not alone. So many struggle with this.

The key to a healthy and more accurate perception of oneself is letting go of that worry and learning to recognize and respect the goodness inside each of us.

President Faust wanted to be clear about that: “Indeed, the self-esteem that I speak of…is not blind or arrogant or vain self-love, but rather a self-esteem that is self-respecting, honest, and without conceit and is born of inner peace and strength.”

It’s that inner peace and strength I wish for everyone reading this. Respect and be kind to yourself. You are enough.