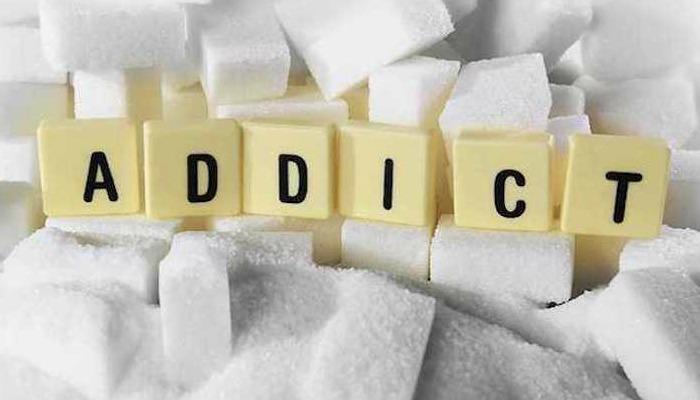 This article originally appeared at The Daily Universe.

See also Studies show religion has positive and negative impacts on obesity and health
Read or listen to a Portuguese translation
Tarissa Vreeland gave up drinking coffee in order to be baptized into the LDS Church in 2016.
“I drank at least one cup (of coffee) a day before getting baptized,” Vreeland said. “I started cutting back while I was taking the missionary discussions and stopped altogether just before getting baptized.”
But she soon realized she had developed a different “addiction” in its place.
“I didn’t really notice that I was eating more sugar until about six months after getting baptized,” Vreeland said. “I was trying to lose weight and realized I was addicted to candy and sweets.”
Vreeland said she has noticed a correlation between Mormons and food.

“I’m honestly not sure why I replaced coffee with sugar. Probably because I was addicted and needed to fill the void,” Vreeland said. “I think that often our sugar and food addictions are because we don’t drink alcohol, smoke, etc. Not eating as much sugar is definitely something I’m working on being better at.”

This problem is common among Mormons, according to BYU physiology and developmental biology professor Benjamin Bikman.
Mormons are known for not partaking of addictive substances such as coffee, tea, alcohol or illegal drugs, but often find themselves instead consuming sugar for similar reasons people consume the addictive substances listed above.
Bikman has closely studied the impact of obesity, diabetes and insulin on metabolic health. Bikman said sugar is harmful and consumption of it should be controlled.
Bikman compared Mormons eating sugar at social gatherings with the way people outside the church consume alcohol at social gatherings.

“It’s almost impossible to think of having a Mormon gathering without some junk food,” Bikman said. “Just like it’s impossible for people who aren’t members of the church to imagine getting together without alcohol, we have replaced one with the other.”

Bikman said he cringes when he sees people lined up at the drive-thru of popular soda shops at 8 a.m. because he knows the impact that much sugar will have on their bodies. Eating sugar and starches, particularly in large amounts throughout the day, spikes insulin drastically and slows the metabolism, according to Bikman. This contributes greatly to the body’s production of fat.

Bikman said it’s important to create limits with sugar and recognize where sugar might be hiding in the foods you eat each day. He said even common foods like ketchup, peanut butter, pickles and bacon often have sugar as an ingredient.

“Know the enemy. If what you’re eating comes with a box or bag or has a bar code, it often comes with added sugars,” Bikman said. “My advice is that those trying to kick a sugar habit eat no sugary foods six days of the week, and then one day of the week, they can have one small treat.”

Bikman also said almost any other sweetener is better than sugar. Xylitol, erythritol and stevia are fine substitutes, according to Bikman. He said it may depend on a person’s gut bacteria as to whether they can handle these sweeteners, but they are safe and healthier than sugar.

Sugar addictions don’t always fall under traditional definitions of addiction, which is why they can be so hard to identify and overcome. According to Ben Hill, a psychology professor at BYU and addiction therapist for more than 30 years, food and sugar addictions may not be as severe as traditional drug and alcohol addictions but can still mimic them in the way people respond to them physically and mentally.

“Eating disorders are very difficult,” Hill said. “It’s a compulsive behavior that’s very deadly and is similar to an addiction.”

Hill said people often “may have a spiritual deficit” or other lack in their lives that causes them to turn to food or sugar in order to “self medicate.”

He referred to these addictions as “divine diversions” that seem to help the problems initially, but eventually cause people to suffer physically, spiritually and emotionally. Hill said those who feel they have lost control over their food and sugar consumption likely have some form of addiction functioning in their lives.

“Replace mundane tasks and hobbies with more interesting things — get into athletics, or exercise, or gourmet cooking, so you’re less likely to gorge on sugary food and be more focused on nutrition and quality rather than quantity,” Hill said. “There’s absolute data that shows that good nutrition helps people be stronger against addiction when it’s introduced to their system and it helps people overcome addictions as well.”

While you are here, see what the Word of Wisdom says about eating natural sugars in season and what happens when we ignore that counsel:

The Verse we all Ignore in the Word of Wisdom