Life Is God Offended by “Substitute Swear Words” Like, “Jeez, Gosh, and Jiminy... 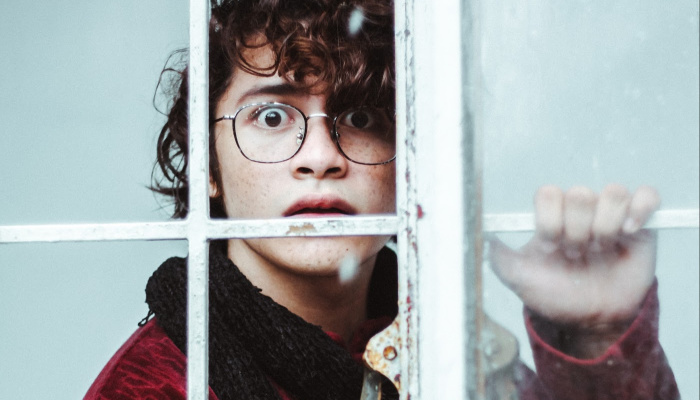 Sorry to disappoint, but I’m convinced there isn’t just one right answer to the question in the title of this article. So, instead of giving you a straight answer, this article is going to outline the journey I’ve been on as I’ve tried to find an answer for myself. Frankly, the journey was more lengthy and complicated than I expected. So, getting into it, let’s lay some ground-work first:

What I wanted answered

What I want to know is this: Are these kind of substitute exclamations offensive to God and/or the Holy Spirit?

Let’s start from the very beginning

The first question I asked myself was, “why is it bad to use the names of deity in our exclamations in the first place?”

Related: How Could I Best Answer My Grandson Who Asked, “Why is Cussing Bad?”

In response to that question, most people will probably think of the third commandment (out of the Big 10): “Thou shalt not take the name of the Lord thy God in vain” (Exodus 20:7). But one of the challenges posed by this commandment is that there are multiple possible interpretations of what it means. For example…

Interpretations of the third commandment

So, what does it really mean to take the name of God “in vain?” Depending on which definition you adhere to, your opinion on the subject of this article may be very different. In an effort to harmonize all of them into one very general definition, I’m going to move forward with what the Primary Manual says:

Based on that clarification, I think it’s safe to say that using the names of deity in our exclamations is a violation of the third commandment. When I stub my toe and shout out the name of Christ—while I may mean no disrespect to Christ—I’m not really thinking about Jesus Christ.

But where does that leave us in terms of the words we use to replace the names of deity? Is the use of substitute swear words really any better than using their actual names? Is “jeez” any better than “Jesus?” Let’s move on to see what our leaders have said about this, but keep the third commandment in the back of your mind because we’re going to circle back around to it in a bit.

Council from the prophets:

The topic of profanity is often addressed by Church leaders, but substitute swear words are addressed less often. To me, that alone indicates that there are simply bigger fish to fry than substitute swear words, and it all may be an example of us looking a bit “beyond the mark.” That said, I was able to dig up a few words from Elder L. Tom Perry. Here’s what he had to say on this subject:

Many times in our effort to refrain from improper speech, we find words to substitute. Sometimes they are so close to vulgar phrases everyone probably knows that we are substituting words and have not really improved our vocabulary.

I have been appalled at times as I have listened to returning missionaries speak in sacrament meeting. I have heard the words, phrases, or sentences they have picked up in the mission field that were really substitutes for vulgarity, demonstrating their inability to master a proper vocabulary and give the correct impression of what they had been doing on their missions.

In the same talk, Elder Perry went on to outline three steps we can take to help us improve our speech (emphasis added):

Nevertheless, in a somewhat contradictory fashion, in multiple editions of the New Era it is suggested that we can avoid using offensive swear words by substituting them out for something less offensive.

Think of words and phrases you can use instead of swear words. This is something you’ll want to consider beforehand so that you’ll be prepared when a situation in which you usually swear arises. You can substitute less offensive slang words, for example, or you can be original and come up with some new terms of your own!

In another Q-and-A section of the New Era (1995) readers responded to a question about vulgarity. They suggested “using funny or strange substitutes for bad words.” But in a 2001 Q-and-A, it looks like the New Era attempts to incorporate Elder Perry’s counsel:

The habit of swearing can be difficult to quit. But it can be done. Many people try to substitute other words for swear words, but Elder L. Tom Perry warns that so many times those substitute words are so similar to the swear words or vulgar phrases that everyone knows what you meant to say and your vocabulary hasn’t really changed.

So, while understanding that “Not every statement made by a Church leader, past or present, necessarily constitutes doctrine,” L. Tom Perry’s counsel is something to seriously consider.

How close is too close?

From Elder Perry’s remarks, it seems apparent that his objection was not that people were using exclamations to express their frustration, but rather that the substitute exclamations they used were too closely associated with the profanity they’d replaced. So, how close is too close? That’s up for you to decide as the Spirit guides. And what the Spirit indicates is wrong for you may not be what the Spirit indicates is wrong for another person.

For example, I never knew “Jiminy Cricket” was a substitute name for deity until I looked up the history of the phrase. I just thought it was a Pinocchio reference, as I’m sure many do. To many people, Jiminy Cricket has taken on a new life and is not associated with Christ at all, and is probably absolutely fine. To others who are more familiar with the phrase’s history, the Spirit may indicate otherwise. Again, there’s not necessarily a right answer.

So: Are substitute swear words offensive to God and/or the Holy Spirit?

My conclusion is that, first of all, the question is poorly phrased. God is not some fragile, petty being whose feelings we have to be careful not to hurt. This is God we’re talking about. So, no, I don’t believe swear words or their substitutes are “offensive” to God. Using them does not hurt God’s feelings and cause Him to retreat from us. On the contrary, using profane language removes us from the companionship of God.

The Hebrew word for “vain” can also mean, “emptiness of speech.” When we use God’s name as a flippant, nonchalant exclamation, it loses meaning and can become empty to us. Thus, we distance ourselves from God—not the other way around.

Where do substitute words fit into the equation? Well, if we adopt this new understanding of “taking the Lord’s name in vain,” we need to analyze the effect the substitutes are having on our relationship with deity. Do we associate them with God’s name and therefore devalue that name? If not, then as far as the third commandment goes, I think you’re fine.

But that’s just my opinion. What’s yours? Let us know in the comments.