Life The Trials That Don’t Go Away 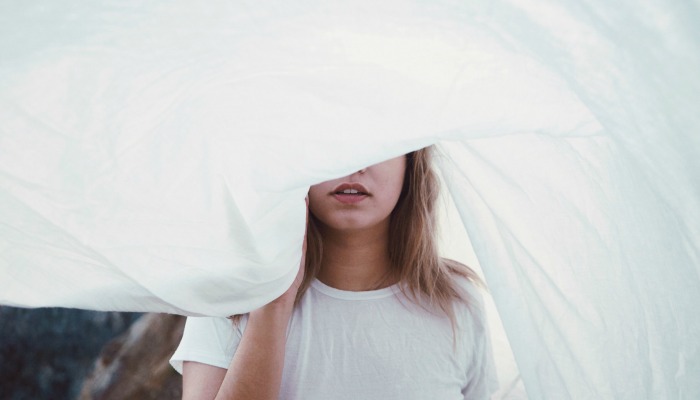 We hear all the time about overcoming trials—but what about the trials that stay with us? The ones that won’t go away?

In Breakfast at Tiffany’s, Audrey Hepburn’s character, Holly Golightly, tells Paul (George Peppard) that she has the mean reds.

“You know those days when you get the means reds?”

“Same as the blues?”

“No,” Holly replies slowly. “The blues are because you’re getting fat and maybe it’s been raining too long; you’re just sad, that’s all. The mean reds are horrible. Suddenly you’re afraid and you don’t know what you’re afraid of. Do you ever get that feeling?”

I’ve had that feeling. I’ve had that feeling for as long as I can remember. When I was in elementary school, I would get incredibly nervous when we would have scheduled fire drills. It wasn’t the sound—in fact, I was fine when I didn’t know there would be a fire drill. I became anxious when I knew it was going to happen. It doesn’t make much sense, but knowing what I know about myself now, I realize that I was a first grader with crippling anxiety. I would fake being sick so my mom would come get me before the fire drill. When I tried to explain to her what bothered me about knowing there would be a fire drill, I couldn’t. I couldn’t put words to what I was feeling. I couldn’t describe the all-consuming panic in my brain that something was going to happen.

I Couldn’t Make Myself Stop 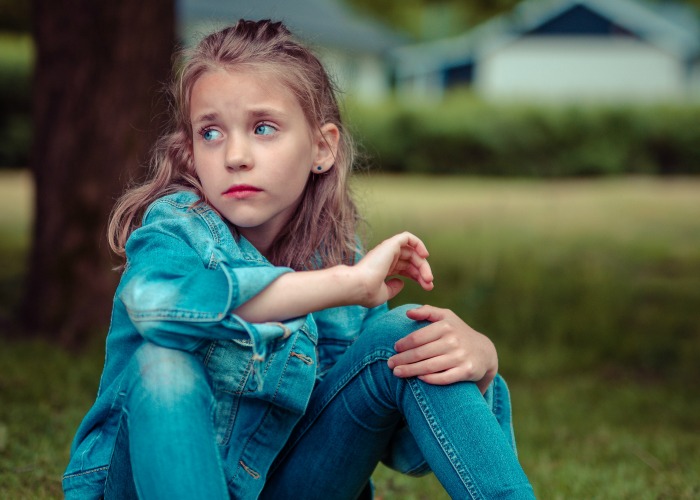 It wasn’t just fire drills, though. I would worry about anything and everything. I was the queen of overthinking. People would tell me to stop worrying, but I couldn’t.

In church, my Mia Maid advisor told us that we have control over our thoughts. This wasn’t the first time I had heard that, but it was the first time that I realized that I could not control my anxious thoughts. I felt broken and ashamed because no matter how hard I tried, I would get pulled into deep, dark thought spirals. I was completely at the mercy of whatever thought gremlin was in charge of my brain. I knew it wasn’t normal, but I didn’t know what to do. So I did nothing.

My high school experience was a cycle of thought spirals surrounding my sense of self-esteem, perfectionism, and insecurities. It was no way to live. I was lucky enough to have people surrounding me that pulled me up out of the darkness at my worst points. That same Mia Maid advisor could always tell when there was something wrong with me and she wouldn’t let me just shrug it off—she made me talk to her and I felt seen. My sister would go out of her way to be there for me. I never told her about what was going on in my head, but she sensed I was not okay. I was surrounded by people who loved me and did their best with a high-strung ball of nerves.

When I was on my mission, my anxiety came and went as it pleased. There was an entire transfer that I was so anxious I couldn’t sleep or eat. There were days I got sucked into that too-familiar spiral of self-doubt. Yet even still, I didn’t realize I had anxiety. All the activity on the mission made it very easy to ignore everything that was going on inside me. Then, when I got home, I was a crazy mess. I thought it was all about my issues with self-esteem, but that was only a symptom of the underlying problem.

My last year in undergrad was the worst anxiety I’ve ever experienced. The best way to describe it is in the words of Chidi Anagonye:

“You know the sound that a fork makes in the garbage disposal? That’s the sound my brain makes all the time.”

One Sunday I had to leave church and go home. I didn’t know why, but I just couldn’t stay there. I had to get out. I went home and I sorted gummy bears by color and listened to “Blackbird” by the Beatles on a loop for two hours. I felt like I could not shut my brain off no matter what I did. I started doing some things that were, for me, self-destructive. They were small, but I didn’t like the direction those habits were taking me. I talked to my bishop and he suggested I see a therapist because he saw what I couldn’t: I was searching for control in all the wrong ways. 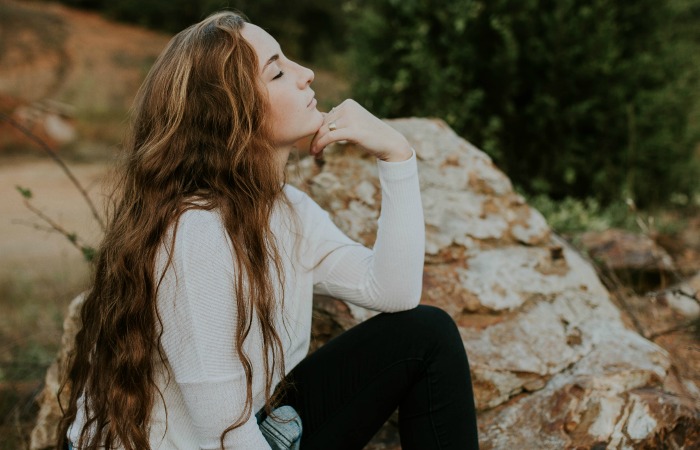 I started meeting with a therapist and he helped me confront my anxiety. He made me come up with positive coping mechanisms for when I felt out of control. My favorite thing he told me is that anxiety is part of the fight or flight response and that it is an important part of being human—but that unfortunately, my brain can’t tell the difference between a test and a bear. Once I understood what was going on with my brain, it was easier to calm it down. I found it was really helpful to just tell someone I trusted, “I’m feeling anxious and it’s because…”

Much of the time, the person I trusted was my mom. Initially, it was difficult to tell her about my anxiety because earlier in my life when I would tell people what made me worried, they would tell me not to worry so much—but my brain would not let the worry go and this would usually result in them being frustrated with me. I would think, “I’m not trying to be difficult. I also don’t want me to be doing what I’m doing!” Thankfully, my mom was never dismissive. She was very empathetic and shared with me her experience with postpartum anxiety. That made me feel less broken and alone.

My anxious brain is part of me. I have come very far, but I still have days where I can’t quite breathe and my brain won’t calm down. Just a few weeks ago, I was at the grocery store and I just felt like I either had to sit on the floor and cry or get out of there immediately. I’ll probably have panic attacks again in the future.

When I was on my mission, I heard a line in a talk that resonated with me:

“Brothers and sisters … acknowledge and face your weaknesses, but don’t be immobilized by them, because some of them will be your companions until you depart this earth life.”

I knew in that moment that my biggest difficulties—anxiety, perfectionism, self-doubt—were going to be part of me for the rest of my life. I couldn’t outrun them or bury them deep inside me. I have to face them or they will eat me alive.

Too often we focus on overcoming trials and not on the possibility that they may stay with us. There will be passing phases of our lives and trials that accompany them, but the biggest struggles of our lives will probably be with us until the end. We have to learn to carry those burdens and live with them instead of wishing that one day they will go away. In one of my most difficult moments, I read Elder Holland’s talk “Like a Broken Vessel.” I felt so broken, but reading it was comforting in an unusual way.

“In striving for some peace and understanding in these difficult matters, it is crucial to remember that we are living—and chose to live—in a fallen world where for divine purposes our pursuit of godliness will be tested and tried again and again.” (Emphasis added.)

I was reminded that I chose this life. Back before I came to Earth, I chose to be tested. I knew this life would be incredibly difficult, but I accepted the call to come anyway. There is power in knowing that this was my choice. Elder Holland goes on:

“Of greatest assurance in God’s plan is that a Savior was promised, a Redeemer, who through our faith in Him would lift us triumphantly over those tests and trials, even though the cost to do so would be unfathomable for both the Father who sent Him and the Son who came. It is only an appreciation of this divine love that will make our own lesser suffering first bearable, then understandable, and finally redemptive.”

We are here on this earth to understand how much we need Jesus’s Atonement for all of the things that break us.

When I Am Weak, Then Am I Strong 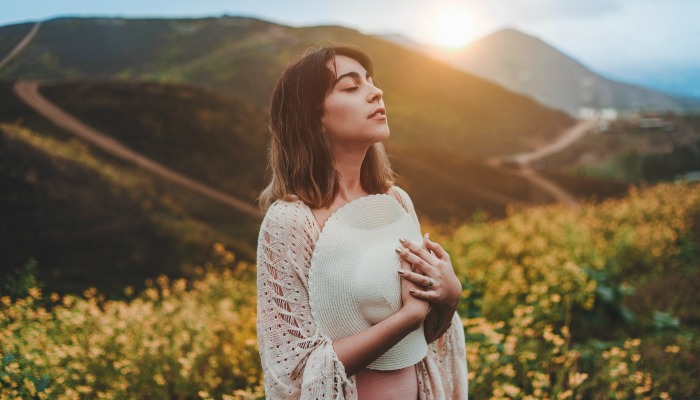 Though we don’t know what the apostle Paul’s trial was, we do know that it was a permanent one. Just as I have, Paul prayed that the Lord would take away the problem—but when he didn’t, Paul had to learn how to cope with it. He wrote:

For this thing I besought the Lord thrice, that it might depart from me.

And he said unto me, My grace is sufficient for thee: for my strength is made perfect in weakness. Most gladly therefore will I rather glory in my infirmities, that the power of Christ may rest upon me.

Therefore I take pleasure in infirmities, in reproaches, in necessities, in persecutions, in distresses for Christ’s sake: for when I am weak, then am I strong.“

Some of our trials are never going to leave us in this life, and that’s okay because they can make us more like our Savior. By learning to patiently cope with them and have compassion for ourselves and others, we can become our best selves.

When I do have difficult moments—moments where I don’t feel patient or compassionate with myself—I try my best to lean on Heavenly Father. I’m often searching for understanding or a validation of what I’m feeling. More than once, I’ve thought of the words from Isaiah: “Thy walls are continually before me.” Heavenly Father is aware of my struggles. He sees how hard it is for me to feel like my thoughts aren’t really my own. Just as I know that He’s cried with me, I know He’s been with me in the moments where I can’t breathe and I’m so scared but I don’t know why.

I always hoped that I would come out the other side of anxiety, but  instead, Heavenly Father has given me peace in moments of deep distress.

Instead of healing me, He is teaching me.