Faith What to Do When You Can’t Fast

Fasting is hard. I mean, no French fries?! Is that even the kind of world I want to live in? (Yeah, I know. I’m really dramatic. Especially when it comes to fries, pizza, milkshakes, and literally all foods…. Except for you, peas. We will never be friends.)

Okay, so fasting is hard no matter who you are, but the blessings make it completely worth it. Yet for some people, fasting isn’t just hard — it’s unsafe. So what do you do when you want to follow the Lord’s commandment to fast, but for medical reasons, you can’t go without food for 24 hours?

Don’t become discouraged, because there are plenty of things you can do to have a special and spiritual fast — even with food.

Know What Has (Actually) Been Said 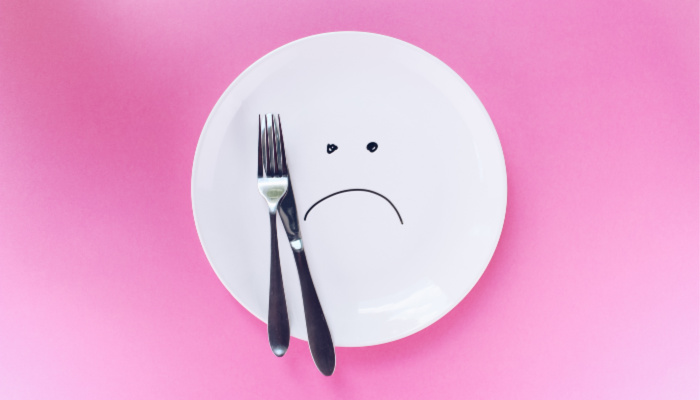 “The Lord has instituted the fast on a reasonable and intelligent basis, and none of his works are vain or unwise. His law is perfect in this as in other things. Hence, those who can are required to comply thereto; … but let it be remembered that the observance of the fast day by abstaining twenty-four hours from food and drink is not an absolute rule. It is no iron-clad law to us, but it is left with the people as a matter of conscience, to exercise wisdom and discretion. Many are subject to weakness, others are delicate in health, and others have nursing babies; of such it should not be required to fast” (Joseph F. Smith, Gospel Doctrine, 5th ed. [Salt Lake City: Deseret Book Co., 1939], pp. 243, 244).

“First of all, there are those people who simply cannot fast. Some individuals actually become ill when they go without food and drink. Some become weak to the point of fainting. Others develop severe headaches or other incapacitating symptoms that indicate that their bodies do not tolerate fasting.

Certain diabetics cannot and should not fast. Surely those who have urinary tract disease and must take medication for this condition must not go without adequate fluids. Individuals who have infections often require food in order to tolerate the antibiotics and fluids to prevent dehydration. Nursing mothers may do well to skip fasting. And there are others with special situations, temporary or permanent, who should not fast” (The New Era, April 1977).

“Teach the importance of “feasting” on the word of Christ during a fast—studying the scriptures and the words of modern prophets, discussing the gospel, singing hymns, serving others, and praying. Those who are unable to fast (such as young children, the sick, or expectant and nursing mothers) can also join in the spirit of the fast in this way” (“The Privilege of Giving a Generous Fast Offering,” Ensign, May 1986).

“An important part of fasting is prayer with a purpose. Even though your medical situation means it would be unwise for you to go without food or drink, you can still focus on someone or something in particular to pray about throughout the day. You can focus on seeking inspiration in dealing with a specific situation, a desire to understand a gospel principle more fully, or expressing gratitude for your blessings. You can also commit to spending more time with the scriptures and in personal prayer and reflection” (The New Era, September 2008).

“Fasting embodies a principle of sacrifice—that of denying oneself something so that he or she can become a more spiritual individual. Perhaps one could sacrifice something other than food or drink in order to accomplish this goal” (Malcolm S. Jeppsen, “I Have a Question,” Ensign, Apr. 1979).

Fasting Suggestions for People Unable to Give Up Food

As President Joseph F. Smith said, there are people in “delicate health” who cannot and should not be expected to fast — at least, fast from food. But since at least part of the purpose of the fast is to abstain from something that we hunger for, perhaps we can apply the same principle to other areas of our lives.

I recently participated in the social media fast advised by President Nelson during the Women’s Session of General Conference. As I refrained from using Facebook, Instagram, Snapchat, etc. for 10 days, I experienced some serious withdrawal. I couldn’t believe how addicted I’d become! In fact, I often found myself mindlessly clicking on the apps, only to quickly close them once I realized what I’d done. Taking the opportunity to fast from social media allows us to focus more on our relationship with God while simultaneously encouraging us to be more mindful about how we spend our time.

Fast from Television and Movies:

Ready for a frightening statistic? (Uh, I actually can’t hear your answer, so if you said no, that’s too bad because I’m going to tell you anyway.) The average American adult spends nearly six hours a day watching television! That’s practically a full-time job. If you find yourself spending too much time staring at your television screen, taking 24 hours to fast from TV and movies is probably a good idea.

In the immortal words of Ron Swanson, “You had me at meat tornado.” For many of us, our meals center around what meat we’re eating, so taking a day to forgo meat might be harder than you think. Several months ago, my husband and I decided we wanted to have at least one meat-free day a week — and it was way more difficult than I anticipated. At first, I found myself craving meat and feeling unsatisfied after meals, but soon I adjusted to it and even looked forward to it.

Eat Foods That “Don’t Excite You”:

When it comes to eating, no one wants to chow down on something they don’t like or aren’t excited about. I might get excited about a plate of pasta, but if someone switched out that pasta with a bunch of carrot sticks? I’d swear vengeance and hunt them down to give them a swirly. Really, though, no one looks forward to eating bland foods, and it’s hard to pass up something delicious in favor of something subpar at best. Along those lines, choosing to eat foods that don’t excite you on Fast Sunday is a form of sacrifice — and you’ll be surprised by how much it feels like fasting.

The blessings of fasting, in whatever capacity that might be, are manifold. As we strive to abstain from something we love and perhaps even rely on, we’ll find that our resolve and self-control are strengthened — but even better, we’ll find ourselves closer to the Lord and more in tune with His spirit.

Remember, God isn’t in Heaven tallying on a chalkboard how many meals you’ve skipped — He’s looking at your heart and blessing you for the sacrifices you’re willing to make. 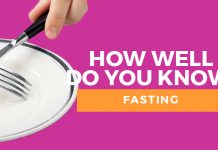 What do you Know About Fasting? 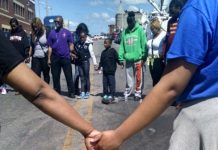