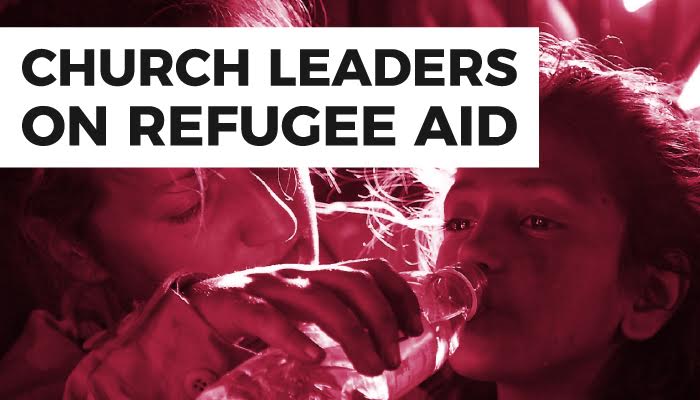 With the Supreme Court’s recent decision upholding aspects of President Trump’s travel ban the issues of refugee resettlement and immigration policy are once again matters of public discussion. While the LDS church doesn’t take a stance on politics, leaders frequently and vehemently urge members to reach out in service to refugees, many of whom come here with nothing, having seen their homes and very lives destroyed in the wake of devastating wars. The following statements regarding service to those who have been harmed by war should guide our response to the refugee crisis.

Being a Refugee Does Not Define Them

In his April 2016 address “Refuge from the storm” Elder Kearon reminds us that Christ himself was a refugee in Egypt and that the early Saints were continually driven out of their homes before settling the Utah Valley. Elder Kearon tells us his focus in speaking centers on the human lives at stake, rather than the political debate, because of the very real horrors refugees face.

“The Lord has instructed us that the stakes of Zion are to be ‘a defense’ and ‘a refuge from the storm.’ We have found refuge. Let us come out from our safe places and share with them, from our abundance, hope for a brighter future, faith in God and in our fellowman, and love that sees beyond cultural and ideological differences to the glorious truth that we are all children of our Heavenly Father…

“Being a refugee may be a defining moment in the lives of those who are refugees, but being a refugee does not define them. Like countless thousands before them, this will be a period—we hope a short period—in their lives. Some of them will go on to be Nobel laureates, public servants, physicians, scientists, musicians, artists, religious leaders, and contributors in other fields. Indeed, many of them were these things before they lost everything. This moment does not define them, but our response will help define us.

If Their Story Were my Story

Just last year Sister Linda K Burton of the general Relief Society Presidency encouraged Sisters to reach out in service to refugees around the world. She began her address by accounting how pioneer women gave what they could to rescue those who were stranded on the plains. She explains that we have brothers and sisters today who need help just as the pioneer handcart companies. Sister Burton continues,

“There are more than 60 million refugees, including forcibly displaced people, worldwide. Half of those are children. “These individuals have undergone tremendous difficulties and are starting over in … new countr[ies] and culture[s]. While there are [sometimes] organizations that help them with a place to live and basic necessities, what they need is a friend and ally who can help them [adjust] to their new home, a person who can help them learn the language, understand the systems, and feel connected…”

“…As we consider the ‘pressing calls’ of those who need our help, let’s ask ourselves, ‘What if their story were my story?’ May we then seek inspiration, act on impressions we receive, and reach out in unity to help those in need as we are able and inspired to do so. Perhaps then it might be said of us, as the Savior said of a loving sister who ministered to Him: ‘She hath wrought a good work. … She hath done what she could.’ I call that extraordinary!”

Welcome and Love All of God’s Children

Unlike others who have spoken about refugee aid, Elder Dieter F Utchforf of the first presidency lived through the horrors of a domestic war, which tore apart lives, homes and livelihoods. In a 2010 address on service entitled “You are my Hands”  Elder Utchdorf recounts the following story:

“When I was a young boy, during the aftermath of World War II, Germany was broken and in ruins. Many people were hungry, sick, and dying. I remember well the humanitarian shipments of food and clothing that came from the Church in Salt Lake City. To this day, I can still remember the smell of the clothing, and I can still taste the sweetness of the canned peaches.

“There were some who joined the Church because of the goods they received at that time. Some members looked down on these new converts. They even called them an offensive name: Büchsen Mormonen, or ‘Canned-Food Mormons.’ They resented these new members because they believed that once their temporal needs had been met, they would fall away.

“While some did leave, many stayed—they came to church, tasted the sweetness of the gospel, and felt the tender embrace of caring brothers and sisters. They discovered “home.” And now, three and four generations later, many families trace their Church membership back to these converts.

In March of 2016 the First presidency issued a letter announcing the creation of the “I Was a Stranger” Initiative, and calling upon members, especially sisters, to reach out in service and love. The Letter from the first presidency can be read in full online. In this letter, The Prophet of God instructs us to aid refugees saying the following:

“One of the fundamental principles of the restored gospel of Jesus Christ is to ‘impart of your substance to the poor, every man according to that which he hath, . . . administering to their relief, both spiritually and temporally, according to their wants’ (Mosiah 4:26). . . .

“. . . ‘I Was a Stranger’ gives sisters a way to serve as individuals, in families, and in organizations and to offer friendship, mentoring, and other Christlike service to the refugees in our midst…”

Regardless of political opinions surrounding this issue, we have been invited by emissaries of The Lord to assist the efforts in resettling and rehabilitating refugees. They are our brothers and sisters, regardless of religion, race or nationality. When we serve them, we serve Christ.

To find out how to get involved visit IWasaStranger.org and tell us in the comments how church service has touched your life.