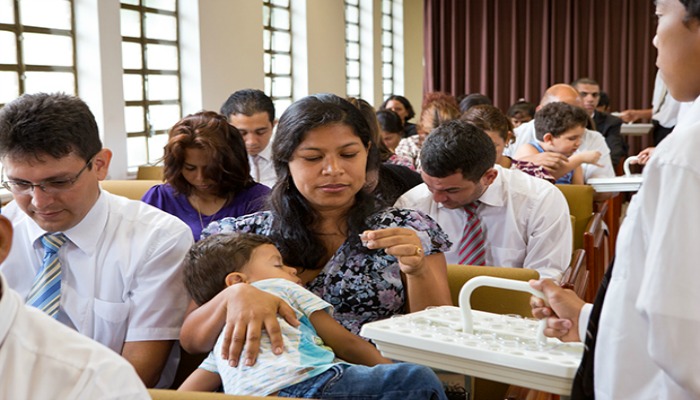 Miracles are a huge part of the New Testament. The works of Jesus were indicative of His divine sonship. He restored sight to the blind and raised the dead. But not every premature death was reversed, and not every blind person was healed.

“But I tell you of a truth, many widows were in Israel in the days of Elias, when the heaven was shut up three years and six months, when great famine was throughout all the land; But unto none of them was Elias sent, save unto Sarepta, a city of Sidon, unto a woman that was a widow. And many lepers were in Israel in the time of Eliseus the prophet; and none of them was cleansed, saving Naaman the Syrian.” (Luke 4:25—27)

If the Son of God was able to heal any malady and prolong any life, and if He was as kind and merciful as the scriptures tell us, why didn’t He heal more people? Why did He only send His servant to a single widow and unto one leper? Unless God is stingy with His power there must be an explanation for His use of miracles. 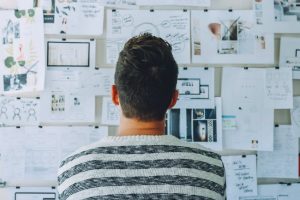 The research suggests that those who undertake highly visible prosocial acts are motivated to do so for the purpose of raising their personal stock. They want people to know the kind of person they are; a leader, caring, capable, etc. Benevolent actions that are visible and extraordinary in their scope are highly attractive. Those who benefit from them, and those who merely witness them, are drawn to the person who perpetrated the publicized event.

More subtle prosocial actions are motivated by the desire to indicate a long term desire. If someone shares a little food with you today, it indicates that they will be willing to share a little more in the future. These more low-key actions promote long term trust and commitment between the giver and the receiver. 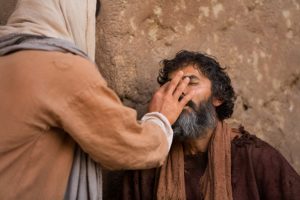 The Lord tells us that He knows all of the thoughts and intents of our hearts. He knows all about humans, including the two kinds of prosocial acts that we engage in. He also tells us that He teaches people the gospel in a way that they will understand. Why then are His miracles so selective?

For exactly the same reasons that the study suggested people undertake public and highly costly prosocial actions; To let the recipients and bystanders know the kind of person that He is. Healing the blind lets us know He can exercise the power of God. Raising the dead is a shadow of His eventual triumph over death. Grand miracles are suggestive of His infinite compassion and the mercy that He is able to provide.

The immediate attraction to a miracle man was also a reason for performing selective miracles. His works were designed to draw all people to him. His ultimate miracle, dying and being resurrected again, cost Him His life. He sacrificed His whole soul so that people would be attracted to Him and His gospel. For thousands of years since then, war, apostasy, famine, and disease, have not stopped people from being drawn to Him.

The study used Martu hunter-gatherer women as an example of subtle prosociality. The women who gathered the most food on a given day give away small portions of their bounty to the whole community. Researchers determined this was a subtle way of suggesting the women’s intent to always serve the community. Twice the Savior provided a little food to a whole community and He commands that just a little bread and water be administered on a weekly basis, an interesting similarity.

Miracles are always a part of the Savior’s living church yet many members of the Church of Jesus Christ of Latter-day Saints go their whole lives without seeing anything particularly miraculous. What all members do receive is the Savior’s substle prosociality.

Or in other words, His ordinances.

The power of God is manifest in the ordinances of the restored gospel. While miracles are selective, ordinances are universal. The Lord desires all people to receive them. Ordinances correlate with what the study discovered about more subtle prosocial behavior.

They are more subtle (than miracles) and less costly. Baptism is symbolic of death and resurrection but no one really dies in the process. The sacrament is symbolic of the sacrificed body and blood of Christ, but He does not visit Gethsemane and Golgotha every time a sacrament meeting is held.

Ordinances are private, individual prosocial acts. They are the result of the Lord reaching out to every person to establish a long term relationship of commitment and trust. All ordinances are protected by a covenant or the formalization of that long term relationship. These subtle acts or ordinances indicate long term intentions. The Martu women indicate that they will always provide for their community. God indicates that His spirit to always be with us.

Ordinances allow us to join God’s family, to become His sons and daughters and thereby enjoy the right of divine inheritance. That is why His servants are commanded to get the people ready for baptism and temple ordinances. Miracles do not serve to establish the eternally long term familial relationship He is looking for. In this way, it is no loss if God doesn’t give us a miracle, especially if we are already attracted to Him. Loss would come from missing out or rejecting His subtle prosociality.