Uncategorized Young, Wild, and Free: Should We Adopt An Amish Practice? 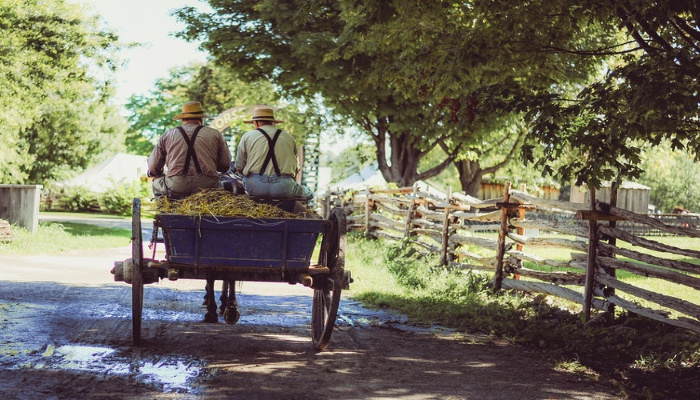 The Amish are a minority religious sect that abstains from anything that comes from the modern world. They also espouse strict Christian morality. This article isn’t a history on the Amish but rather seeks to be an exploration of one of their practices. Rumspringa is a term derived from German that loosely means “running around outside the bounds.” When Amish youth reach 16 they are free, if not encouraged, to run wild.

Religious and community laws relating to sexual morality, substance abuse, entertainment, and other Christian principles are temporarily rolled back as youth decide whether or not they would prefer to live the Amish lifestyle. It is a period of permitted debauchery that is justified as a method to try the youth’s desires. If they really want to live according to the dictates of their religious consciences then they will reject what the outside world has to offer. If they desire riotous living, then they are free to abandon their families, church, and faith.

What if The Church of Jesus Christ of Latter-day Saints had something like this?

Could We Have Rumspringa? 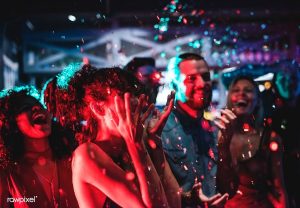 Holy Sodom and Gomorrah Batman! At least that’s what I presume most conservative members of the Church would think. Could you imagine President Nelson holding a worldwide youth devotional and explaining that from the time youth were Priests and Laurels to the time they went on missions or got married, they were free to break whatever commandments they wished? What would happen?

How fast do people drive? At least the speed limit. Rules are generally perceived as limits that dictate how far one can acceptably go. If the speed limit is 25 miles per hour, people will go at least 25 miles per hour. Generally, youth are willing to live within the bounds found in For the Strength of Youth and the scriptures. Without those “speed limits” then the only bounds would be limits on resources and imagination. That is what Amish communities see, young people who experiment with hard drugs, sexual relationships, and whatever else is appealing to, but usually prohibited for, teenagers.

Therefore, it would be safe to say that if we had rumspringa the youth’s righteousness and spirituality would decrease for the duration of their foray into exploratory carnality.

But remember the logic of rumspringa. By getting a full measure of life in the church and in the world, young people are assumed to be better able to, we would say, exercise their agency. Is this justification worth momentary iniquity?

Some Seem to Be Warm To The Idea

A good friend and I were discussing our missions. He made a comment that the best missionaries are those who have repented from serious sins, ya know because in this way they develop an appreciation for redemption, the Savior, and whatever else. He backed up his reasoning by citing the scripture that asks, who is going to be more loving, one who has a little forgiven, or one who has a lot forgiven?

Another friend once told me he wasn’t going to give his kids curfews or parental locks on their devices because he wants them to learn to make good choices on their own.

It would seem that those who feel similarly to my friends wouldn’t necessarily be opposed to adopting some form of rumspringa. It’s good for people to get to make their own choices and learn how to repent they tell me. Perhaps they think that young men and women should have ample opportunity to drink alcohol, cheat at school, or engage in premarital sex.

It will teach them the difference between good and evil, they might say. They will get the experience of deep repentance which will lead to lasting conversion. Isn’t real conversion what we are working toward? Why then don’t we engage in something akin to rumspringa?

Why We Don’t Have Rumspringa 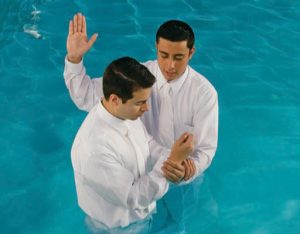 Those who feel like official or unofficial rumspringa might be beneficial are thinking one dimensionally. Is it good for us to know good and evil? Yes. Is it good to repent? Yes. But as Elder Bednar recently explained, all things are to be gathered together, in one, in Christ.

Let’s look at two doctrines that make rumspringa for members of the Church of Jesus Christ of Latter-day Saints untenable.

Good and Evil Come Before All Men

Something that we learn from the scriptures that makes the idea of rumspringa a no-go is that all people are already instructed sufficiently to understand good and evil. If this is the case then there is no need to enroll in supplemental courses in evil. We don’t need to balance the evil and good in our own lives. Among the benefits to our earthly situation is that being presented with evil is a job contracted out to a third party.

We are to be baptized at eight years old, or at least that is the ideal. Exceptions to this ideal are made for those who were not able to be baptized at that tender age. Baptism is for the remission of sins. Its covenant recognizes testimony and commitment. This is the primary obstacle to those who may be warm to the idea of prescribed youthful experimentation. The Amish theologically get away with rumspringa because they don’t administer baptism until people are in their late teens or early twenties.

Related: Can one get baptized without joining any church?

The Lord commands baptism too early to allow for rumspringa. Assuming periods of disobedience after being baptized mocks God. Additionally, after baptism, the gift of the Holy Ghost is given. Heavenly Father intends for a member of His Godhead to attend to His children on a constant basis. This companionship enables and fosters revelation and sanctification. We are told that this Spirit of God will not always strive with man and that it can not dwell with unholy people. If an LDS rumspringa were to be adopted, it would mean that the youth would be intentionally ditching the Holy Ghost. Not good.

While I don’t think the Church will be adopting any Amish practices into its next iteration of the handbook of instructions, I do wonder about how our culture might evolve towards something that might resemble rumspringa.

3 Things That Stand out in the New Young Women Theme