Come, Follow Me for December 30 – January 5: Introductory Pages of the Book of Mormon

“Another Testament of Jesus Christ”

As we begin a new year it’s a good time to rededicate ourselves to learning and sharing the gospel at home. In preparation, decide which version of the Book of Mormon you will use in your study this year. There are simplified versions, Book of Mormon stories for children, versions with running commentary.

Or maybe you’ll provide each member of the family with their own copy to take notes in and highlight. Do you have a highlighting system you want to use? Colored pencils you need to buy? Keep all these supplies in a designated place with your scriptures ready to access. Set up your schedule in a family or group council.

The Book of Mormon is an Abridgment

Mormon was commanded to make selections from the records he and previous prophets had kept. There were some scriptures held back from this abridgment and sealed so that we are not able to access them. These scriptures contain knowledge that we are not yet worthy to have. How we live up to the knowledge we already have will determine when we are ready to receive the sealed portion of the Book of Mormon. What kinds of things can we do to prepare?

Protecting the Book of Mormon

Several things were done to protect the Book of Mormon until God was ready to bring it forth. What were those things? Some ideas: burying the plates, recording it in a language not understood by others.

At the time of Joseph Smith, archaeologists and linguists were just beginning to decipher some Egyptian hieroglyphs. But the Nephites wrote in “Reformed Egyptian”—“the characters which are called among us the reformed Egyptian, [were] handed down and altered by us” and that “none other people knoweth our language” (Mormon 9:32, 34). This means that probably the scholars of Joseph Smith’s time could not have translated it. The prophet used miraculous means to translate it.

The Purpose of the Book of Mormon

“…Which is to show unto the remnant of the house of Israel what great things the Lord hath done for their fathers; and that they may know the covenants of the Lord, that they are not cast off forever—And also to the convincing of the Jew and Gentile that Jesus is the Christ, the Eternal God, manifesting himself unto all nations.”

Although ancient, the Book of Mormon has a lot to say to people in our own, modern times, the last days. Why is there so much in the Book of Mormon about government, freedom, cycles of apostasy, and war? These sections were retained by Mormon because they are important to us.

The Book of Mormon contains plenty of philosophy and theology. Truman Madson, one of the Church’s foremost scholars and a philosopher, said (paraphrased), “Philosophy has all the good questions, but the Church (gospel, Book of Mormon) has all the good answers.” The Book of Mormon deeply discusses the need for an atonement, why there is opposition in mortality, the resurrection, the conditions under which God grows closer to us or ceases to strive with us, the dangers of materialism and pride.

The Fulness of the Everlasting Gospel 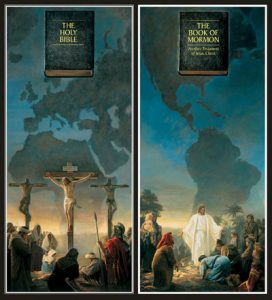 Much of what we know about the Plan of Salvation comes from the Pearl of Great Price and the Doctrine and Covenants, but the Book of Mormon thoroughly defines the consequences of the Fall, the reasons for the Infinite Atonement, and the details of the resurrection. Christ’s visit in person to the righteous Nephites and Lamanites is the crowning event in the Book of Mormon. He is able to reveal much more to them than He did to the Jews in Israel.

Translated by the Gift and Power of God

Those who pray with real intent about the truthfulness of the Book of Mormon can receive a spiritual witness that it is what it claims to be. Joseph Smith kept the details of the translation process mostly to himself and ever since, speculation has been rampant. What is important to you about the translation process? Is it easier to believe that heavenly power was involved or that Joseph plagiarized the book from another source?

The Most Correct Book

How is the Book of Mormon the “most correct book” on the earth? This would make a great discussion, in class, in a group, or in your family. How can we come nearer to God by abiding by its precepts? What precepts does it teach? The Book of Mormon may be the only book in existence that asks us to petition God to find out if it is true. Why is this important?

The Testimonies of Three and Eight Witnesses 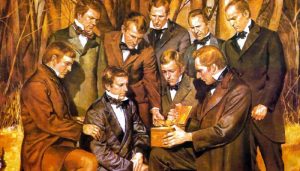 One of the most impressive things about Joseph Smith’s account is that it is written in so humble a manner, without exaggeration of any type. This is not the way a con-man tries to sell his product or increase his influence.

In what ways was Joseph Smith’s calling supported by his loyal family? What qualities did his parents possess that helped the work along? In what ways were his siblings helpful to the work?

What Christ said about the Book of Mormon:

Behold, I say unto you, that you must rely upon my word, which if you do with full purpose of heart, you shall have a view of the plates, and also of the breastplate, the sword of Laban, the Urim and Thummim, which were given to the brother of Jared upon the mount, when he talked with the Lord face to face, and the miraculous directors which were given to Lehi while in the wilderness, on the borders of the Red Sea.

And it is by your faith that you shall obtain a view of them, even by that faith which was had by the prophets of old.

And after that you have obtained faith, and have seen them with your eyes, you shall testify of them, by the power of God;

And this you shall do that my servant Joseph Smith, Jun., may not be destroyed, that I may bring about my righteous purposes unto the children of men in this work.

And ye shall testify that you have seen them, even as my servant Joseph Smith, Jun., has seen them; for it is by my power that he has seen them, and it is because he had faith.

And he has translated the book, even that part which I have commanded him, and as your Lord and your God liveth it is true (D&C 17:1 – 6, emphasis added).

Some interesting articles to help you in your study: 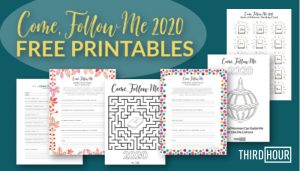