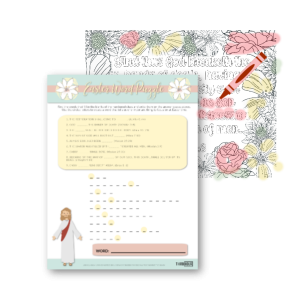 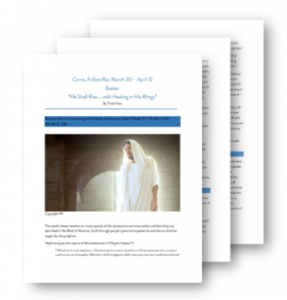 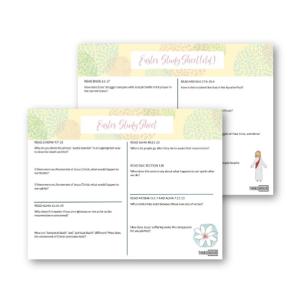 EASTER: “HE SHALL RISE…WITH HEALING IN HIS WINGS”

This week’s lesson touches on many aspects of the atonement and resurrection and how they are described in the Book of Mormon, both through people’s personal experiences and also as doctrine taught by the prophets.

This week’s lesson touches on many aspects of the atonement and resurrection and how they are described in the Book of Mormon, both through people’s personal experiences and also as doctrine taught by the prophets.

Nephi’s brother, the prophet Jacob, analyzes the nature of the atonement in 2 Nephi 9:7-15.

These verses could be difficult to understand. Why, without the resurrection, would our spirits become subject unto Satan? A seminary manual lesson can help us decipher Jacob’s message:

Elder D. Todd Christofferson of the Quorum of the Twelve Apostles said,

“If our separation from God and our physical death were permanent, moral agency would mean nothing. Yes, we would be free to make choices, but what would be the point? The end result would always be the same no matter what our actions: death with no hope of resurrection and no hope of heaven. As good or as bad as we might choose to be, we would all end up ‘angels to a devil’ [2 Nephi 9:9]” (D. Todd Christofferson, “Moral Agency,” Ensign, June 2009, 50).

Elder Jeffrey R. Holland observed, ““The simple truth is that we cannot comprehend the Atonement and Resurrection of Christ and we will not adequately appreciate the unique purpose of His birth or His death-in other words, there is no way to truly celebrate Christmas or Easter- without understanding that there was an actual Adam and Eve who fell from an actual Eden, with all the consequences that fall carried with it.” (Where Justice, Love and Mercy Meet (April 2015)

How did the fall of Adam and Eve change the world? They dwelt in the Garden of Eden, which was paradisiacal, terrestrial. When they fell, the world fell into a telestial state. We are not depraved or completely fallen because of the fall of Adam, but we live in a fallen world.

How can we tell that our world is fallen? One of the ways is the fact that all people experience temporal death. Before the fall, this did not occur. Without the fall, then, there would have been no need for the resurrection. It was all part of the plan.

As Alma was contending with Zeezrom, he explained about the role of Jesus Christ as it relates to temporal death specifically:

41 Therefore the wicked remain as though there had been no redemption made, except it be the loosing of the bands of death; for behold, the day cometh that ball shall rise from the dead and stand before God, and be judged according to their works.

43 The spirit and the body shall be reunited again in its perfect form; both limb and joint shall be restored to its proper frame, even as we now are at this time; and we shall be brought to stand before God, knowing even as we know now, and have a bright recollection of all our guilt.

44 Now, this restoration shall come to all, both old and young, both bond and free, both male and female, both the wicked and the righteous; and even there shall not so much as a hair of their heads be lost; but every thing shall be restored to its perfect frame, as it is now, or in the body, and shall be brought and be arraigned before the bar of Christ the Son, and God the Father, and the Holy Spirit, which is cone Eternal God, to be judged according to their works, whether they be good or whether they be evil.

Pres. Brigham Young taught: The earth will abide its creation, and will be counted worthy of receiving the blessings designed for it, and will ultimately roll back into the presence of God who formed it and established its mineral, vegetable, and animal kingdoms. These will all be retained upon the earth, come forth in the resurrection, and abide for ever and for ever.” (Journal of Discourses 8:8)

Christ’s atonement overcame the fall of Adam, and that is why when little children die, they are exalted. That is why we are all resurrected at some point. That is why we can repent and become clean enough to gain exaltation. Why doesn’t it matter if you are righteous or not as far as the resurrection is concerned? Why is this a free gift from Christ’s atonement? Discuss “temporal death” and “spiritual death.” How are they different? How does the atonement of Christ overcome both?

Alma the Younger taught his son Corianton many doctrines regarding death and resurrection. In Alma chapter 40 he states:

21 … there is a space between death and the resurrection of the body, and a state of the soul in happiness or in misery until the time which is appointed of God that the dead shall come forth, and be reunited, both soul and body, and be brought to stand before God, and be judged according to their works.

22 Yea, this bringeth about the restoration of those things of which has been spoken by the mouths of the prophets.

Where do people go after they die to await their resurrection? Read together Section 138 of the Doctrine and Covenants. This knowledge is only had by The Church of Jesus Christ of Latter-day Saints. Why is this knowledge precious?

5 And thus the flesh becoming subject to the Spirit, or the Son to the Father, being one God, suffereth temptation, and yieldeth not to the temptation, but suffereth himself to be mocked, and scourged, and cast out, and disowned by his people.

6 And after all this, after working many mighty miracles among the children of men, he shall be led, yea, even as Isaiah said, as a sheep before the shearer is dumb, so he opened not his mouth.

8 And thus God breaketh the bands of death, having gained the victory over death; giving the Son power to make intercession for the children of men—

9 Having ascended into heaven, having the bowels of mercy; being filled with compassion towards the children of men; standing betwixt them and justice; having broken the bands of death, taken upon himself their iniquity and their transgressions, having redeemed them, and satisfied the demands of justice.

14 Now I say unto you that ye must repent, and be born again; for the Spirit saith if ye are not born again ye cannot inherit the kingdom of heaven; therefore come and be baptized unto repentance, that ye may be washed from your sins, that ye may have faith on the Lamb of God, who taketh away the sins of the world, who is mighty to save and to cleanse from all unrighteousness.

Why was it necessary for Jesus to suffer so much during His life and during His death?

How does this suffering make Jesus’ compassion and concern for you perfect?

What happens to us if we don’t repent?

Is there an opportunity to repent after death?

What happens to us if we go to the judgment still refusing to repent? Search D&C Section 19 for insights.

RELATED: How Does Christ’s Resurrection Affect You?

Many scriptures illustrate the personal effects of the atonement and the way people feel as they humbly access its power.

As Enos wrestled with God, the following occurred:

4 And my soul hungered; and I kneeled down before my Maker, and I cried unto him in mighty prayer and supplication for mine own soul; and all the day long did I cry unto him; yea, and when the night came I did still raise my voice high that it reached the heavens.

5 And there came a voice unto me, saying: Enos, thy sins are forgiven thee, and thou shalt be blessed.

6 And I, Enos, knew that God could not lie; wherefore, my guilt was swept away.

8 And he said unto me: Because of thy faith in Christ, whom thou hast never before heard nor seen. And many years pass away before he shall manifest himself in the flesh; wherefore, go to, thy faith hath made thee whole.

Enos went through a great struggle. How does it compare with Joseph Smith’s first prayer in the Sacred Grove? Enos’ father was Jacob, who had seen Christ when he was still very young and taught and prophesied ever after. How is Enos’ progress different than his father’s? Did Jacob have to go through a “mighty change”? Did Enos? What was Enos’ life like after his wilderness prayers?

The people of King Benjamin had a powerful conversion experience as well. In Mosiah 5:2-4 the people affirm:

2 Yea, we believe all the words which thou hast spoken unto us; and also, we know of their surety and truth, because of the Spirit of the Lord Omnipotent, which has wrought a mighty change in us, or in our hearts, that we have no more disposition to do evil, but to do good continually.

3 And we, ourselves, also, through the infinite goodness of God, and the manifestations of his Spirit, have great views of that which is to come; and were it expedient, we could prophesy of all things.

4 And it is the faith which we have had on the things which our king has spoken unto us that has brought us to this great knowledge, whereby we do rejoice with such exceedingly great joy.

How was the experience of King Benjamin’s people like Enos’ experience?

In Mosiah 27, we see a different situation. Alma and the sons of Mosiah did not choose to repent until they were interrupted in the middle of their wickedness. After the angel rebuked Alma, he was overcome and lost the use of his limbs. Once he regains his strength and can speak again, he tells the people of his marvelous experience:

28 For, said he, I have repented of my sins, and have been redeemed of the Lord; behold I am born of the Spirit…

29 My soul hath been redeemed from the gall of bitterness and bonds of iniquity. I was in the darkest abyss; but now I behold the marvelous light of God. My soul was cracked with eternal torment; but I am snatched, and my soul is pained no more.

30 I rejected my Redeemer, and denied that which had been spoken of by our fathers; but now that they may foresee that he will come, and that he remembereth every creature of his creating, he will make himself manifest unto all.

31 Yea, every knee shall bow, and every tongue confess before him. Yea, even at the last day, when all men shall stand to be judged of him, then shall they confess that he is God; then shall they confess, who live without God in the world, that the judgment of an everlasting punishment is just upon them; and they shall quake, and tremble, and shrink beneath the glance of his all-searching eye.

How is this incident like that of the Apostle Paul? Describe their mighty change of heart? Was it a peaceful experience or difficult? What are the aspects of the struggles of Paul, Enos, and Alma? Why did they bear testimony of their struggle when they taught the gospel going forward? Why were the prayers of other people helpful in their conversion?