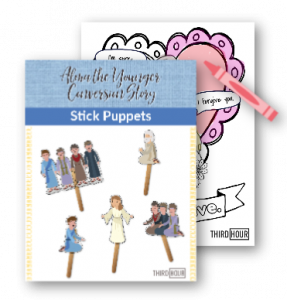 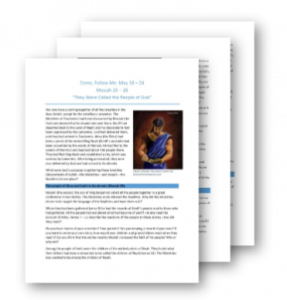 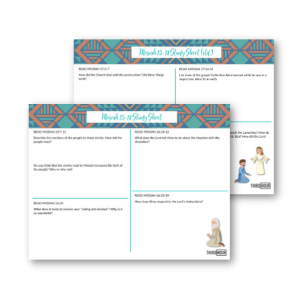 We now have a coming together of all the Israelites in the New World, except for the rebellious Lamanites. The Mulekites of Zarahemla had been discovered by Mosiah (the first) and desired that he should rule over them. Zeniff had departed back to the Land of Nephi and his descendants had been oppressed by the Lamanites. God had delivered them, and they had arrived in Zarahemla. Alma (the Elder) had been a priest of the wicked King Noah (Zeniff’s son) who had been converted by the words of Abinadi. He had fled to the waters of Mormon and baptized about 400 people there. They had fled King Noah and established a city, which was overrun by Lamanites. After being persecuted, they were also delivered by God and had arrived in Zarahemla.

What were God’s purposes in gathering these Israelites (descendants of Judah—the Mulekites—and Joseph—the Nephites) in one place?

The people of Alma and Limhi in Zarahemla (Mosiah 25):

Mosiah (the second, the son of King Benjamin) called all the people together in a great conference in two bodies. The Mulekites outnumbered the Nephites. Why did the Mulekites desire to be taught the language of the Nephites and have them rule?

When they had been gathered (verse 5) he had the records of Zeniff’s people read to those who had gathered. All the people had wondered what had become of Zeniff. He also read the account of Alma. Verses 7 – 11 describe the reactions of the people to these stories. How did they react?

Do you have stories of your ancestors? Your parents? Are you keeping a record of your own? If you were to write your own story, how would your children and grandchildren react when they read it? Do you think that the stories read by Mosiah increased the faith of his people? Why or why not?

After Mosiah had spoken to the people, he asked Alma the Elder to speak. The people were in large groups, and Alma went from group to group, preaching faith and repentance (verse 15). He also counseled people to remember how the Lord had delivered them. Note that everyone (including the Lamanites) had a deliverance story. Can you remember them all? Why are deliverance stories important for us to remember? How do they increase our trust in God?

King Limhi and his people wanted to be baptized. Who baptized them? After they were baptized, what were they called (verse 18). Mosiah asked Alma to establish congregations throughout all of Zarahemla and to ordain priests and teachers in each congregation (verse 19). How many congregations were created (verse 23)? Look at verse 24. How did God reward the people?

Trouble in the rising generation (Mosiah 26):

Remember that when King Benjamin had gathered his people together, every one of them had desired to take upon themselves the name of Christ and to keep His commandments. They had all been “born again” and had no desire to do evil, but had love for everyone.

Many in this generation would not call upon God (verse 4), so they remained in their carnal and sinful state. Do you see this in your own culture today? People in this situation often think that whatever they do is okay, so they feel no guilt and get angry when they feel like someone else is judging them.

In verse 5 it says that these people were just half as many as the believers, but their numbers grew as active members of the Church fell away and joined them. The Church had to discipline some of these dissenters (verse 6).

Read Isaiah 29:18 – 24. These verses talk about different kinds of people who stumble—the scorner, those who “watch for iniquity,” those who try to make our words into offenses, those who “lay a snare” for believers, and those who either “err in spirit” or murmur. How do you identify these people today? What does God say will happen to them?

The dissenters were taken before Alma. He didn’t know them personally, but believers testified against them. In verse 10 we see that this was a new situation for Alma; he had never seen anything like this happen before. He sent them to the king, but King Mosiah sent them back to Alma. So here we have a situation where “crimes” are religious in nature and are to be tried by the Church and not the state. How does this work in your culture today?

In verse 13 we see that Alma had to seek counsel from God to know what to do. In verses 15 – 20, God tells Alma that he is personally blessed. Many times in the Book of Mormon, prophets go to the Lord because of concern for the people and the Lord tells them that they themselves are in good standing. Can you think of any? In verse 20, Alma receives his “calling and election.” What does this mean? Why is it so wonderful?

The Lord goes on to teach Alma many things other than what Alma directly asked for. Why? In verse 28, Alma begins to receive his answer. What does the Lord tell Alma to do (verses 28 – 32)? How did Alma respond to these instructions (verses 33 – 39)?

The conversion of Alma the Younger and the Sons of Mosiah (Mosiah 27):

In verse 1, we see how much the unbelievers were persecuting the members of the Church. So much so, that they went to Alma and Mosiah both for help. That brought a proclamation from King Mosiah to try to end the persecution. Look at verses 3 – 5 to see what was done in the Church. Did these things work (verse 6, 7)?

Verse 8 talks about Alma and the Sons of Mosiah. How could the sons of a righteous king and great high priest become so wicked? What happens when a gifted person, a natural leader, is wicked? (See verses 8, 9.)  The scriptures say that Alma was “idolatrous.” Can a person be idolatrous without believing in other gods as a religion? Beginning in verse 10, we see that God intervenes. In verse 14, we find out why. What is the power of prayer?

Many faithful parents in the Church are praying for their children who have turned away from the gospel, but most don’t receive an experience like Alma’s. What are other ways these parents’ prayers might be answered? In verse 16, the angel who appeared to Alma and the sons of Mosiah reminds them of the deliverance of their fathers. We have talked about deliverance stories and the importance of remembering them.

All of the young men fell to the earth more than once, but Alma is the only one who became helpless and had to be carried to his father. What did his father do? (See verses 20 – 23.) Why did God choose Alma for this experience and not the sons of Mosiah? Read about Alma’s experience in verses 24 – 31. Alma learned much doctrine during the time he was helpless. What are some of the gospel truths he learned?

What did Alma and the sons of Mosiah do after Alma recovered his strength (verses 32 – 37)? How were they “born again”?

The sons of Mosiah go to preach to the Lamanites (Mosiah 28):

The sons of Mosiah went to petition their father to allow them to go to preach to the Lamanites. How do you suppose that they got this idea? What did they hope would be the outcome? How do we know that King Mosiah worried about this idea (verses 5 – 7)? How did the Lord answer the king’s prayer?

King Mosiah translated the plates found by the people of King Limhi (verses 11 – 17). Who had kept this record? Remember that there were only 24 of these plates and the record they contained went all the way back to Adam. So, this was not a daily, weekly, monthly, or even yearly record. Mosiah gave the translation to his people and it made them very sad (verse 18) but the knowledge they gained was very valuable. What brought on their sadness and how did the knowledge help to make them wiser?