“Be Perfectly Joined Together”

As we begin to study Paul’s epistle (official letter) to members of the church in Corinth, here’s some background on this fascinating place. 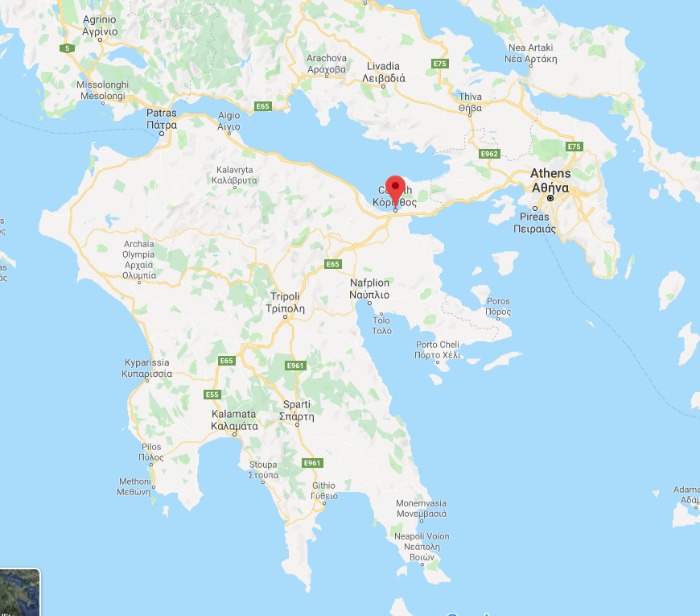 Corinth has an ancient history, but we’re going to begin with the Romans taking over from the Greeks. Rome conquered Corinth in 146 B.C. The Roman general killed all the men, sold everyone else into slavery and burned the city. In 44 B.C. Julius Caesar refounded Corinth and began to rebuild. Development continued, and Corinth became a major trade city with a population of Romans, Greeks, and Jews.

Paul first visited Corinth in 49 or 50 A.D. What he found was a vibrant city, full of traders and sailors but pretty wild and sinful.

The city of Corinth was the Las Vegas of the ancient world. It was located on an isthmus that allowed sailors, merchants, refugees and adventurers from all over the world to mix together, blending their customs and ideas. Corinth was rich with agriculture and a variety of export products. The city had adopted a “pleasure now” philosophy and nearly anything went in this party city. There was a saying; “Not everyone can go to Corinth,” meaning that if you were lucky enough to visit Corinth, live it up!

According to one commentator, “It must be remembered that Corinth was one of the most wicked cities of ancient times and that the church was surrounded by heathen customs and practices” (What Happens in Corinth Stays in Corinth).

Paul was able to find converts among both the Jews and Gentiles of Corinth, and we can assume that the most likely to convert were the people who actually lived there and were not just passing through. Still, there was a constant pull from the uninhibited culture, and it took a lot to keep the new saints moral.

Paul not only fought against unchastity but against discord that arose among the congregations in Corinth. He expressed in his letters that he wished he could teach them more doctrine, but he had to withhold it from them because of their unreadiness.

That there be no division among you (1 Corinthians 1):

There were always divisions in the church between the Gentile and Jewish converts. Usually, it was because the Jews expected the Gentiles to adopt a Jewish lifestyle when they became Christians. Remember that it took quite a while for Christianity to be viewed by anyone as a separate and distinct religion. Originally and for many years, it was viewed as a sect or offshoot of Judaism.

This ongoing strife, of course, generated cultural judgment that we are all-too-familiar with. A couple of years ago I saw a Latter-day Saint woman associated with the world of entertainment. I assumed she was not temple-endowed because of her choice of clothing. I assumed she was worldly because of her obvious plastic surgery and thin figure. That is cultural judgment. How would the Jewish believers of Paul’s time have judged the Gentile believers and vice-versa? A good discussion.

The Spirit versus the natural man (1 Corinthians 2):

Paul talks about how the wisdom of God can only be discerned by the Spirit and how it’s a mystery. The wisdom of the world is temporary. We can look around us today and see how much of the world’s wisdom is actually folly. The world, however, discounts the value of “unseen” wisdom.

Some people who choose to leave the Church now think they are expanding their horizons, while their knowledge and potential is actually shrinking in relation to eternal truth. How is the wisdom of the world “small”?

Paul has to speak with the Corinthian saints in carnal terms because they are not ready to understand the spiritual things Paul already knows. How often does this happen with us? Some people in the Church today complain that “meaty” doctrines and history of the Church are not discussed in Sunday School. But the lessons are geared towards the weakest of us for our protection. Many of us are just not ready for the meat. What is the danger of being given meat when we can only digest milk?

Paul calls the members carnal because they are choosing heroes among the church leadership to follow and identify with. Suppose we did that? I’m of Uchtdorf and you are of Holland? Divisions would certainly arise. But do we have favorite leaders among the Brethren? Absolutely. Is that a good thing? Discuss.

The kingdom of God is power (1 Corinthians 4):

Paul outlines how the apostles are willing to suffer daily and even eventually give their lives to bring spiritual power to the members of the church. Some of the members, however, are puffed up in pride. Paul wonders whether he needs to minister to the church with meekness or “with a rod” to discipline the prideful.

Paul had heard that there were members who were not living the law of chastity. There were even rumors of incest. These people had been allowed to continue worshipping in the congregation. Paul turned to the imagery of the Passover to explain that allowing the impure to remain can pollute the entire congregation.

The Passover actually contains three holidays — the Passover sacrifice, the Feast of Unleavened Bread, and the Honored Son first-fruits grain offering. Before the holiday, Jews rid their homes of any sort of leavening. It’s a purification for the home because the leavening represents wickedness. Paul reminds them that a little leavening affects the entire loaf of bread.

Paul encourages the saints to purify themselves and purge the congregation of sin, so that they can be new in Christ, “…for even Christ our Passover is sacrificed for us.” Christ is the Lamb of God, completely pure and innocent, represented by the Passover offering.

You are the temple of the Holy Ghost (1 Corinthians 6):

Paul had heard that members in Corinth were taking each other to courts of the land to settle their differences. He counseled that they should be able to settle their differences within the body of the church. One concerning thing was the image portrayed to the world. If the saints couldn’t show an example of loving one another, the church would not be desirable to anyone else.

The saints were also not turning the other cheek or forgiving those who had defrauded them. So not only were they committing crimes against one another, they were failing to forgive perceived trespasses.

Paul gives a list of the kinds of sinners who will be shut out of God’s kingdom:

Know ye not that the unrighteous shall not inherit the kingdom of God? Be not deceived: neither fornicators, nor idolaters, nor adulterers, nor effeminate, nor abusers of themselves with mankind,

Nor thieves, nor covetous, nor drunkards, nor revilers, nor extortioners, shall inherit the kingdom of God.

Many claim that homosexuality is not mentioned in the New Testament, but there it is. Note that these are all behaviors, not desires. There is a huge difference.

Paul is pretty equal in his counsel to husbands and wives but in several verses, he states that he is giving his opinion and not stating doctrine. Some of Paul’s counsels were used by the later orthodox church to value celibacy and singleness as being holy, whereas Judaism emphasized marriage as the most desirable and holy state for man. Celibacy has not always served the orthodox church well as a requirement for its priesthood. This could make a good discussion. 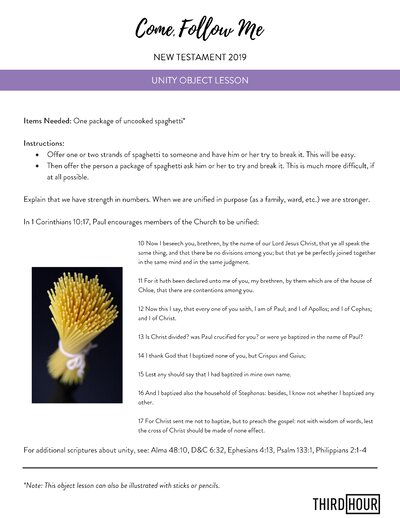 Jesus Christ is My Foundation 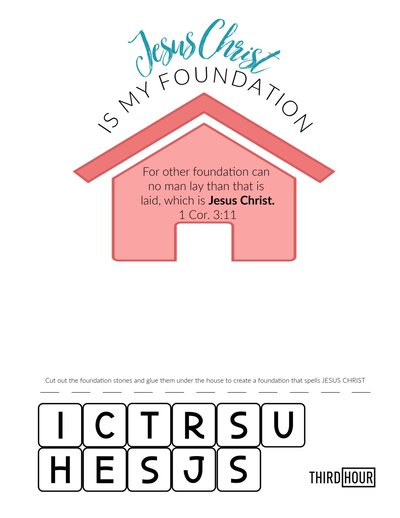