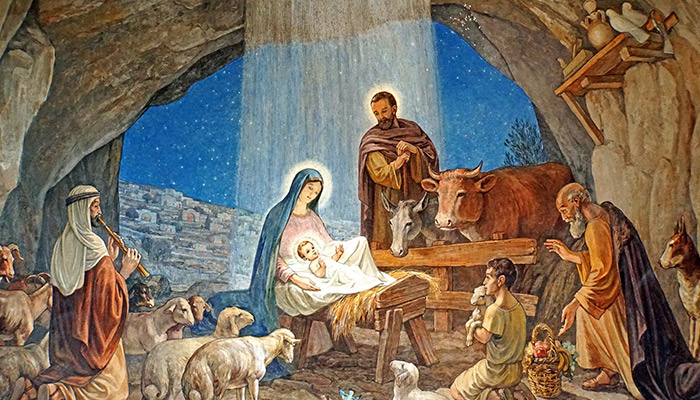 For the Christmas lesson commentary, we’re providing some context for the story of Christ’s birth. This commentary can also be found on our site here.

The Real Story of Christmas

In the United States, we have a traditional Christmas story that is pretty standard and mostly untrue. Sometimes we do see articles that give us some corrections, but they fall short of the whole picture (if it’s possible to get the whole picture). Here are some facts that can help you imagine the birth of Christ in its time and setting.

Because the death of Herod the Great is pretty certainly placed at 4 B.C., the birth of Christ has been approximated to have happened before Herod’s death. So, between 7 and 4 B.C. according to our modern calendar.

There are some scholars who disagree and place Christ’s birth a bit later, up to what we call 1 B.C. They feel like Herod’s sons claimed Herod died in 4 B.C. to add 3 years to their own claim to fame. But a 5 B.C. birth places profound heavenly manifestations right during Passover. We know Jesus was born in the spring, and the Passover richly testifies of His earthly mission and role as the Lamb of God.

Exciting things happened in the heavens in 5 B.C. Matthew described a star that quickly appeared and slowly moved across the night sky, then seemed to “stand” over Bethlehem. There was a sequence of heavenly events that the wise men would have noticed, and perhaps even the shepherds.

In 7 B.C., there was the triple conjunction of Jupiter and Saturn; in 6 B.C., Saturn, Jupiter, and Mars combined in the sky; then in 5 B.C., the Star of Bethlehem might have appeared. There was a comet that came into view in the constellation of Capricorn, an event that was recorded by Chinese astronomers. (For scholarly “proof,” follow this link.)

Relying on this astronomical evidence of the star, Christ would have been born between March 9th and May 4th. Passover in early April is the most apropos week for several reasons:

The stable would not have been made of wood. Wood is rare and precious in Israel and was only used for expensive things. The area is dotted with limestone caves and hollows where sheep can be folded in for the night.

A manger holds food (hay) for cattle (like sheep) to eat. But this one would have been made of stone. Jesus was not “born in a manger,” but placed in a manger as a makeshift baby bed.

These were long strips of woven cloth that may have had decorative marks or embroidery to identify the tribe and lineage of a welcomed child.

These men (we don’t know how many) were learned and probably either Jews or believers in Zoroastrianism from Babylon or somewhere else in Persia. They arrived when Joseph and Mary had moved from the stable into a house. The comet was visible for 70 days, and they had the scriptural prophecies that the Messiah would be born in Bethlehem.

When the Jews were able to return to the Holy Land from Babylon, most remained behind. Some eventually moved on to other areas of the Mediterranean and Europe, but a group of respected scholars continued to guide Judaism from there. It was as late as 600 A.D. that they produced the commentary on the scriptures and Jewish law called the Babylonian Talmud, or “Bavli.”

Zoroastrianism has many similarities to our own faith. Zoroaster (“Zarathustra”) was an inspired religious leader. King Cyrus of Persia, mentioned in the Bible, who allowed the Jews to return to Jerusalem, was a Zoroastrian.

During childbirth, mothers were often supported by midwives or other women. The most common position for childbirth was probably crouching or kneeling, perhaps supported by on a stool or stone. It feels natural that women nearby would have come to Mary’s aid and helped her with the birth.

Several rituals were typical right after birth: cutting the umbilical cord, washing with water, and rubbing the baby with salt.

Both of these precious things are pebble-like collections of sap. Frankincense is used today in many candle scents and men’s colognes. It was used in the temple incense in Jesus’ time, and so was myrrh, but myrrh was also used in preparing the dead for burial. Both could be used medicinally. These were very valuable gifts brought by the wise men and could have been worth more than the gold they brought.

So, the Final (Possible) Picture

Mary and Joseph made their way to Jerusalem on roads crowded with pilgrims. It was early April and the Passover Feast pilgrimage. They went to Bethlehem to be registered with other descendants of David. The comet in the heavens must have been a sensation for everyone, but some saw it as a sign from God. Mary went into labor, so instead of setting up a tent made of skins, they sought quick accommodations in a guest house, but there was no room. They sought protection in a limestone hollow used as an animal shelter and placed the baby Jesus in a stone manger. There may have been women who helped to deliver Jesus.

That this was a magical night is absolutely true. Passover was a joyous season anyway, and coming to the temple for the holiday was exciting and inspiring. With the rainy season ending, the land would have been fresh and in bloom. The signs in the sky would have had everyone talking. An unexplainable thrill of anticipation would have permeated the feast. Mary’s travail was a personal thing, but the glad tidings of great joy were for us all.

The new nativity story video from the Church of Jesus Christ is the best researched I’ve seen to date. The actors are speaking Aramaic, which became the spoken language of the Jews during their captivity in Babylon and was also spoken in Assyria.

The road is thronged with travelers, mostly on foot, with their beasts of burden. Jews heading to Jerusalem from Nazareth or elsewhere in Galilee tried to avoid Samaria by heading east first until they were east of the Jordan River, then trekking south down the east side of the Jordan to the Jericho area and then up to Jerusalem. These roads were well-traveled.

The inn is portrayed as an extended family hostel, which is how it is written in Greek in the Bible. Although Mary and Joseph wouldn’t have known many people there, they may have known a few. There just wasn’t room or privacy for birthing. The stable was an adjunct to the house, which was built near a limestone hollow where animals could be kept—separate, but close by.

It’s likely there would be a female or two to help Mary with the birth, as shown in the video. Although no birthing stool is portrayed, Mary is sitting up. Women of the time never lay down to give birth.

A caravan of wealthy scholars from the east is also authentically portrayed along with their rudimentary instruments for navigation. In every way, this a stunning and tender portrayal of the birth of the Savior.

The only two glitches I see is that first, in the early spring, Israel is green and in bloom! The film looks like Israel in summer. The following image is of the Jezreel Valley in spring.

Glitch #2 is that since Mary and Joseph fled into Egypt with Jesus before the “slaughter of the innocents” in Bethlehem, Jesus would have been under age 2 when the wise men arrived. The little boy in the movie looks a bit older than that. 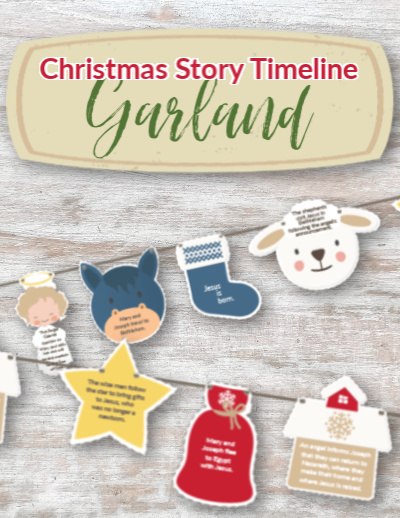