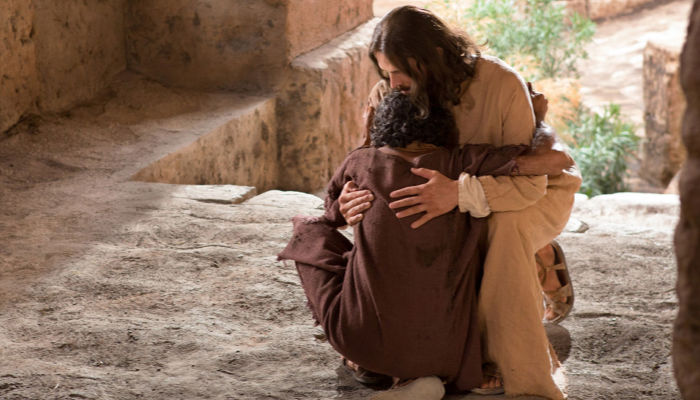 Tradition assigns the authorship of the Epistles of John to John the Beloved. These epistles were supposed to have been written before 100 A.D., but not much before. Remember that John was translated and allowed to live on. Jerusalem was destroyed in 70 A.D. but there were a few rebellions against the Romans there afterward staged by remaining zealots. By the time these epistles were written, however, Jews were essentially in the diaspora, meaning they had been dispersed among many nations. These epistles may have been written from Ephesus. John was exiled to the Isle of Patmos at some point.

The Epistle of Jude comprises just one chapter with 25 verses and was meant to be circulated among all the churches.  Authorship is traditionally attributed to Jude, the servant of Jesus and the brother of James the Just. This is interesting because James is traditionally identified as the brother of Christ.  Matthew 13:55-56 and Mark 6:3 tell us everything we know about the identity of Jesus’ siblings in the flesh. Jesus’ brothers were called James, Joseph (or Joses), Judas (or Jude), and Simon; he also had sisters, though these were not named.

We draw closer to God through obedience (1 John 1):

In these last days, people in America are becoming “spiritual, not religious.” When a person is “spiritual” only, then they may acknowledge a higher power, but they can live their life according to their own will and pleasure. There are no laws for being spiritual in this way. Joseph Smith said that a religion that has the power to save requires the sacrifice of all things.

Striving to be obedient does a lot of wonderful things for us in building character and learning to rely on the Savior. This could make a great discussion.

John bears a personal witness that he has seen the Christ and knows and shares in His holiness.

Christ is our advocate with the Father (1 John 2):

The Jews emphasized their worship of One God in contrast to the multiplicity of gods of pagan beliefs. These people and their beliefs were everywhere around them. As they did so, they lost sight of the need for an advocate with the Father. The entire plan of salvation depends upon Jesus as our advocate and redeemer to save us from the Fall and from our sins.

John says we grow to know Christ by keeping His commandments. In verses 15 – 17, John talks about the world as contrasted to a spiritual life:

Love not the world, neither the things that are in the world. If any man love the world, the love of the Father is not in him.

And the world passeth away, and the lust thereof: but he that doeth the will of God abideth for ever.

John says that at his time there were many anti-Christs, signifying that they were in the last days. “He is antichrist, that denieth the Father and the Son” (verse 22).

Verses 1 and 2 are beautiful:

Behold, what manner of love the Father hath bestowed upon us, that we should be called the sons of God: therefore the world knoweth us not, because it knew him not.

Beloved, now are we the sons of God, and it doth not yet appear what we shall be: but we know that, when he shall appear, we shall be like him; for we shall see him as he is.

If we keep the commandments, we dwell in Christ. And He dwells in us by giving us the Holy Ghost. (See verse 24.)

John urges us to “try the spirits” of those who come to us with a message. By that, he means to discern whether these are representatives of the world and wickedness or Christ and righteousness. Many false prophets were teaching heresies even while the apostles were on the earth. It’s interesting that in the Book of Revelation, where God decries various sects, all of those sects included promiscuous sexual behavior.

John says, “…Every spirit that confesseth that Jesus Christ is come in the flesh is of God” (verse 2).

Verse 16 says, “God is love; and he that dwelleth in love dwelleth in God, and God in him.” Some people today say that because God is love, He will love you no matter what you do. That’s true, but it doesn’t mean He forgives everything people do. He expects us to keep the commandments.

This chapter begins by reiterating that if we love God we keep His commandments and that the commandments are not “grievous.” Even anciently, many in the world saw Christianity as restrictive. But Christ says His yoke is “light.” This would make a great discussion. John says, “…whatsoever is born of God overcometh the world.” Why is this a goal we should seek?

In verse 6, John says that Jesus came by both “water and blood.” What does this mean and why is it important? Continuing on, John says, “…the Spirit is truth. For there are three that bear record in heaven, the Father, the Word, and the Holy Ghost: and these three are one. And there are three that bear witness in earth, the Spirit, and the water, and the blood: and these three agree in one. How do these verses support the idea of a trinity (3 Gods in one essence) or not (our belief that the Father, the Son, and the Holy Ghost are 3 separate personages who are one in purpose?

Children who continue to walk in the light (2 John 1):

John wrote this letter to a faithful sister whose children have continued in the faith. John finds this a delight. He encourages her to protect her household from the wickedness of the world.

John wrote to Gaius, whom he hoped to see in person after a time. John praises him for his constancy in the gospel and his efforts to minister unto all. John expresses some consternation over a man named Diotrephes, who appears to be exercising unrighteous dominion among the saints. What seems to be Diotrephes’ problem? Do these kinds of things happen today?

Jude calls himself the brother of James, but James was the brother of Christ. Perhaps this is a show of humility. It sets Jesus apart as being the Son of God and not just the son of Mary and Joseph.

Jude shows us that apostasy was already occurring:

For there are certain men crept in unawares, who were before of old ordained to this condemnation, ungodly men, turning the grace of our God into lasciviousness, and denying the only Lord God, and our Lord Jesus Christ (verse 4).

These are murmurers, complainers, walking after their own lusts; and their mouth speaketh great swelling words, having men’s persons in admiration because of advantage (verse 16).

Jude complains that these people are still participating in full fellowship with the saints. He talks about how Lucifer fell, the Israelites who were wicked were destroyed. Righteous people can fall from righteousness. He urges the righteous to be cautious about who they trust.

I Can Feel God's Love Lesson 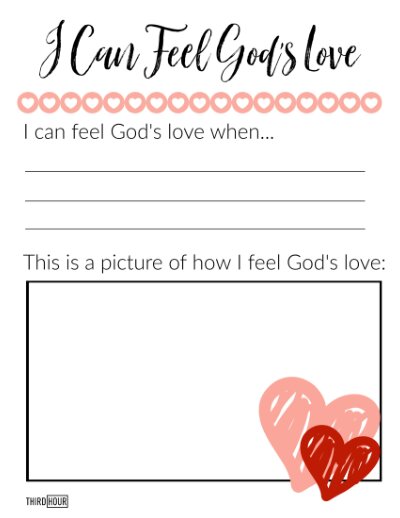