“The Lord Had Called Us for to Preach the Gospel”

Above is a map of the Eastern Mediterranean. People in Paul’s time may have traveled much longer distances than we imagine them going. Paul probably received much of his education in Rome, but he was from Tarsus and lived in Jerusalem. At the beginning of Acts 16 we see him ministering with others of the Brethren in Derbe and Lystra in what is now central Turkey.

We are introduced to the disciple Timotheus whose mother was a Jewess but whose father was Greek. Paul undertook to have Timotheus circumcised. Everyone knew that his father was Greek and Paul felt that his work as a missionary would be better accepted if he were circumcised according to his mother’s tradition. There were many Jews in the areas where they were teaching. Their missionary work was successful there and in Galatia and Phrygia, but they learned through revelation that they should not go to Asia or Bithynia.

Then Paul had a night vision of a man in Macedonia praying that they would come. Immediately, Paul and Timotheus set off for that area. They stopped at a riverside in Phrygia and preached to women who gathered there.

Lydia was already a believer but not fully fellowshipped. She quickly accepted and became passionate about the message she received from Paul and Timotheus. A bit of information about “purple:” This is the dye that was so precious in the area. It comes from a tiny crustacean found in the Mediterranean called a murex. The inside of its shell is royal blue or reddish-purple and was used for Israelite prayer shawls and other special and sacred yarns and cloth. 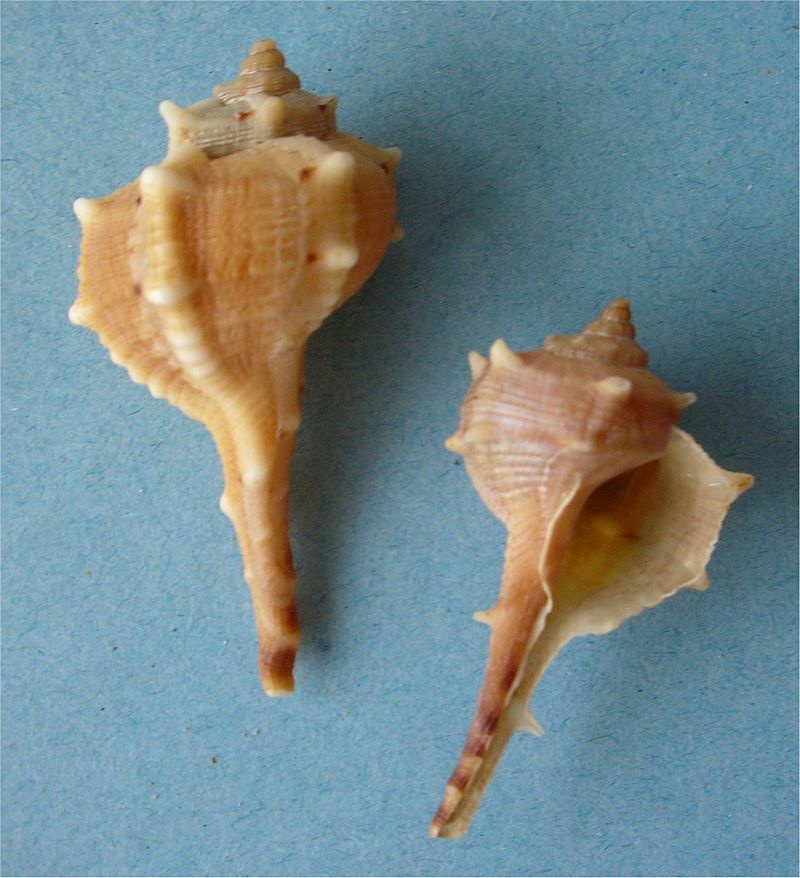 Paul cast an unclean spirit out a damsel who was paid money for soothsaying. Her masters were angry at the loss of their income and had Paul and Silas beaten for disrupting the peace. This was unlawful because Paul and Silas were both Roman citizens and deserved a fair trial. After they were beaten, the magistrates cast them into prison.

As an answer to their prayers, God caused an earthquake that loosed the bonds of all the prisoners. The jailer was about to take his own life as a result, but Paul taught and baptized him, then took refuge in his house. The magistrates sought Paul and Silas there, and it was at this point that they realized that they had beaten and jailed not “Jews,” but Roman citizens. They urged the two holy men to leave the city.

Paul and Silas had established a pattern went they arrived in new cities. First, they would go to the synagogues and teach the Jews and then they would preach to the Gentiles. In most cases, they would win a few converts from the Jews, but then unbelieving Jews would do everything they could to ruin the work. Often, the two missionaries reaped a large harvest from among the Gentiles. The scriptures often mention the conversion of “chief women.” These were women of influence who became tireless servants of the Church. They were indispensable, the glue that held things together.

Unbelieving Jews caused such a ruckus in Thessalonica, that Paul and Silas had to leave by night and move on to Berea.

The people of Berea were more receptive to the word. As usual, the missionaries began their teaching in the synagogues. But the Jews of Thessalonica got word of their work and sent thugs to make trouble. First Paul, and then the others had to take to the sea and go to Athens. 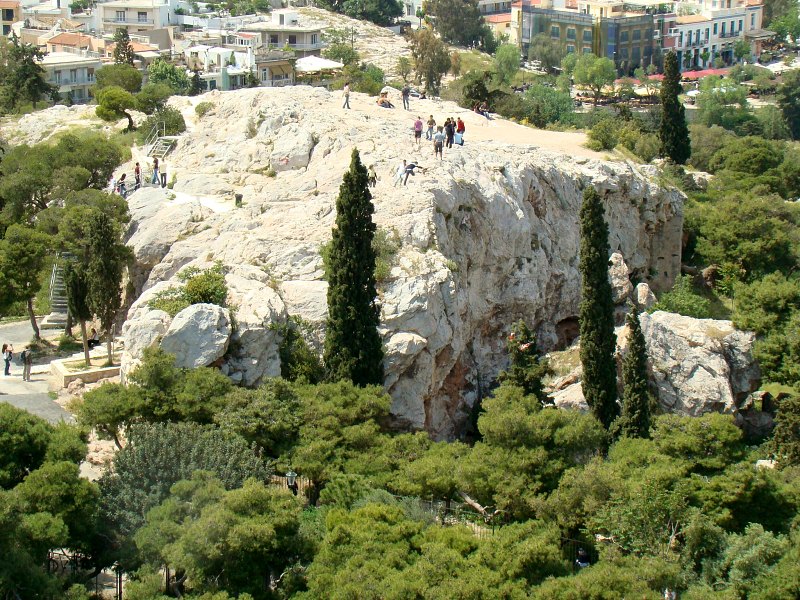 While Paul was in Athens waiting for Silas and Timotheus to arrive, he walked around the city and saw signs of Greek idolatry everywhere. He taught in the synagogues and in the marketplaces and finally agreed to speak to Athenians and people from other countries on Mars Hill.

The Greek name for Mars Hill was “Areopagus. It was a rocky outcropping near the Acropolis in Athens. Certain court cases were tried there. The people were inquisitive, always wanting to hear about “some new thing,” and Paul’s message was certainly something they had never heard before. Paul’s sermon sounds somewhat insulting at the beginning, but it looks like no one got up and left, and a few were converted.

Corinth was an interesting place. It was a huge trade center and you could almost visualize it as full of sailors and prostitutes. It was a pretty wild place. But in every location, there were people who were settled and more dependable.

At the beginning of the chapter, you can see some interesting things happening. Caligula only lasted 4 years as Emperor of Rome. He was not only stark, raving mad, but he was debauched, as well, and did unspeakable things. Prominent Romans lived in fear of Caligula’s whims, and Caligula was murdered. Claudius was put in charge by the Praetorian Guard after Caligula’s death. This was a surprise, as hardly anyone had noticed him before this.

Of the Augustan royal family, Claudius had been sick as a child, and as an adult, he walked with a limp and was hard of hearing. While other members of the family were perceived as a threat, Claudius was overlooked. So he survived, while others were killed out of jealousy and/or ambition. He was literally the last man standing. Claudius was a brilliant scholar and became an efficient administrator. However, what we see at the beginning of Acts 18, is that he cast the Jews out of Rome.

There were at least two expulsions of Jews from Rome before this event. In 139 BC the Jews were expelled after being accused of Judaizing among the local Gentiles. Then in AD 19 Tiberius once again expelled Jews from the city for similar reasons. Now, between 49 and 53 A.D., Claudius did the same. The ostensible reason is that Jews made “disturbances” and that these disturbances were against the early Christians.

In Corinth, Paul meets Aquila and his wife, Priscilla, recently cast out of Rome. They become stalwarts among the faithful Saints. They were tentmakers like Paul’s family, so he abode with them. Paul preached in the synagogues alone, and then with Silas and Timotheus when they arrived. When the Jews harshly opposed their teachings, Paul shook his clothes to transfer any guilt to them and then decided to focus on the Gentiles alone.

Paul received a vision from God encouraging him to stay in Corinth and fearlessly teach because there were many who would listen to his message. He remained for 18 months before the Jews tried to accuse him before the Corinthian courts. The magistrate didn’t care one whit that Paul was teaching contrary to Jewish philosophy and dismissed the case.

After spending a good while longer in Corinth, Paul took Aquila and Priscilla and sailed for Syria.

Ephesus is on the western coast of what is now Turkey and interestingly is the traditional burial place of Mary, the Mother of Christ. Paul stopped in Ephesus, dropped off Aquila and Priscilla then went to Jerusalem through the port of Caesarea. Then he went to Antioch, Galatia, and Phrygia strengthening the believers there. In Ephesus, we meet Apollos, a Jew from Alexandria, Egypt, who was converted to the baptism of John the Baptist. He spoke powerfully in the synagogues and won the hearts of many Jews. Aquila and Priscilla took him under their wing to teach him more about the revealed gospel.

In Ephesus, Paul found believers who had not yet received the Holy Ghost, so Paul conferred the Holy Ghost upon them. Paul tried teaching in the synagogues again, causing great controversy. Paul performed miracles, sometimes sending a handkerchief to the sick, healing them. Some tried to exorcise devils in the name of “Jesus who Paul knew.” A devil replied, “Jesus I know, and Paul I know, but who are ye?” The evil spirit then attacked the exorcists. This news spread quickly around the area. The story struck many with fear unto conversion. People in the dark arts burned their books.

Paul passed through Macedonia and Achaia and then decided he needed to go to Jerusalem and then Rome. He sent leaders ahead and then witnessed a huge uproar among the Ephesians who felt their worship of the goddess Diana was threatened by Paul’s teachings.

Paul travels, raises a man from the dead, receives his calling and election (Acts 20):

Paul traveled around what is now Greece and Turkey, preaching and occasionally having to flee from Jewish protestors. In Troas he was preaching one night, when a young man fell asleep and fell from the third loft. Paul threw himself upon him and brought him back from death to good health.

Paul still felt driven to go to Jerusalem, not knowing what might await him there. He determined to go by Ephesus, trying to arrive in Jerusalem by Pentecost, the Feast of Weeks. He has a sense of foreboding and feels he might not see many of these beloved disciples again. He bids them a sad good-bye and says that his garments are free of the blood of that generation. Paul predicts that ravenous wolves would enter the flock and cause apostasy.

Paul journeys to Jerusalem—He is persecuted, arrested, and bound (Acts 21):

The ship Paul sailed on had lading to unload in Tyre, now on the coast of Lebanon. People there were moved to warn him not to continue to Jerusalem. Their final port was Caesarea and stayed with Phillip, one of the 7 called by the apostles. There a prophet named Agabus from Judea prophesied that the Jews of Jerusalem would bind Paul and deliver him to the Gentiles. Believers began to mourn and weep and beg him not to go. Paul stated his willingness to die for Christ and then headed to Jerusalem with some of the disciples.

In Jerusalem before the apostles, Paul recounted his success among the Gentiles. But the apostles had heard that he taught devout Jewish converts not to circumcise their sons, and this bothered the apostles. Paul purified himself for the coming holidays. Being a pilgrimage festival, many Jews had gathered from Asia and they recognized Paul and accused him, causing a furor. They had seen an Ephesian with Paul and accused Paul of bringing a Gentile into the temple. There was a general uprising, and Paul was cast out of the temple. The riot came to the attention of the Romans.

When the Roman soldiers and centurions arrived, they found the people beating Paul. The chief captain bound Paul with chains and demanded to know what he had done. The people were crying out all sorts of accusations that the captain couldn’t make sense of, so he purposed to take Paul to the castle. Paul asked the captain if he could speak Greek (the language of the marketplace all over the Mediterranean). The captain thought Paul might be an Egyptian who had led a very large band of killers. Paul identified himself as a Jew of Tarsus (and therefore a Roman citizen) and begged to be able to address the people, which he proceeded to do from the stairs, in Hebrew. This is interesting because many of the locals spoke Aramaic and Greek, not Hebrew. Who are the ones who would have understood him?

Go Ye and Teach All Nations 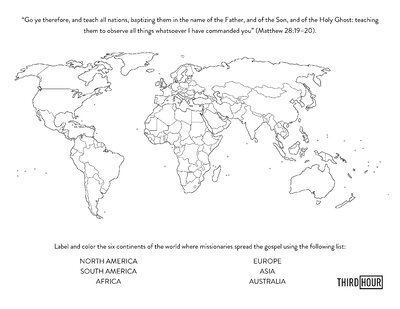 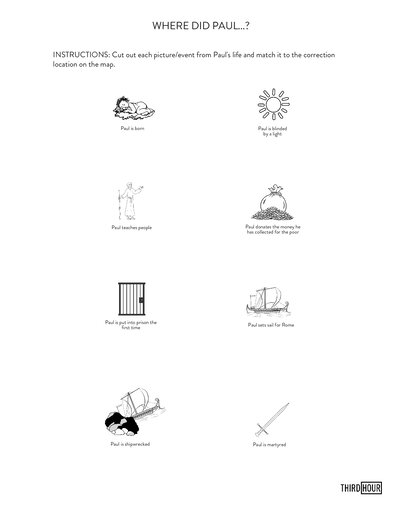