“Continue Ye in My Love”

The scriptures this week show Christ preparing His apostles for His departure. Christ used the Passover to do this. The Passover festival (comprising the Passover sacrifice, the Feast of Unleavened Bread, and the Honored Son first-fruits offering) is meant to testify of Christ’s birth, ministry, death, and resurrection. By giving this imagery to Moses just as the Israelites prepared to leave Egypt, Christ could then announce Himself as the fulfillment of these symbols.

Christ’s feast with His apostles occurred on Wednesday evening, while the rest of the Jewish population and pilgrims celebrated the following evening, Thursday night. Christ was taken down from the cross before sundown on Thursday for the Passover High Holy first day on Friday. He was in the tomb three full days and nights and rose Sunday morning at the same time the Honored Son first-fruits offering was enacted in the temple.

Jesus washed the feet of His apostles to cleanse them from the blood of their generation. Had He not done it, they could have no part with Him eternally nor have the special spiritual gifts and protection the ordinance provides. For a thorough discussion of the washing of feet, click here.

Jesus keeps reiterating that not all of the apostles are cleansed and redeemed. Then He says outright that one of them will betray Him.

When sharing a meal, the Jews of this time period did not use a table and chairs, but either reclined on rugs and pillows arrayed on the floor or gathered around what is called a triclinium table. Triclinium tables were U-shaped and either stood some inches off the floor or were hung by ropes or chains. The guests reclined on their left sides with their feet pointing away from the table, and the server was able to enter from the open side to serve them. (The table in the picture below seems a bit high.)

John was reclining to the right of the Savior, so he could have easily leaned back upon His breast. Judas was seated at the Savior’s left and dipped his food into the ceremonial dishes he shared with Jesus. Reclining is actually an important symbol in the Passover ritual, which celebrates the deliverance of the Israelites from bondage in Egypt. Slaves crouch in the field to eat, but free men recline.

The person who officiated at a Passover feast was usually the eldest male in or patriarch of a family. This is probably the only Passover feast attended by Christ where He officiated. In this case, He was the offerer of the sacrificial lamb, but also the offering.

Purge out therefore the old leaven, that ye may be a new lump, as ye are unleavened. For even Christ our passover is sacrificed for us (1 Corinthians 5:7).

For such an high priest became us, who is holy, harmless, undefiled, separate from sinners, and made higher than the heavens;

Who needeth not daily, as those high priests, to offer up sacrifice, first for his own sins, and then for the people’s: for this he did once, when he offered up himself (Hebrews 7:26, 27).

A growing trend today is to be “spiritual” but not “religious.” Accepting this philosophy “frees” people from being obedient to any commandments from God. Ignoring the commandments only makes us less free and limits our eternal growth while separating us from the Spirit.

In John 15, Christ calls Himself the vine and His disciples the branches. They cannot bear fruit without being connected to Him, and that connection is maintained by keeping His commandments.

The Jews believe in many types of God’s influence. The Shekhinah is the radiance of God, while the Ruach HaKodesh is the Holy Ghost. It is divine inspiration and prophetic power, and may also refer to the divine force, quality, and influence of God over the universe or over his creatures. But it is not a separate being in the Godhead, not a personage at all. So Christ’s disciples, who would not receive the Holy Ghost until Christ departed from them, had to learn the Holy Ghost’s true nature and role in their lives.

Christ explains to His apostles that because of His ministry to the Jews, they have seen and witnessed His miracles. Now is their unbelief a sin because they have received a witness that Christ is, that He exists, that He does the will of His father.

Whosoever killeth you will think that he doeth God service (John 16:1, 2):

We are witnessing this first-hand today. Those who revile against us and our standards think that they have the truth and that our standards are hateful against them and informed by ignorance. Because of our beliefs, they consider us worse than worthless, something to be cleansed out of society.

Jesus offered this wonderful, loving prayer to His Father to guide and protect the apostles after Christ’s return to the full presence of God. A couple of interesting verses:

Verse 5: And now, O Father, glorify thou me with thine own self with the glory which I had with thee before the world was.

Christ was God before He came to earth to descend below all things. He enjoyed the full presence of God the Father and had been the enacter of all God’s creations.

Verse 12: While I was with them in the world, I kept them in thy name: those that thou gavest me I have kept, and none of them is lost, but the son of perdition; that the scripture might be fulfilled.

Prophecies that Jesus would be betrayed were fulfilled by Judas Iscariot, who willfully, with knowledge, betrayed Christ to His murderers. Judas is a son of perdition.

Love One Another Challenge 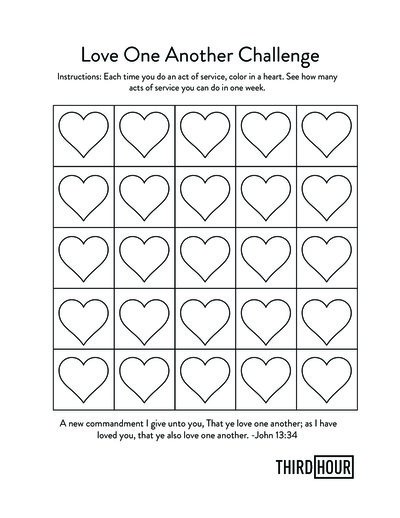 Jesus Says I Am 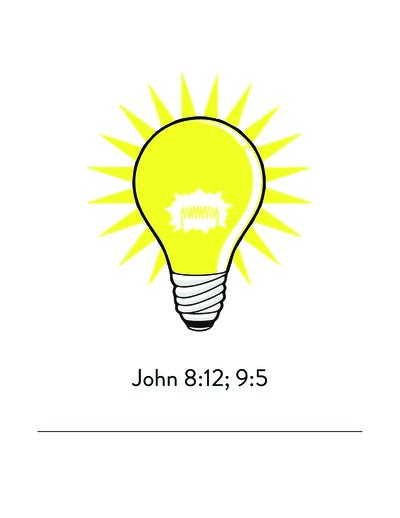