Can women qualify for the "Renewing of their bodies" promised to the Priesthood in D&C 84:33? 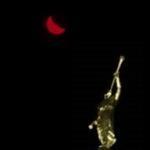