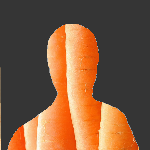 Should I correct my stake presidency member/institute teacher on sensitive topic?