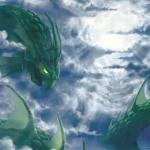 Hey Strangers  😄  -   I have a question about fasting. I have been unable to do a full 1st Sunday fast since I joined the Church because I take insulin and my endo told me not to fast. OK. Fast f

I've couldn't settle on just one response, so I'll give you all of them and you can tell me which one you like best. 1. You read the chapter. What did you think of the portion that quoted the sam