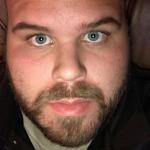 When I was teaching Institue, I came across a theory that Mormon was a Lamanite. He identifies as a "descendant of Nephi" in his own writing, but by 300 AD, it wouldn't be unreasonable to have both La

Because people have been reading it through a 19th -21st century cultural lens instead of the Hebrew/Jewish cultural lens of the authors who lived in 600 BC - 400 AD.