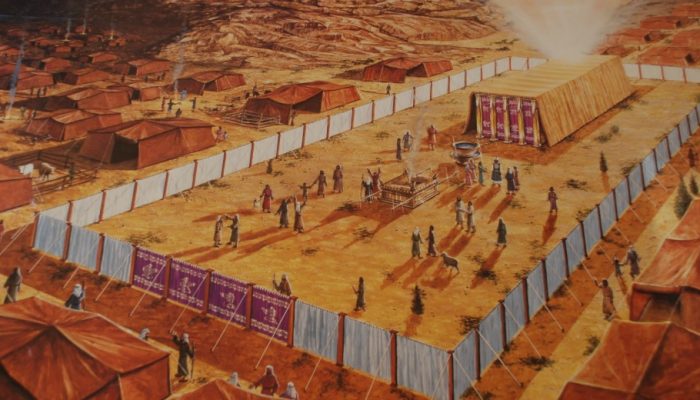 This year in Sunday School we are reading through the Old Testament. Since the last (and only) time I had read the Old Testament was in high school, I thought this would be a perfect opportunity for a refresher. Reading Genesis was a wonderful exploration of some of our most foundational stories. Exodus is epic and inspirational. Leviticus may have been a little dry, but then came Numbers. I can’t complain too much–I had been warned.

God had the Israelites build a tabernacle to give Moses a place to speak to Him. But caring for the Tabernacle was a big task. Aaron and his sons were primarily responsible, but God called the Levites to assist them. But they had a lot to do before they could start. First they had to get clean. They had to shave, wash their clothes, and shower (trust me, I read all the directions). Then they were set apart with hands laid on their heads. It was crucial that the priesthood be set apart both physically, and spiritually.

It’s not a matter whether or not we follow something, it is what we choose to follow. For the ancient Israelites, they travelled by following the ark of the covenant, which contained the ten commandments. They were literally following the commandments (my apologies for the pun). By placing the ark at the front of the travelling party, all the Israelites could see and be reminded of their relationship to God. What do we have in front of us? What are we following?

Be Careful for What You Wish

After eating manna day after day in the wilderness, the Israelites began to complain to Moses for meat to eat. Moses asked God, and God decided to give the Israelites meat. So much meat that it would come out of their nostrils. So much meat they would be completely sick of it. This certainly doesn’t mean we can’t ask the Lord the desires of our heart, but perhaps we should also remember to be very grateful for what we’ve already been given.

I forgot that this story came from the Book of Numbers. This serves as the high point of the book because it symbolizes the coming of Jesus Christ. Fiery serpents are attacking and killing many Israelites. Moses lifts his staff with a brass serpent on it. All the Israelites who looked were healed. Yet many didn’t look because they couldn’t believe the way was so easy. In The Book of Mormon, Alma uses this story to remind us of how easy belief in Christ is, but we must choose to believe.

God has a sense of Humor

I’m sure the story of Balaam has some significance. But I mostly spent the chapter giggling. Between an obstinate donkey, an easily frustrated Balaam, and then the donkey turning around and talking, it’s a hard story to read with a straight face. After the embarrassing experience was over, even Balaam seems have a sense of humor about it. Perhaps we should ask ourselves if we are taking life a bit too seriously.  However, Balaam was indeed a fallen prophet and eventually came to a bad end he thoroughly deserved.  His donkey had more faith than he did.

When We are Prepared We Receive Blessings

Learning this lesson requires a spoiler alert, the Israelites will get to the promised land. Numbers spans two generations. The most notable death was that of Miriam, the sister of Moses. While the first half of the book is plagued with complaints, there is a change in tone in the second half of the book. Clearly as gratitude comes to the Israelites they are ready to obtain the promised land.

God is a God of Order

The Book of Numbers has a lot of lists, a lot of requirements, and a lot of… well …numbers. This is surely one reason the book has a reputation for being difficult to get through. But all these lists also stand as a testament that God has always been a God of order. Reading through these lists can give you a much greater appreciation for the work of our LDS ward clerks.

Not All Scripture is Created Equal

Well you had to see it coming. While I tried to get the most from the Book of Numbers, and certainly found a few treasures, a lot of the material has very little relevance today. And that’s okay, unlike The Book of Mormon, the Old Testament wasn’t written for our day. But we can learn from it, and I for one am glad I had the chance to read it again.