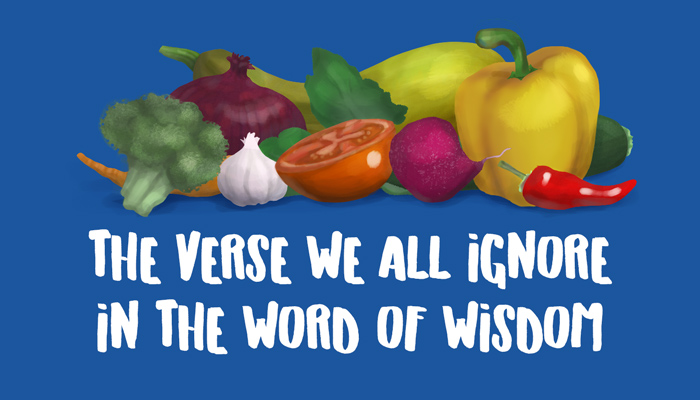 A little while ago I taught a gospel doctrine class on Section 89 of the Doctrine and Covenants, the Word of Wisdom. We used the excellent essay on the influence of the temperance movement to establish context for Joseph’s seeking of guidance from the Lord.

We talked about the nasty, smoky environment in the room where the School of the Prophets met, and Emma Smith’s frustrations at having to clean tobacco spit from the floor.

Then we discussed Section 89 itself. Nearly at the end of the lesson, I asked the class, “Who is keeping the Word of Wisdom?” Not a single hand went up. That was a big surprise for me.

As I assumed, the class members had all passed over this verse without paying much attention to it. Things are different now than they were in Joseph Smith’s time, especially in America, where we have imported fruits and vegetables from all over the world, all the time. Someplace or other, something’s always in season, right?

But—I once met an LDS woman who was raised on a Utah farm in the 1950’s. Her family didn’t have much money, but they had a great childhood, and all the kids had enjoyed good health as they became adults, and then as they aged. She said, “It’s weird that we are so healthy. We just had the food from the farm. We had no vegetables at all in the winter, and not much fruit—just what we had canned. But we seem to be OK.”

Somehow they got enough vitamin C in the winter to keep from getting scurvy. That’s important. But they certainly didn’t eat like we do now. They may not have realized they were keeping part of the Word of Wisdom we mostly ignore.

The Age of your Body

How does your body know how old you are?

I asked this question to my class, and they were stunned into silence. I could read their faces. The question had never entered their minds.

And why would it be important for your body to know how old you are, anyway?

I want to digress for a moment and talk about the !Kung people of west Africa. (Now, that was unexpected, right? But there’s a method to my madness.)

The !Kung people don’t live as pristinely as they once did, but in the early 70s before they got into agriculture, everyone wanted to study them. They were hunter-gatherers who mostly gathered, eating about 100 grams of fiber a day. (Maybe that’s why they were nomadic.)

The girls began to menstruate between the ages of 15 – 17. Women nursed their babies on demand for 3 – 5 years, so their pregnancies were far apart, about 5 children by the time of menopause around age 55. 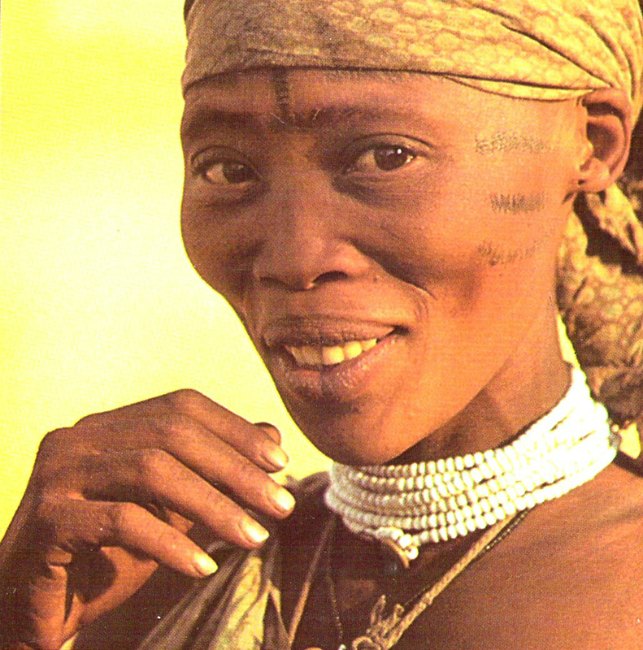 Here in America, the average age for menses (beginning menstruation) is around 10. Sixteen percent of American girls begin puberty younger than age 8. Early menses greatly increases a girl’s risk of breast cancer in her future. Our breast cancer rate is 1 in 8, placing the U.S. in 9th place among all countries.

Exposure to estrogenic hormones in foods and chemical toxins (especially plastics) are part of the cause, but a medical anthropologist, T S Wiley, offers some other possible reasons.

With all the detrimental effects sugar consumption has on our bodies, this is another warning that makes the Word of Wisdom seem wiser than ever. All of this sugar consumption makes our bodily years fly by. In addition to degenerative diseases associated with aging (which children are now getting, too), our bodies don’t know when puberty should begin.

Maybe we should look at verse 11’s advice to welcome everything in its season as a better way to measure our lives.