Life Relationships A Huge Warning We Might Have Missed in the Story of The... 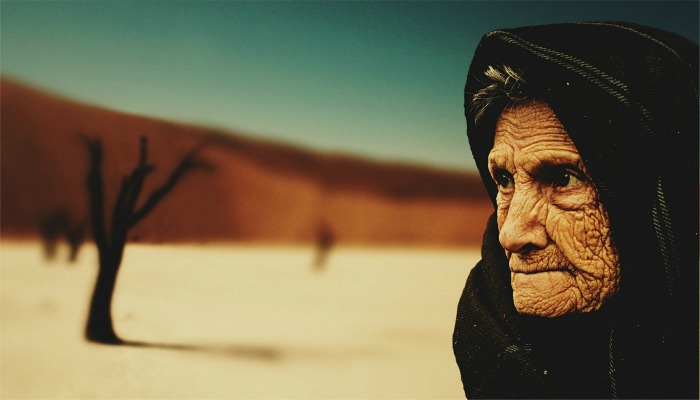 Have you ever been reading in the scriptures, and eventually come across something that you have never thought about before?

Yeah, me too! Isn’t revelation awesome?!

It’s amazing what happens as we continually read the word of God. Our eyes and hearts are opened to lessons that we needed in our lives.

Don’t worry, this article is not a plug for more scripture reading. Unless you need it to be. Then it most definitely is. Or maybe it is anyway. You decide.

Anyway, a couple of weeks ago, I was studying a few scriptures for a different article I wrote (The Top 7 Most Misunderstood Scriptures in the Church), and I came across the story of the widow’s mite. I love this story. To me, it’s one of the most tender sacrifices we see in the scriptures, a woman literally giving her all to God.

Very few of us are actually capable of sacrificing everything that our Heavenly Father wants us to. This story is just a little more assurance that this is possible.

It was in this moment, you know when I was doing the whole scripture reading thing, that I realized something that I never thought about before.

Would it surprise you that almost all of us have missed the actual moral in this New Testament story?

Would it surprise you even more that this moral isn’t about praising faith, but it’s actually a warning from the Savior?

Well… prepare to be shocked. If you feel up for it, of course.

Diving into the context

Before I even begin, I need to make sure that I am clear and understood . . . I am not claiming that the principles we draw from the story of the widow’s mite are “wrong.” Unless we learn something that doesn’t coincide with the actual doctrine of the Church, I don’t think there really is a “right” and a “wrong” to things that we learn.

How on earth could I say that learning to give all to God is wrong?

All I am suggesting is that this is just another awesome lesson we can learn from studying the scriptures. It’s a hard lesson. But it is an awesome lesson. Trust me.

Likewise, wouldn’t it be just as important to understand what was going on surrounding the widow’s mite? Yes. Obviously. Let’s give this story a little context. 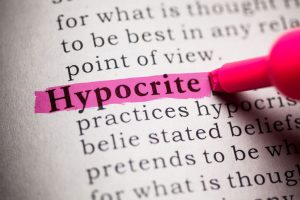 In both accounts of this poor widow, the wording is almost the same. Christ had just finished speaking a few parables in response to the Pharisees’ and Scribes’ critiques. He told them to render unto God what was God’s. He told them the first and second greatest commandments. Then He ends with this fine note:

We then hear him speak of the poor widow, who gave all she had.

Immediately after His observation, He warned everyone that the temple (where the widow cast the money) would one day be destroyed to the point where “there shall not be left one stone upon the other” (Luke 21:6).

I don’t know about you . . . maybe I’m just crazy. This seems like a dramatic shift in the Savior’s words, at least in the way we portray them to be.

The tone of the story 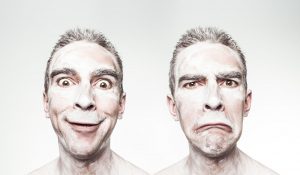 Imagine that we are the disciples whom the Savior is teaching in the story. He had just finished responding to all the traps the Pharisees and Scribes had tried to lay for Him.

“Beware of these Pharisees and Scribes. They are hypocrites. They love the approval of men but ignore the commandments of God. They walk in their nice clothes so people notice them. They love power and authority in the synagogues. They take advantage of widows and their circumstances. They say long prayers so they feel holy. They will be rewarded for their works.”

“Do you see that widow over there? She gave all that she had. She has so much faith and is so willing to give all to God.”

“Anyways, as I was saying, these other men are the worst. They only give because they have a lot, and they make sure people notice how much they cast into the treasury. Yet all of their fake efforts are for nothing. This very temple to which they are given money is going to be destroyed one day.”

Doesn’t this version of the story seem a little choppy? I mean, I’m no literary expert, but people usually keep the same kind of tone and meaning behind what they are teaching. Perhaps the Savior pointed to her for a different reason. Is it possible? 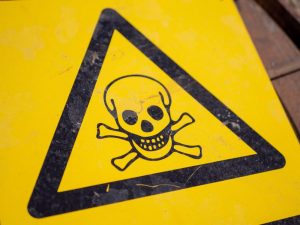 Try keeping the same tone, the same moral throughout this story, that Christ had just been teaching, what happens? Are there any differences in the meaning?

All of a sudden, the Savior’s warning becomes loud and clear.

Rather than simply revere the widow for her sacrifice (though this is a powerful message), He was pointing to the very thing about which he was teaching. The widow desired to keep the religious and social customs that were created by the very people about whom Christ was warning.

They devour widows’ houses He says. IT COST HER EVERYTHING. Of course, God would bless her. Of course, Christ admired her courage and faith. But the very thing she was doing was not necessary. The Pharisees and Scribes were taking advantage of an older woman down to her very last two mites.

To make matters worse, that same money would go to waste. The very temple it was donated to would one day be completely destroyed. The religious leaders of the time required everything from the old lady, and it would be for nothing.

No wonder they will receive the greater damnation.

The story of the widow’s mite is a warning about those who take advantage of others.

Believe it or not, that same warning applies to every one of us.

How we take advantage of others

I know almost no one who would take advantage of a poor widow in the way the Pharisees did. Which is why they were probably the only ones evil enough to crucify the Savior.

However, in one way or another, I think we all sometimes may do the “right” things for the wrong reasons.

I know, it’s a big shocker that once again, we are not perfect. It’s a hard thing to take in sometimes. But it’s also a huge blessing. 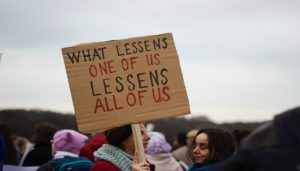 Immediately, I think of those who do or are tempted to break the law of Chastity. What more explicit example do we have of this kind of behavior? Even those who go out with others simply for the fun of kissing them . . . how are you making them cast in their last two mites?

How about when we argue with others? Do we use their weaknesses or ignorance against them? Do we flaunt our expertise and reason to take advantage and win? How are we making them cast in their last two mites?

Sometimes, a lot of us have trouble forgiving others. Is this not another way we take advantage of others. Are we not denying them the healing they perhaps desperately need in their lives? How are we influencing them to cast in their last two mites?

Perhaps we even manipulate emotions. Are the words “I love you” sincere when we say them? Or are they packed with expectations and agendas? How does that cause our loved ones to cast in their last two mites?

I could keep going. Almost every time we wrong someone in any way, we are taking advantage of them, the very thing that Christ warned about.

What the Gospel is all about

What the Pharisees failed to grasp was exactly what Christ set out to teach. They drew near unto God with all their silly traditions and actions, but they were far from letting the truth enter into their hearts.

The whole reason we have the Gospel is so that we can learn to become like Heavenly Father and His Son. What is their defining characteristic? 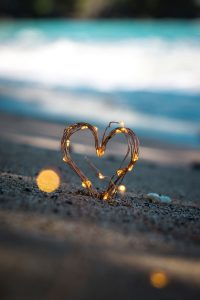 Love. To be perfect is to love perfectly. Love God, and man.

I don’t know if I could say with any certainty that this is a principle that we can perfect in this lifetime.

But I can say with a lot of certainty that when I stand before Christ to be judged, I can confidently tell him that I did all I could in this world to make sure to take care of the widows, and everyone who needed love and support. I want to make sure that I gave my every effort to be the one that offered a home and a family to anyone that is being forced, persuaded, manipulated, or influenced into casting in their last two mites.

I told you, it was a hard lesson. One that is really contrasted to how we usually tell this story.

But man, it sure is an important warning to heed if we want to do all we can to follow our Savior and love Him with all our heart, might, mind and strength.