“Ye Shall Be Witnesses unto Me”

Now that we are finished with the four Gospels — Matthew, Mark, Luke, and John — we discover that very suddenly the King James Version of the Bible becomes much more difficult to read. If that is the case for you and this has kept you from reading the entire New Testament, try reading the rest of the NT in the New International Version, accessible online here and for purchase here. Then check back with your KJV for Latter-day Saint related footnotes.

The Acts of the Apostles was written in Greek, probably by Luke. Acts was probably written in Rome between 70 and 90 A.D. or a bit earlier.

The resurrected Christ ministered to the apostles for 40 days (Acts 1:3):

The number 40 appears in the Bible often and often means “a lot” rather than the number 40. Jesus may have ministered to and taught His apostles for 40 days or not.

In the last lesson, we discussed the accounts in the four Gospels of Christ’s resurrection and His appearances to His disciples. The Gospels disagree on many details of these events, and John 20:22 has Christ in Jerusalem with His apostles right after He was resurrected: “And when he had said this, he breathed on them, and saith unto them, Receive ye the Holy Ghost…”

Yet, in Acts 1, we still see the apostles remaining in Jerusalem after the crucifixion and resurrection, but with Christ saying the following:

When they therefore were come together, they asked of him, saying, Lord, wilt thou at this time restore again the kingdom to Israel?

And he said unto them, It is not for you to know the times or the seasons, which the Father hath put in his own power.

But ye shall receive power, after that the Holy Ghost is come upon you: and ye shall be witnesses unto me both in Jerusalem, and in all Judæa, and in Samaria, and unto the uttermost part of the earth.

Then Christ rose and departed from them.

Christ was taken up into heaven and two angels appeared, saying the now-famous words, “Why stand ye gazing up into heaven? this same Jesus, which is taken up from you into heaven, shall so come in like manner as ye have seen him go into heaven.” 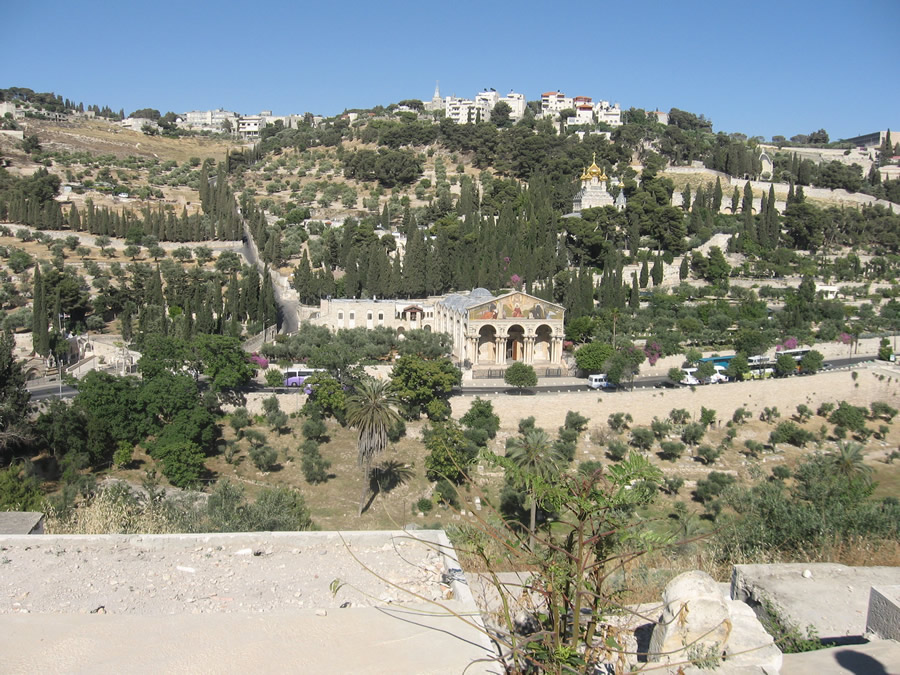 In order to keep the Sabbath holy, people were limited to walking only 1,000 steps. The Jews would (and still do, if they are observant) limit themselves to 999 steps in order to keep from breaking the Sabbath. If a person had a place to rest and eat, it was counted as being home, and then the person could embark on another 999 steps. Steps did not need to be counted within a walled city, but this verse says the apostles were in Olivet, which is the Mount of Olives to the east of Jerusalem without the walls. One thousand steps would be adequate to take the apostles into Jerusalem proper.

The disciples meet in an upper room and choose another apostle (Acts 1:13 – 26):

About 120 people, both men and women, were at this gathering, all of whom were devoted followers of the Savior. Peter recounted the betrayal perpetrated by Judas. Peter’s statement that Judas died in a fall differs from Matthew’s account (Matthew 27:1 – 10) that Judas hung himself. To fill the vacancy in the twelve, the apostles chose Joseph called Barsabas and Matthias, prayed to know which of the two men should replace Judas, and cast lots. The apostleship fell upon Matthias.

The Feast of Pentecost (Acts 2):

Passover occurs at the beginning of the dry season in Israel. Sometime in April until the fall, there is no rain at all. From Passover, Jews “count the omer.” An “omer” is a measure of grain. The first barley harvest falls before Passover, but from then on, crop-growing becomes pretty scary. A feeling of trepidation during the season is added to by the turning of the winds, which usually blow towards the east from the Mediterranean, but now blow towards the west from Arabia. These winds, called sharav in Hebrew and hamsin in Arabic, are hot, dry, and full of sand. They bring on depression in people and devastation for crops. Israelis avoid celebrations and marriages during the 49 days of counting the omer.

Pentecost is the 50th day and is the pilgrimage festival called the Feast of Weeks (shavuoth). When the temple still stood, it was a joyous festival with parades of animals and pilgrims going to the temple bedecked in flowers. So again, Jerusalem was filled with pilgrims from all around the Middle East and Mediterranean. At Passover just 50 days before, Christ had been the big attraction, and His crucifixion shocked everyone. Now, pilgrims had been home for seven weeks and had had an opportunity to think about these events.

The high priests had assumed that the cult of Christ would end with His death, but at Pentecost, the apostles showed up with the same ability to do miracles. The Feast of Weeks celebrated the gift of the Torah (gospel, scriptures) and the spirit of God given at Mt. Sinai during the Exodus. Because of the symbolism of the holidays, that the apostles spoke in tongues was seen as a fulfillment of the promises of the holiday. Thousands were converted. Thousands more were converted after watching the apostles perform miracles of healing on the grounds of the temple.

When preaching and witnessing of Christ, Peter invoked the name of David. Christ was of Davidic descent and David had prophesied that his descendant would sit on his throne forever. Peter’s address to the pilgrims not only explained the prophecies’ fulfillment but referred to the most popular figure in Judaism, David the King. He still is the embodiment of the hope of the Jews for respect and self-determination, their greatest hero. Although Christ “failed” to liberate Judea from the Romans, He conquered death. Those who were not convinced at Passover began to understand at the Feast of Weeks.

Many converts continued in Jerusalem, had everything in common, taught in the temple, and gathered more believers into their midst. But danger grew for them every day.

The gate of the temple which is called beautiful (Acts 3:2):

This interesting discussion of which gate was the Gate Beautiful (where the apostles healed a man who was lame) tells us much about Jewish tradition.

Here, Peter healed a man lame since birth, who then went leaping into the temple praising God. Peter then had the opportunity to testify of the source of this power.

Peter and John are arrested (Acts 4):

Note that Annas (Caiaphas’ father-in-law) and others of the family assembled to judge these apostles. Since the high priesthood could be purchased from the Romans, and the family of Annas were very wealthy Sadducees, a number of them had been the high priest. But they had no jurisdiction to try these men.

The Jewish leaders had something new to deal with since they could not make the miracle go away. They threatened Peter and John and then let them go. Again, as with Christ, they feared the people.

Peter and John gathered with a large group of disciples who praised God and were so full of the Holy Ghost that their habitation shook. Wealthy individuals sold their property and brought money to the apostles for the support of the saints.

The Christians in Jerusalem were living according to God’s United Order and they had all things in common. Those with assets were liquidating them to give to the Church. But Ananias and his wife Sapphira, although calling themselves saints, conspired together to withhold the profits they had earned. God struck them dead once they were discovered, having borne false witness to the apostles. That seems severe. It feels more like the schoolmaster law revealed by Moses than the higher law enacted by Christ. But God is just. He called them home as an example to others and to protect His Church. Note that they were wrapped and buried immediately, which is Jewish custom even now.

Many people began to pay more attention as a new witness presented itself, in that Christ’s apostles were able to perform the same miracles as had the Christ. A “multitude” became believers as they watched the apostles display their power and authority.

The apostles were imprisoned for preaching but were released by an angel who commanded them to continue to teach at the temple. The priests told their officers to go to the prison and bring the prisoners to court. The prison was absolutely secure and the guards in place, but the apostles were missing. Due to fear of the people, the priests brought them to court without violence, where of course, they testified of Jesus crucified and risen.

Of course, murder was in the hearts of the judges once again, but then they are counseled by Gamaliel, a doctor of the law (a scribe) and well-respected. Gamaliel reminded them that there had been others who claimed to be Messiah. They had lost their lives and their flocks had scattered. Gamaliel spoke these famous words:

Refrain from these men, and let them alone: for if this counsel or this work be of men, it will come to nought: But if it be of God, ye cannot overthrow it; lest haply ye be found even to fight against God.

This calmed down the judges. They beat the apostles and sent them away with a warning not to preach. The apostles rejoiced in being able to suffer for the cause.

And daily in the temple, and in every house, they ceased not to teach and preach Jesus Christ. 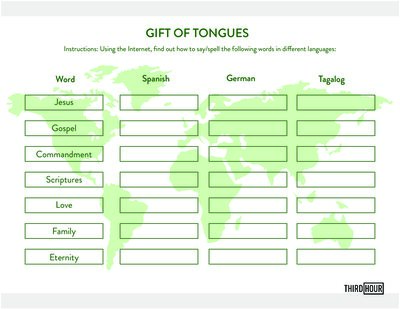 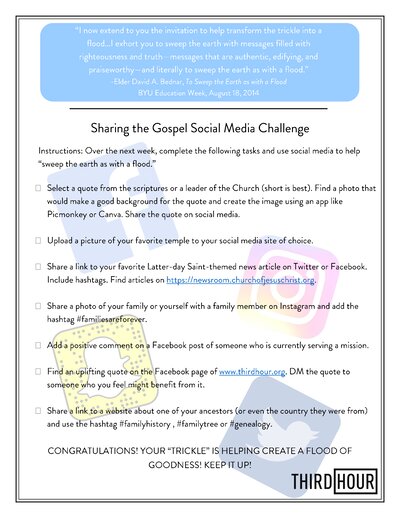