Matthew 19 opens with the Savior having resorted to the area southeast of Jerusalem in the Judean wilderness where John the Baptist had served his mission. Many resorted there and believed in Him. The Pharisees again showed up to test Him and try to incriminate Him.

The Pharisees question Jesus about divorce and Jesus teaches that marriages are meant to hold together. The Law of Moses allowed for divorce because of the fallen nature of Man, and the inability of the Israelites to live a higher law.

Verse 12 seems odd because Christ is talking about eunuchs. Eunuchs were normally castrated males given charge over harems. Here is what Jesus was saying:

In Matthew 19:12, Christ describes three types of people as unfit for marriage, namely those who have been castrated (which all exegetes take as indicating eunuchs); those born incapable (congenital eunuchs) and those who, by their own free choice and for the glory of God’s Kingdom, abstain from marrying (voluntary celibates).

According to the Law of Moses, eunuchs could not be part of the congregation (Deuteronomy 23:1). But verse 12 also mentions those who chose to be celibate in order to serve in God’s kingdom. This is interesting, because the Law of Moses is against celibacy. That said, the Essenes of Qumran, very near where Jesus was preaching at this moment, practiced celibacy in order to be pure.

In order to join Christ in His Father’s kingdom, we must be willing to lay everything we have upon the altar. This is actually the Abrahamic Test as well as the Law of Consecration. The definition of an Abrahamic Test is that God requests something of us that is 1) Not logical; 2) Is risky, and 3) a personal commandment through the Spirit. For the young rich man to give up all his possessions would mean discarding everything he had built his life on, including his status and role within his culture. It’s the spiritual leap of faith that puts you on a wing and a prayer with all of your trusted anchors no longer available.

Many new converts face an Abrahamic test. Having received a witness, many risk losing friends, family, and employment in order to be baptized. To be exalted, this is what God requires of us (Mark 10:28 – 31).

The parable teaches us that those who find faith late in life will inherit the same reward in heaven as do those who have always labored for the Lord. There is a truly refreshing article written by a member of the Catholic Church that reflects on a sermon about this parable. The priest who gave the sermon was from Africa and the sermon was delivered in Los Angeles.

Each day, the priest had observed men on the streets of L.A. longing to receive work and earn wages. In the parable given by Christ, those who had worked all the day long had received great blessings over and above the penny paid to all who labored. For that entire day they had felt peace that they had work, would receive a wage, and would be able to support their families, while those who arrived at the eleventh hour had no such feelings of security.

The priest wished that those who had worked all day had more charity for those who found work only for an hour. But there is something else as well. Brigham Young said that he and many Latter-day Saints at the time were walking around in a saved state. They had confidence before God every day, and therefore, they were saved all the time. These were the early laborers in the parable who felt secure in their enlistment in the work of the Lord and secure in the wages God had promised them. 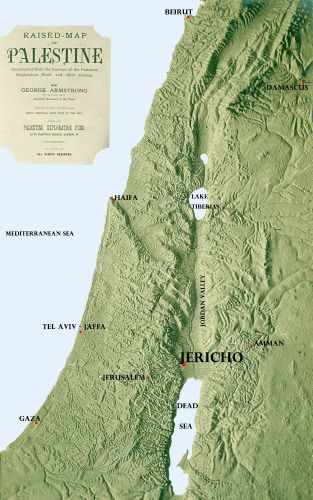 Jericho is just a bit north of the Dead Sea and is an oasis just west of the Jordan River.

The road going up to Jerusalem would have been the same one talked about in the Parable of the Good Samaritan. Note that even though there is indeed a difference in the elevations of Jericho and Jerusalem, the term “going up” would have been used. Because Jerusalem is the Holy City, one always goes up to it no matter what elevation one is leaving from.

It’s the same with Israel. One always “goes up” to Israel and goes down when leaving the country.

As Christ and His apostles left Jericho, Christ prepared them for His final days and crucifixion.

Christ compares Pharisees who keep all the outward commandments but inwardly are filled with pride (compare the Zoramites in the Book of Mormon) to the humility of a publican who is trying to solve his imperfections through faith. Christ says it is the publican who is closer to salvation. 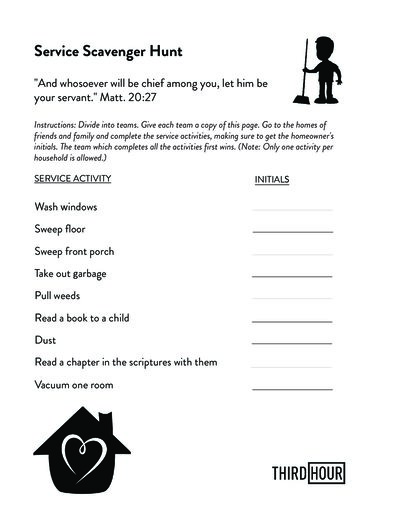 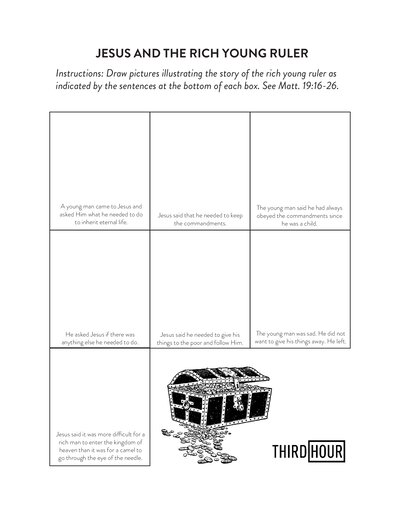