Sharing what you have with the poor (2 Corinthians 8):

Paul shares the example of the Saints of Macedonia (northern Greece) who, in their poor circumstances, found a way to impart of their substance to even needier members of the church. Paul urges the Corinthians to be generous in aiding the poor, but he counsels them not to impoverish themselves in order to do it.

So this is “don’t run faster than you can walk” counsel from Paul. We need to be prayerful when we give:

Paul talks about Christ’s gifts to us. He calls Christ “rich” (v. 9). Yet, Christ denied Himself of all material things in order to enrich us. Paul wants us to have a Christlike heart, but to be wise with our resources.

Paul talks about giving cheerfully and not grudgingly. Those who give will have blessings multiplied unto them because of their giving.

A worthwhile discussion might be about the attitude we have when we pay our tithes and offerings. There are a number of feelings we could have when we pay tithing. It’s wonderful to reach the stage where it brings us joy, where we feel it’s the absolute best thing we could do with our money. And fast offerings—how do we calculate the value of two meals?

The importance of obedience (2 Corinthians 10):

Most of chapter 10 consists of Paul’s delight in his calling, but at the very beginning of the chapter, he talks about obedience and how by living obediently, the saints are warring against worldly disobedience. This lesson easily applies to the world we live in now. More and more people in America are choosing to be “spiritual but not religious.”

A notable part of this choice is that there are no standards to be met and no accounting to be made when a person chooses their own way to be “spiritual.” There are no commandment and nothing to be obedient to. What is the value of being obedient to the laws God has set?

Paul recounts the suffering he has gone through for Christ (2 Corinthians 11):

Paul cautions that “false apostles” are found in the congregations. These lay a snare for those who believe the simple truths that Jesus taught. They create their own doctrines and engage in priestcraft—preaching in order to get gain or popularity.

Paul has been steady in his devotion in spite of being beaten, tortured, imprisoned, shipwrecked, threatened with death. He states that it’s worth it to have the gospel of Christ.

Paul is caught up to the third heaven. The difference between “weakness” and “weaknesses” (2 Corinthians 12):

Paul talks about himself in the third person as he states that he was caught up to the Celestial Kingdom. Even though he received this amazing blessing (along with his calling and election, most likely), God saw fit not to relieve him of a “thorn in the flesh” he had suffered from for many years.

Paul received one of the greatest blessings possible, yet God withheld a blessing of simple healing. Why might this be?

In the chapter description, “weaknesses” are mentioned, but scripturally, “weakness” is the word that should be used.

Why are they different and how are they the same? Study and discuss this article.

The standard of two or three witnesses is everywhere in both the Bible and the Book of Mormon. Legally, under the Law of Moses, only a direct witness could bring charges against a person, and then one or two more would have to verify his account. In capital crimes, that witness would have to throw the first stone. If he was a false witness, the punishment would be turned onto him. Being a witness was a very important role. You wouldn’t want to take it lightly.

Most of the things of God must be taken on faith. The world we live in is puny and temporary indeed compared to God’s realm, most of which is invisible to us. All we have is the witness of those who have received revelation or who have been privileged enough to gain direct insight into God’s realm. Paul was taken up to the third heaven, so he was a witness to the fact that heaven exists. We also have the witness of Joseph Smith and Sydney Rigdon who saw the Celestial Kingdom in vision.

We have to take their accounts on faith. But it helps that there is more than one witness.

See what Corinth looked like in the 2nd century A.D: 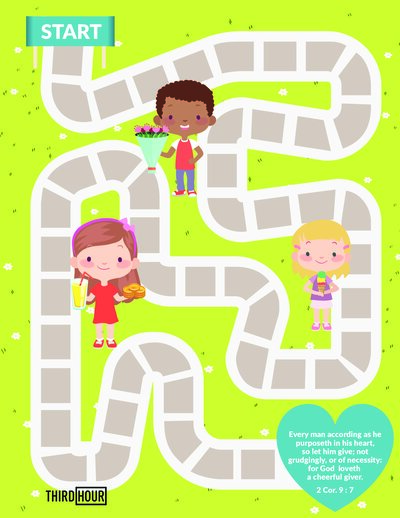