Buzz Gallup Poll: Where Do Mormons Stand on Moral Issues? 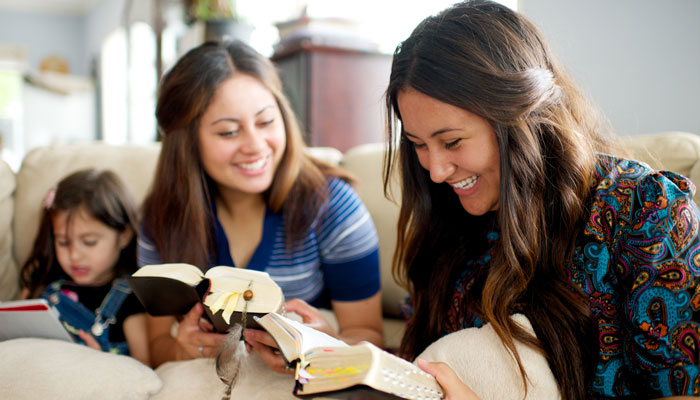 It’s no surprise that religious beliefs have an impact on what Americans believe is morally right and wrong. Gallup released a new poll that reveals people’s positions on moral issues based on their religious affiliation.

The poll studied a series of moral issues such as abortion, divorce, same-sex relations, doctor-assisted suicides and out-of-wedlock births.

Major differences were found between Mormons, Protestants and Catholics, who took a more pro-life stance, while Jews and the non-religious took a more liberal stance.

Jews and those with no religious preferences have virtually identical views on the morality of abortion, doctor-assisted suicide, gay-lesbian relations and cloning animals. Jews are somewhat less likely than nonreligious Americans to believe having a baby outside of marriage is moral, 68% to 80%.

In a 2010 Pew poll, research confirmed the influence religion has on people’s moral beliefs. Christians are taught that human lives are created in the image of God, which has led to a majority of Christians leaning towards the pro-life movement.

On the issue of abortion, 26% overall say religion is the most important influence on their opinion, including 45% among abortion opponents.

Just 9 percent of those who support legalized abortion say religion affected their conclusion about it.

With a decline in religious affiliation among Americans, which may have to do with cultural shifts, differences in what surveyors tell interviewers, demographic changes and other factors, it is very likely that Americans will trend towards more liberal views than not.

Abortion
“Members must not submit to, perform, arrange for, pay for, consent to, or encourage an abortion. The only possible exceptions are when:

Out-of-Wedlock Births
“Church members who are single and pregnant are encouraged to go to their bishop. By virtue of his priesthood office and calling, he can counsel with them as they make important decisions that affect their own well-being and that of the child… When a man and woman conceive a child outside of marriage, every effort should be made to encourage them to marry. When the probability of a successful marriage is unlikely due to age or other circumstances, the unmarried parents should be counseled to work with LDS Family Services to place the child for adoption, providing an opportunity for the baby to be sealed to temple-worthy parents… If an expectant parent decides to parent the child, Church leaders and other members should treat the parent and child with care and compassion and seek to strengthen parenting skills.”

Suicide
“It is wrong to take a life, including one’s own. However, a person who commits suicide may not be responsible for his or her acts. Only God can judge such a matter.”

Gay-Lesbian Relations
“Homosexual behavior violates the commandments of God, is contrary to the purposes of human sexuality, and deprives people of the blessings that can be found in family life and in the saving ordinances of the gospel… While opposing homosexual behavior, the Church reaches out with understanding and respect to individuals who are attracted to those of the same gender… If members feel same-gender attraction but do not engage in any homosexual behavior, leaders should support and encourage them in their resolve to live the law of chastity and to control unrighteous thoughts. These members may receive Church callings. If they are worthy and qualified in every other way, they may also hold temple recommends and receive temple ordinances.”

Divorce
“When men and women marry, they make solemn covenants with each other and with God. Every effort should be made to keep these covenants and preserve marriage. When divorce occurs, individuals have the obligation to forgive rather than to condemn, to lift and to help.”

Gambling
“The Church of Jesus Christ of Latter-day Saints is opposed to gambling, including lotteries sponsored by governments. Church leaders have encouraged Church members to join with others in opposing the legalization and government sponsorship of any form of gambling.”