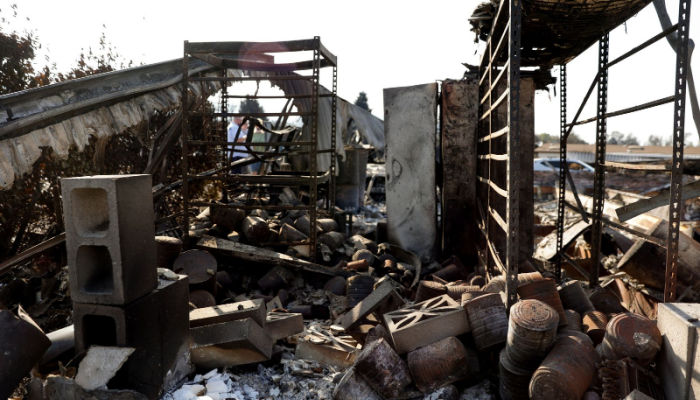 The fires in California and the northwest have launched embers into extremely hot and dry winds that have carried fire to neighborhoods that are not surrounded by trees. These winds have played hopscotch through communities randomly setting some homes on fire and sparing others. The Almeda fire in southern Oregon ranks in the top ten most devastating fires in America in the last 50 years, having decimated over 2,300 homes.

The fire damaged or destroyed 50 homes in a single congregation of The Church of Jesus Christ of Latter-day Saints—the Bear Creek Ward. Many of those ward leaders most likely to spearhead relief efforts were themselves homeless, without power or water, or otherwise affected. Throughout the stake, 65 more homes were razed.

Experts suspect that the Almeda fire was deliberately set. “The Almeda Fire began under suspicious circumstances, which are being investigated as a crime, in a field where a man’s remains have been found. It was fed by subsequent arson, police said. A 41-year-old man was arrested Friday for allegedly setting fires in one of the cities, Phoenix.”

It’s been nearly 2 years since fire destroyed Paradise, California, and there are still Latter-day Saints who lived there who are still not permanently housed, so recovery can be a long, difficult trial. Immediate needs are easier to help with. “Church headquarters has sent three truckloads of food to areas in need and has scheduled eight more. That aid, as well as help with clothing and shelter, is being provided to everyone in need in affected communities through local food pantries and other resources.”

An article in the Deseret News tells the personal stories of several affected neighbors and the efforts going forth to help them. The video below is about one of those families. Read more about them and other families devastated by the fire in the Des News.