Buzz Speech from Non-LDS Graduate Invites You to Know Christ 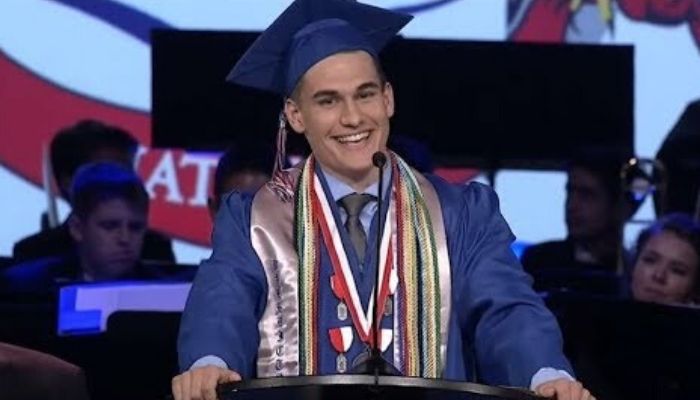 Kyle Martin received a 4-year full-ride scholarship and graduated with a 4.6 GPA. In his speech titled “The 16th Second,” Martin spoke of his regrets about becoming valedictorian.

Martin graduated in 2019 from the King’s Academy in Palm Beach, Florida. Things took an unexpected turn as Martin began speaking. He said, “I’m well aware that this is kind of a downer speech but I don’t care…” after which the video went viral on social media.

What do you think of his speech? Share in the comments.