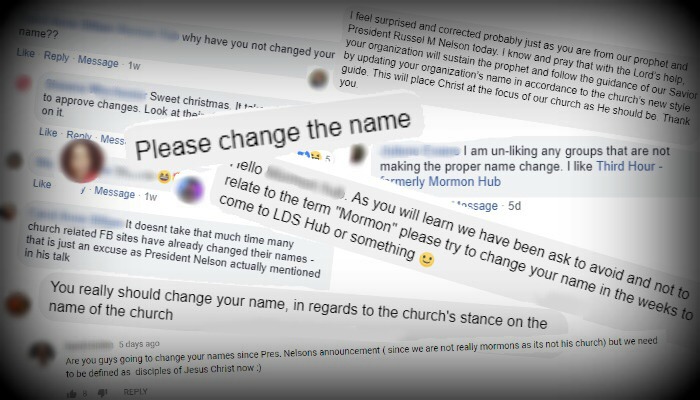 The internet is full of well-meaning members of The Church of Jesus Christ of Latter-day Saints that have turned their passion for the gospel into websites, Facebook pages, Instagram accounts, YouTube channels, etc. A large portion of them contain the now four-letter terms, “Mormon” and “LDS,” in their names. Since President Russell M. Nelson’s admonition to emphasize the correct name of the Church, these entities have fallen under attack by two groups of people.

The first group is composed of the Church’s critics. This backlash was (and is) fully expected. There will always be those who jump on any opportunity to point the finger of scorn.

But the second group was more surprising. It’s composed of Latter-day Saints, assuredly trying their best to be faithful. Unfortunately, in their attempts to sincerely follow the prophet, they seem to feel called to traverse the internet, handing out condemnation cards to any entity that has yet to make corrections to their names. And in so doing, they may be failing to follow the finer details of the prophet’s actual counsel.

It is indeed undeniable that President Nelson, and the Lord, want us to use the proper name of the Church. But President Nelson was also very clear when he said the following in his October General Conference talk:

If we will be patient and if we will do our part well, the Lord will lead us through this important task. After all, we know that the Lord helps those who seek to do His will, just as He helped Nephi accomplish the task of building a ship to cross the sea.

We will want to be courteous and patient in our efforts to correct these errors.

The reality of the situation

I’m going to briefly invoke some President Oaks-worthy bluntness for a moment. I apologize in advance for any snarkiness that slips into my wording.

I’m willing to bet that every single active Latter-day Saint entity in the world is well aware of the name correction. We do not need to remind them. We do not need to threaten to “unlike” their page or publicly denounce their blog because they apparently weren’t righteous enough quickly enough. Frankly, it comes across as judgmental, condescending, and self-righteous. But it’s also important to recognize that many of those making these comments are just sincerely underestimating how difficult a name change can be.

For some organizations, changing a name (or correcting a name, in the Church’s case) takes a substantial amount of time. Sometimes it’s not just a matter of switching “Mormon Stuff” to “Latter-day Saint Stuff.” There are URLs involved, domain names to consider, logos to redesign, website art to recreate, third party approvals to receive, not to mention multiple social platforms to overhaul, all with their own special specifications, procedures, and approval processes. It. Takes. Time.

The Lord knows this. President Nelson knows this. President Nelson said this. If the Lord has yet to rain fire and hail upon churchofjesuschrist.org, the Church’s official website, for not yet changing its URL, then I hope we can extend a certain measure of mercy and patience towards other affected websites, whether affiliated with the Church or not.

Poor Mormon Channel has been getting lambasted: 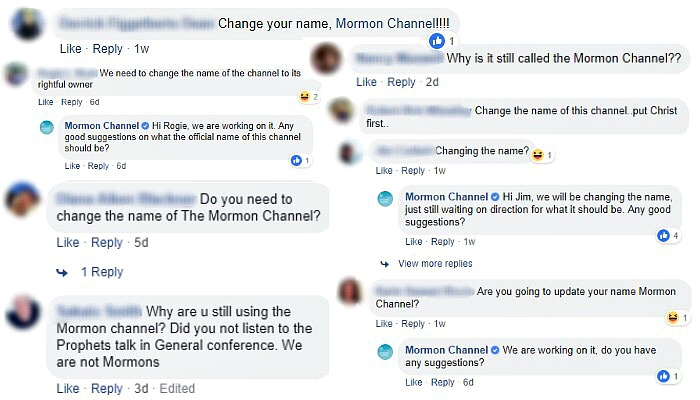 I think we can expect all of these names to change eventually, but even if they don’t, judgment belongs to the Lord, not you, Debra.