Faith Belief Do Mormons Believe in the Trinity? 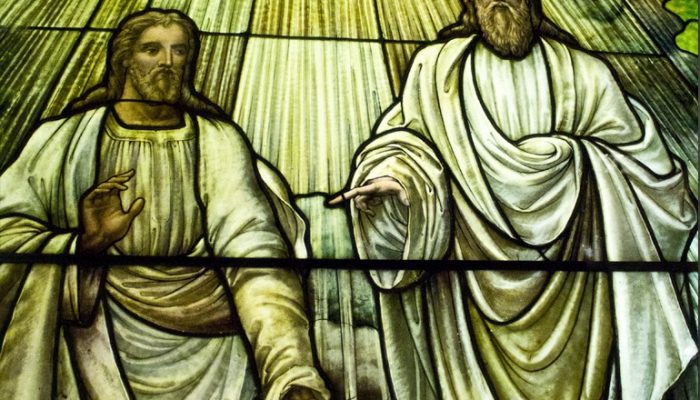 Trinity is defined as follows:

The Christian doctrine of the Trinity defines God as three divine persons (Greek: ὑποστάσεις): the Father, the Son (Jesus Christ), and the Holy Spirit. The three persons are distinct yet coexist in unity, and are co-equal, co-eternal and consubstantial (Greek: ὁμοούσιοι). Put another way, the three persons of the Trinity are of one being (Greek: οὐσία).  The Trinity is considered to be a mystery of Christian faith.  According to this doctrine, there is only one God in three persons. Each person is God, whole and entire.

The word “Trinity” was first used by Tertullian in the third century to explain that  the Father, Son, and Holy Spirit are “one in essence—not one in Person” in opposition to modalism.

n 325, the First Council of Nicaea established the doctrine of the Trinity as orthodoxy and adopted the Nicene Creed, which described Christ as “God of God, Light of Light, very God of very God, begotten, not made, being of one substance (homoousios) with the Father”.

The Protestant reformation, although desiring to get back to biblical Christianity with the Bible as the central authority, mostly kept orthodoxy’s definition of the Trinity.  Most Christians, in spite of biblical descriptions of prophets speaking with God face to face, have imagined God as a spirit and that spirit taking on a body (becoming “incarnate”) as Jesus Christ.

Mormons reject the trinity as being post-Biblical. Mormon beliefs accept all three beings as completely separate beings, but one in doctrine and purpose. They’re entirely unified in their work.

Trinitarians often use scriptures to back their belief, generally those in which Jesus says that He and the Father are one. Another popular scripture is found in John, chapter 14:

9 Jesus saith unto him, Have I been so long time with you, and yet hast thou not known me, Philip? he that hath seen me hath seen the Father; and how sayest thou then, Shew us the Father?

Those who pluck that scripture from the King James version often fail to notice that a little further down, Jesus demonstrates what this means.

10 Believest thou not that I am in the Father, and the Father in me? the words that I speak unto you I speak not of myself: but the Father that dwelleth in me, he doeth the works.

This verse shows they aren’t the same person, because Jesus says plainly He is not speaking of Himself, nor is He the person doing the works. Later in the chapter we learn even more:

In the final verse of this chapter, Jesus Christ expresses His feelings for His Father:

31 But that the world may know that I love the Father; and as the Father gave me commandment, even so I do. Arise, let us go hence.

It seems unlikely He would walk around telling how He wants the world to see how much He loves Himself. This chapter does an excellent job of demonstrating the individuality of the three parts of the Godhead, as the Mormons call God, Jesus Christ, and the Holy Ghost.

In John, chapter 8, we see further evidence of their individuality:

28 Then said Jesus unto them, When ye have lifted up the Son of man, then shall ye know that I am he, and that I do nothing of myself; but as my Father hath taught me, I speak these things.
29 And he that sent me is with me: the Father hath not left me alone; for I do always those things that please him.

In these verses, Jesus talks about God being the person who assigns Him His work. He does nothing Himself, but follows the teachings of His Father, and works to please Him.

A person who carefully reads the Bible will notice there are many verses which demonstrate that God and Jesus are a family, not a single being. The trinity is a concept that developed after the death of the Savior and the Apostles. Tertullian is credited with first using the term to describe God, Jesus, and the Holy Ghost, writing in the early third century, and it was another century later before the First Council of Nicea formally declared it to be doctrine, after a debate in which five people initially disagreed. Three were talked into changing their minds, and the remaining dissenters were ousted. The doctrine was not declared by a prophet, but chosen through debate.

Mormon beliefs teach that Jesus Christ is what the Bible says He is-the only begotten Son of God the Father. While He came to earth, God continued to watch over and care for the earth, hearing prayers-including those of Jesus Christ, who was not praying to Himself-and answering them. In perfect harmony, they work with the Holy Ghost to carry out the work of God.