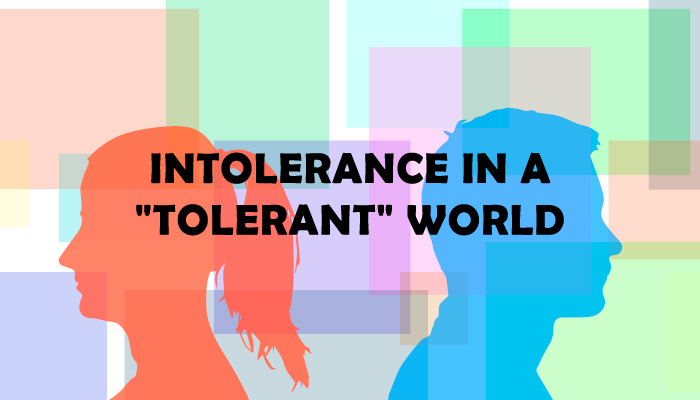 I once heard someone say, “People are okay with you having your own opinion — as long as it’s theirs.”

That really struck a chord with me at the time, and it repeatedly echoed in my mind during the recent election season as I saw words of hatred, malice, and anger coming from both sides of the political spectrum.

Funny enough, it would appear that in a time when tolerance is celebrated and lauded seemingly more than ever, people are becoming less and less tolerant.

Here’s the thing: tolerance doesn’t mean just tolerating someone that has your same opinion. Because that’s easy. Anyone can do that.

Tolerance doesn’t mean to condone or approve; it simply means to live in peace with and to show kindness to people who do not comply to your beliefs. It means being harmonious and loving rather than contentious and hateful.

I can’t even begin to count how many posts I saw on social media from people condemning others who voted for a candidate who opposed theirs. The amount of swearing, name-calling, bashing, and hating I saw is something I feel sick even thinking about.

Now that sounds like the opposite of tolerance to me. When I looked up the definition of tolerance on Google, I didn’t see any section that defined tolerance as, “Belittling, bullying, shaming, or degrading those who see things differently than you.” But hey, maybe I just missed it. Who knows.

Dallin H. Oaks, in a 2011 CES devotional entitled “Truth and Tolerance,” spoke of Christ’s example of tolerance concerning the woman taken in adultery that we read about in the New Testament.

“When He faced the woman taken in adultery, Jesus spoke the comforting words of tolerance: “Neither do I condemn thee.” Then, as He sent her away, He spoke the commanding words of truth: “Go, and sin no more” (John 8:11). We should all be edified and strengthened by this example of speaking both tolerance and truth: kindness in the communication but firmness in the truth.”

Elder Oaks points out that the Savior’s voice was not one of approval, but one of tolerance. Christ loved this woman as a child of God and recognized her divine worth and potential. However, despite His voice of kindness and love, it is clear that He did not excuse nor pardon her sinful behavior.

The Savior was unafraid to point out the truth. But He did it in a way that was far from degrading or hateful. His communication was always filled with love and respect — which is the very essence of tolerance.

Similar to Elder Oaks’ admonition that we must be tolerant but truthful is Elder Holland’s advice from a previous session of General Conference.

“Be strong. Live the gospel faithfully even if others around you don’t live it at all,” Elder Holland advised. “Defend your beliefs with courtesy and with compassion, but defend them.”

I can’t stress enough that tolerance does not mean to condone something. It doesn’t mean to accept it and be fine with it. Rather, it means to be courteous; to be compassionate. We need to defend what we believe, but we need to do it graciously and with love.

Kindness Has No Expiration Date 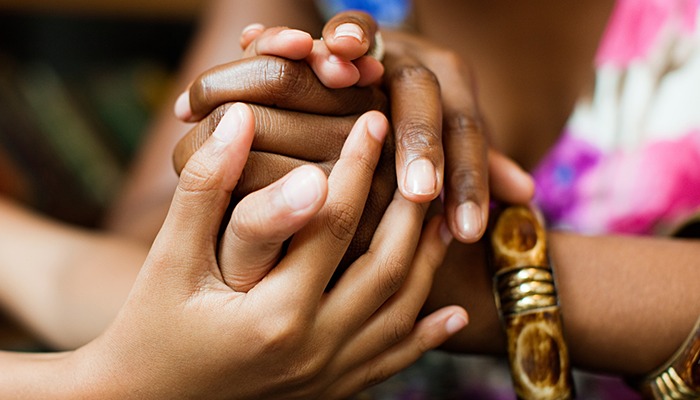 Recently, someone told me something that astonished me. We were discussing the election. Our candidates of choice differed, and I explained to her that I think people can disagree and still be loving. She quickly responded, “This is not the time for courtesy. That time has passed.”

I was shocked. The time for courtesy has passed? While I understand that people may disagree, I simply cannot prescribe to the idea that kindness is conditional; that it has a timeline.

In my mind, it’s pretty simple: there is no justification for hatefulness or for belittling and degrading someone. That is not the Savior’s way.

Christ commanded us to love others; to bless those who curse us. And I’ll be the first to admit that I’m far from perfect at that. I’m not getting on my knees every night and praying that people who have been unkind to me will win the lottery or anything.

But at the same time, from everything I’ve read, I have no understanding that Christ ever put a stipulation on how we treat others. He said to love everyone; to do unto others as we would have them do to us. Nowhere did He command, “Be kind to someone… Unless that person doesn’t agree with you. Then you can be mean to him because he totally deserves it.”

The great thing about life is that we don’t all have the same opinion on everything. Can you imagine if we did? How boring! There would be no room for progression or growth if we all thought the same thing and no one ever challenged our ideas or thought of ways to improve them. We just need to make sure that we are kind as we express our differences and compassionate as we disagree with others.

The Lord has been described as One who shows forbearance and patience. And as His disciples, we promise to be like Him.

That means that we don’t disrespect others. We aren’t belligerent or rude. We don’t shame and abuse those who disagree with us, no matter how justified we feel we might be.

It means helping others to come to know the Savior through us, even and especially when that’s challenging and difficult.

Because no matter how hard it is or how tough it might seem, at the end of the day when we show love and patience, we’ve become a little more like the Savior.

And that is a challenge worth taking any day.