Faith I Hated My Patriarchal Blessing 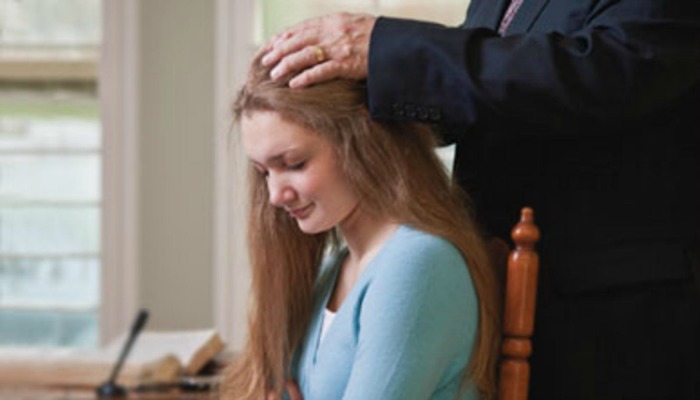 I was psyched to get my patriarchal blessing when I was 16. I’d read snippets of my parents’ blessings and had been told that my sister’s blessing had yielded some fascinating extra-doctrinal nuggets about the pre-mortal life.

When the day came, I went to my patriarch’s home. He was a wizened old man—liver-spotted hands, cotton-candy white hair in a half-halo around his otherwise bald head. He shook my hand, my parents’ hands, and sat me down in a wooden kitchen chair in his living room. Ceramic figurines and floral couches made the scene seem unexpectedly mundane. “This is my personal scripture blessing,” I remember thinking. “Shouldn’t it be a little more…mystical?”

And then the blessing started. I remember listening as the patriarch rattled off what seemed like a laundry list of formalities. Authority, lineage, a few familiar promises, and then he was wrapping it up.

I opened my eyes, and we were done. What just happened? The patriarch shook my hand again, said that he’d pass along my blessing when he had finished transcribing it, and ushered me out the door.

“It’s fine,” I told myself. “When you get the text copy of the blessing, you’ll find all kinds of cool insights and personalized doctrine and a coded message from Heavenly Father.”

When the blessing arrived in the mail in a plain manila envelope, I ripped it open and excitedly read the text. Then I read it again, somewhat less excitedly. Then once more, desperately.

My blessing was a tremendous disappointment. It did not seem to contain information about my spiritual gifts or powers. It did not relate to me or my personal attributes. Beyond naming my lineage and giving a few generic benchmarks for spiritual success, it was scanty on me.

No pre-earth hijinks, no promises of earth-life adventures, no sneak peeks into post-earth voyages. I felt like my blessing had basically been a patriarchal Mad Libs. Worse, the indistinct sentences didn’t even seem to be about me, functioning mainly as broad, sweeping sentences aimed at the general population.

“(Church noun) is very important for members of the Church.”

“The scriptures are available so that man may be (adjective).”

You’re probably expecting a story about how my blessing has eventually turned true, about how I’ve been humbled by its insights, and how in the end, the Lord winked at me through my blessing.

But I’ve been ordained to the Melchezidek Priesthood, my mission has come and gone, I found my dream girl and married her in the temple, I’ve held leadership callings in the Church—and my blessing still feels more like a brief collection of Gospel buzzwords than personalized scripture.

I still take it to the temple with me, in hopes I can squeeze some spiritual juice from it, that maybe in a certain temple somewhere I’ll finally get handed the Rosetta Stone to translate all the vague impartiality into deeply personal doctrine.

My blessing stands stoically silent, still unwilling to yield any extra insight. In my pursuit of truth, however, I’ve learned a few things about the Gospel:

1. Not Everybody Gets the Same Liahona 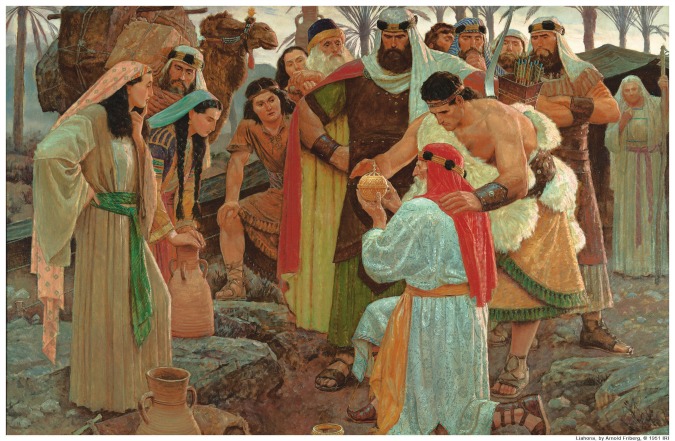 Long-time members of the Church have heard the story of the Liahona so many times, I think we could each build one from scratch. And as a doctrinal principle, it’s a fascinating subject: The Lord occasionally sends breath-taking examples of divine, personalized revelation and guidance to His children when they stand in need.

But the existence of the Liahona raises another question: why aren’t we always given Liahonas? Why didn’t every wandering Alma, Moses, or pioneer captain receive such a straightforward gift?

“…[A] person should not expect that the blessing will detail all that will happen to him or her, or be an answer to all questions. The omission of the blessing of a great event in life such as a mission or marriage does not mean it will not happen. My own blessing is short and is limited to perhaps three quarters of one page on one side, yet it has been completely adequate and perfect for me… From that short blessing I learned something about my responsibilities and my labors in establishing the kingdom.”

For me, the most significant word in this quote is the word “something.” Then-Elder Faust learned something, not everything about his coming responsibilities. And for him, that was enough. If we learn only one thing from our blessings, that can be enough. We may not feel like we’re holding a personal Liahona, and that’s okay—sometimes all you need, and all you get, is a still, small “something” to lead you along.

2. But Everybody Gets “Something”

If, like me, you’ve received a patriarchal blessing and are frustrated by its lack of personal insight, it might be time to take a step back and look at it from a wider view. By receiving a patriarchal blessing, you’ve already received something. You’ve participated in a unique element of the restored Gospel. You’ve allowed someone to fulfill their calling. And, if nothing else, you’ve received a description of your lineage.

Perhaps your tribal lineage is significant to you, perhaps it isn’t. Whether you appreciate it or not, you got it—and you got it in the only way you could. Julie B. Beck in 2006 said,

“Your lineage is important. It means that you are included in the promises given to Abraham that through him all the nations of the world would be blessed. Your lineage is a ‘blood relationship.’ That makes you literally ‘children of the prophets’ with a noble birthright. That is why we often say that you are ‘youth of the noble birthright’ and belong to a royal, ‘chosen generation.’”

No matter the remaining content of your blessing, no matter how you feel about the tone or timbre of the blessing, when all else fails, you’ve been granted an overarching insight into your personal purpose in the government of God. And that matters. 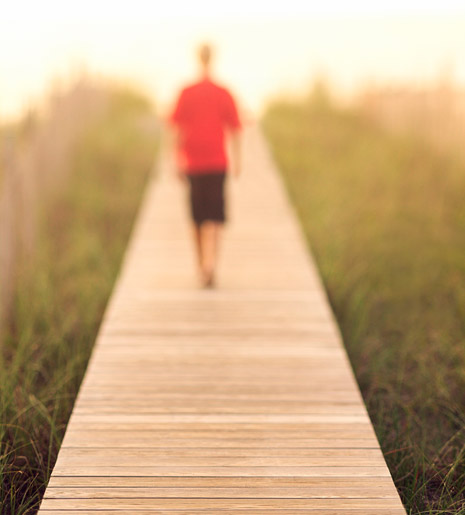 But if Heavenly Father explicitly explained everything that was going to happen to us, I think our natural reaction would to either become complacent, thus nullifying the blessing, or to “kick against the pricks.” We’d wrestle with fore-ordination and pre-mortal promises, trying to combat the feeling that we had no freedom of choice, that everything was already set in stone.

In a way, a vague blessing can be an affirmation of agency. A blessing with limited insight could be a testimony-builder that our Heavenly Father believes in our integrity and perspective enough to let us walk forward with limited road signs.

That being said, the pursuit of finding truth in my blessing has led me to reflect on my own path, my own fore-ordination, my lineage, the nature of revelation, and the ways God speaks to me.

And wasn’t that the point all along?