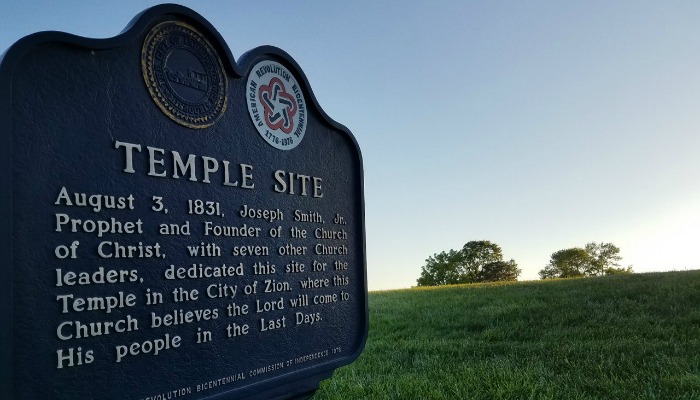 In mid-July 1831, Joseph Smith and a few Mormon missionaries visited Independence, Missouri. After arriving, the Prophet received a revelation designating Independence as the “center place” of the future city of Zion or the New Jerusalem. On Wednesday, August 3, 1831, Joseph and several associates dedicated a special plot of land “upon a lot not far from the court-house” for a future temple. This wasn’t to be just any temple, but the Millennial Temple to which Jesus would return.

Before the Saints could construct a House of the Lord, they were driven north in 1833 and then five years later, they were chased out of the entire state leaving behind their dreams of Zion and temple-building. But as the main body of Saints moved to Nauvoo and then to the West, what happened to the expectations of their Independence temple?

As Brigham Young and his followers headed to the Rocky Mountains, the property was sold by the family of LDS Church Bishop Edward Partridge who had passed away. At that point, the Utah Church had lost any claim to the property.

In the 1850s, Granville Hedrick, who led three separate restoration branches located in North Central Illinois, received a revelation instructing him and his followers to relocate to Jackson County. In 1867, they started acquiring the lots that comprised the spot where Joseph Smith had dedicated the site for the temple. Hedrick then believed that a temple would be built as early as the following decade. Yet, no temple structure was ever constructed.

The Independence temple lot was the center of controversy in the early 1890s as the RLDS church sued the owners of the temple lot, the church established by Hendrick, the Church of Christ (Temple Lot). The RLDS leaders claimed ownership of the temple lot property outright positioning themselves as the true successor of that church. Polygamy became a focal point of the litigation since the RLDS did not permit plurality, but many Nauvoo church members reported Joseph Smith taught it as restored principle and practice.

In 1900, representatives of the Church of Christ (Temple Lot) visited Salt Lake City and proposed collaborating with the LDS leadership to build a temple. LDS leaders declined, but at that time they became interested in any upcoming opportunities to acquire any part of the original 63 acres. In 1904, Utah leaders purchased a 20-acre parcel of the land dedicated in 1831. [The property held by the Church of Christ (Temple Lot) is about 2 acres.]

To learn more, listen to this interview with R. Jean Addams, author of Upon the Temple Lot: The Church of Christ’s Quest to Build the House of the Lord. Addams identifies the various owners today and outlines the prophecies concerning this unique temple building site in Restoration history. 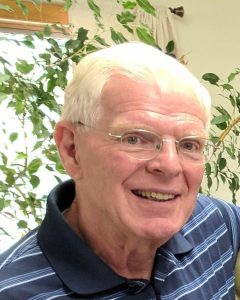 Jean Addams is a lifetime Mormon history enthusiast and independent historian. He is the author of “Reclaiming the Temple Lot in the Center Place of Zion,” “‘Upon a Lot . . . Not Far from the Courthouse’: A Photographic History of the Temple Lot in Independence, Jackson County, Missouri,”  “A Contest for ‘Sacred Space,” “Early sociological Issues Confronted by the Church of Christ (Temple Lot): African Americans, Native Americans, and Women,” and several other articles.

You can listen to the podcast here: