Faith Like Mother Mary, You Are More Than a Virgin 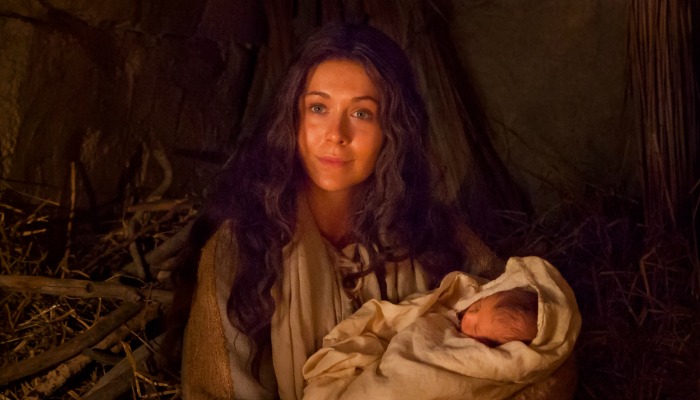 When the angel Gabriel appeared to the Virgin Mary and informed her of her miraculous pregnancy, history was changed forever. This event, otherwise known as the Annunciation to Mother Mary, was the first miracle of Jesus’ life and acted as the gateway to His life, His death, and ultimately His resurrection. For the purpose of this article, we will be looking at Luke 1, specifically verses 26 – 38, in the King James Version of the Bible.

Explanation of the Annunciation

Mary was in Nazareth when the angel Gabriel appeared to her. At the time, Mary was betrothed to Joseph. A betrothal was a serious contract between a man and the father of the woman he wished to marry. A betrothal was much more serious than today’s typical engagement and had serious consequences if it was broken. More on this later.

The archangel Gabriel appeared to Mary and told her to fear not. He then explained to her that she would miraculously become pregnant. Mary’s child would be named Jesus, who would be the son of God and would rule over the world forever. Gabriel explained to Mary that she would become pregnant through the Holy Ghost. Gabriel then informed Mary that her cousin, Elizabeth, would also miraculously bear a child in her old age.

Those of the Catholic faith believe in something called the Immaculate Conception, which teaches that Mary herself was born protected from the original sin (or the fall of Adam) and was, therefore, sinless. As Latter-day Saints, we do not believe this is the case. I personally believe the fact that Mary was NOT a perfect being is a beautiful aspect of this story. God trusted a sinful mortal with the responsibility of carrying and raising His son. God continues to trust His imperfect children to fulfill His work.

Christ was born in a mortal body to a mortal woman, just as you and I were. Christ receiving a body was a vital part of the plan; His mortal body allowed Him to fulfill His role as our Savior. Brother Brian K. Ashton, the previous Second Counselor in the Sunday School General Presidency, said it best in his talk, The Father:

During mortality, Heavenly Father provides us with the conditions we need to progress within His plan. The Father begot Jesus Christ in the flesh and provided Him with divine help to fulfill His mortal mission. Heavenly Father will likewise help each of us if we will strive to keep His commandments.

Mother Mary — More Than a Virgin

Mary is the perfect example of virtue, obedience, and rectitude. We so often think of her as “the virgin,” but she had many additional qualities that should be focused on. While her virginity played a pivotal part in this story (her virginity is what made the conception a miracle), Mary should not be confined to the title “virgin.”

Mary is a wonderful example to all women of selflessness and complete obedience to Heavenly Father’s divine plan for each of us. Mary was a humble servant of the Lord. She was selected by God to raise His Only Begotten. What an important role! Yet, she humbly and meekly accepted her fate.

Mary is also an example of having strength in hard times. Mary felt fear and uncertainty during the annunciation, a feeling many modern-women experience when they learn they are pregnant. Yet Mary girded up her loins, believed the words which the angel spake unto her, and continued in righteousness. As her son grew and began His ministry, Mary endured the pain of persecution right alongside Him, something modern-day mothers continue to do. Although there are no exact accounts, we can assume Mary held the Savior as He wept, supported Him in His many endeavors, and loved Him endlessly, on top of her own stressors and pains. What a wonderful example for mothers everywhere.

In Luke, we read about Mary’s reaction to the angel’s appearance – At first, Mary was terrified. The angel Gabriel said to her in verses 30 – 31, “Fear not, Mary; for thou hast found favour with God. And, behold, thou shalt conceive in thy womb, and bring forth a son, and shalt call his name Jesus.” After the angel announced her pregnancy, Mary doubted its truthfulness by asking, “How shall this be?” How often do we find ourselves asking the Lord, “How could this happen to me? How is this possible?” The archangel Gabriel answered this by saying, “For with God nothing shall be impossible.” As Mary did, we should find comfort in this sentence. Through God, all things are possible, and therefore, are possible to overcome.

As explained earlier, Mary was betrothed to Joseph. If a person had sexual relations during the betrothal, they would be punished and possibly stoned to death. Mary understood these consequences and probably feared for her own life. Yet, Mary put her full trust in God, accepting His plan for her by saying, “Behold the handmaid of the Lord.” What an incredible example to each of us of putting our own desires aside to fulfill the plan of God.

Mary was chosen before this lifetime to be Christ’s mother. There are many accounts in the scriptures of Christ’s birth to Mary, calling her by name, such as in Alma 7:10 – 13, proving Mary was selected before she came to Earth to raise the Lord. Mary had an endowed role as the mother of the Savior. An endowment is a gift, meaning her role was a gift from God. 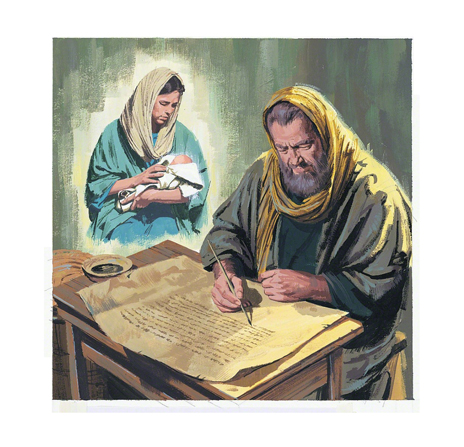 While angels do not commonly appear to women in modern times to inform them of their pregnancies, sometimes Patriarchs feel inspired to inform men and women in their patriarchal blessings that they will be parents in Zion. How beautiful is that? We can have our own personal annunciations in our patriarchal blessings. Modern women are chosen vessels for their own children.

As the Christmas season approaches, I invite you to remember and to learn from Mother Mary. Let us reflect and remember her as more than just The Virgin Mary.