Faith There’s a “Great Evil” Infecting Mormonism, and It’s Time We Got Rid... 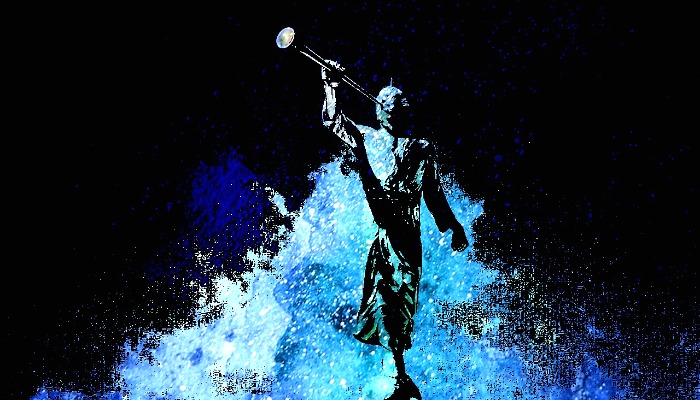 As a writer for MormonHUB, I spend a lot of time searching for material that I believe you, the reader, will find interesting. This process often leads me through forums, comment sections, Twitter threads and any other medium of opinions you can think of.

I have been shocked by how often I come across the same story that only confirms the truthfulness of President Ezra Taft Benson’s well-known statement: “Pride is the great stumbling block to Zion.” 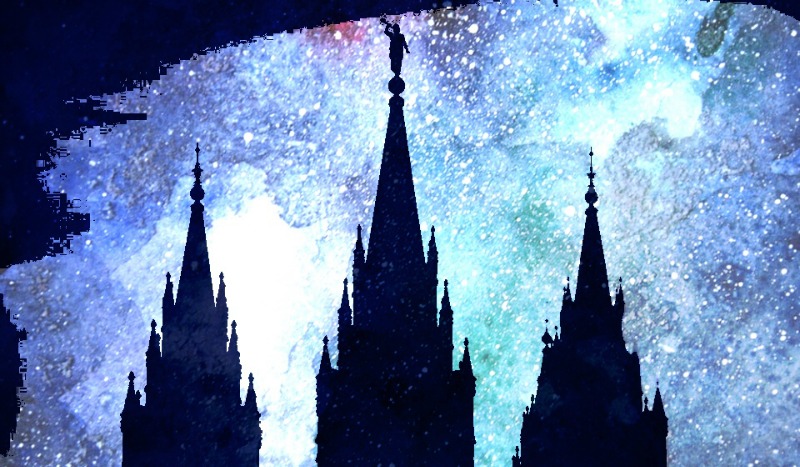 These Tweets are tough to read but there is a light at the end of this tunnel.

It is difficult to spend much time around Prideful #LDS #Mormons, so I #LookForTheDoor @mormontimes

As an exmormon I completely disagree with this. As a Mormon, I was taught to judge those who drank coffee, had tattoos, were LGBT, or had any sort of view that differed from what I was told to believe in any way. The culture is inherently judgemental. https://t.co/OzgAKrE5U0

This is ridiculous. Mormons are the epitome of a judgmental and excluding wanna-be “Christian” religion. I couldn’t agree with NYT more. https://t.co/MxrF7RVEI2

To be clear—I can show you plenty of examples from the social media world defending and complimenting Mormons, there’s plenty of that out there, which is awesome. What worries me is not that these negative opinions exist (they always have and they always will). What worries me is how much more frequently I’ve been stumbling across them over the last few  years.

We often respond to comments like these by saying, “Yeah, some Mormons are terrible, but the small minority isn’t representative of the whole.” That’s a true statement, and I’ve used it many times, but it’s also true that belonging to the restored church of Christ does not mean we’re immune from destructive pridefulness on a massive scale. It happened in The Book of Mormon multiple times.

What pride did to the church in The Book of Mormon

These scripture quotes are fairly long, but take the time to really read them. Maybe history really is starting to repeat itself. Let’s check out Alma chapter four:

And it came to pass in the eighth year of the reign of the judges, that the people of the church began to wax proud …

Now this was the cause of much affliction to Alma, yea, and to many of the people whom Alma had consecrated … yea, many of them were sorely grieved for the wickedness which they saw had begun to be among their people.

For they saw and beheld with great sorrow that the people of the church began … to be scornful, one towards another, and they began to persecute those that did not believe according to their own will and pleasure.

And thus, in this eighth year of the reign of the judges, there began to be great contentions among the people of the church; yea, there were envyings, and strife, and malice, and persecutions, and pride, even to exceed the pride of those who did not belong to the church of God.

… and the wickedness of the church was a great stumbling-block to those who did not belong to the church; and thus the church began to fail in its progress.

And it came to pass in the commencement of the ninth year, Alma saw the wickedness of the church, and he saw also that the example of the church began to lead those who were unbelievers on from one piece of iniquity to another, thus bringing on the destruction of the people.

Yea, he saw great inequality among the people, some lifting themselves up with their pride, despising others, turning their backs upon the needy and the naked …

Now this was a great cause for lamentations among the people, while others were abasing themselves, succoring those who stood in need of their succor …

Looking forward to that day, thus retaining a remission of their sins; being filled with great joy because of the resurrection of the dead, according to the will and power and deliverance of Jesus Christ from the bands of death.

Are there great contentions in the Church right now? Are we scornful one towards another? Do we persecute those that do not share our beliefs? Do we despise others?

But, thankfully, while Alma mourns the state of the Church, he also mentions those members that continually humble themselves. It seems like the membership spectrum began to become extremely polarized. The prideful became more prideful and the humble became more humble. The next question is, where do you and I fall on this spectrum today?

And they were lifted up in pride, even to the persecution of many of their brethren. Now this was a great evil, which did cause the more humble part of the people to suffer great persecutions, and to wade through much affliction.

… And it came to pass that the fifty and second year ended in peace also, save it were the exceedingly great pride which had gotten into the hearts of the people; and it was because of their exceedingly great riches and their prosperity in the land; and it did grow upon them from day to day.

I love that Helaman doesn’t sugar-coat things. There was indeed a “great evil” within “the hearts of the people who professed to belong to the church of God.” But notice the distinction he makes between the gospel and the membership of the church. Megs, whose tweet I quoted above, made a similar distinction when she mentioned that “the culture [of the Church] is inherently judgemental.” I wouldn’t call our culture inherently judgmental, but I do agree that it is a problem with our culture and not the gospel we try to live and teach.

That said, for better or worse, the culture of the Church is different in different areas of the world. Perhaps pride isn’t as much of a problem in Japan as it is where I write to you from,  in Utah.

Clarification: The Mormons here in Utah are awful people who are prideful. Back in Seattle, they are the most trustworthy and honest.

Either way, in a thousand years what might historians write about our day? Will the stand-out features of 2018 be how we scorned each other and how we proved to be a great stumbling block for the Church?

The Church is great

There’s not doubt about that. I’m not trying to tear us down as a membership or be overly harsh, but this is an issue we have to address. We have to get it into our heads that pridefulness is a real problem and that we can do something about it.

We all know someone out there who became inactive or left the church because they didn’t feel welcome in their ward. They didn’t fit the “Mormon mold.” Maybe they had a pornography addiction, or experimented with drugs or had an affinity for swearing every 15 seconds. Or maybe the reasons we withheld our love were even more petty. No matter the reason, we’ve got to be better than this.

I don’t want to be part of the reason why the Church “fails in its progress.” And it’s hard to see friends and family cast the gospel of Jesus Christ aside when a change in my behavior might have made all the difference for them. Of course, their decisions are their responsibility and pride goes both ways, but it sure would be an easier decision for them to make if we could improve at being the loving, accepting people that Christ wants us to be.

Oftentimes pride manifests itself in the things we don’t do. Oftentimes humility is the consequence of things we do do. For example, when we see someone visiting the Church for the first time, what would be the humble thing to do? Well, probably to go up, introduce ourselves and maybe even sit with them. Sometimes the most prideful thing we can do is nothing, which I personally am very good at.

So, if we’re trying to be humble, let’s be more aggressive about it. Remember what President Uchtdorf said a few years ago:

Some suppose that humility is about beating ourselves up. Humility does not mean convincing ourselves that we are worthless, meaningless, or of little value. Nor does it mean denying or withholding the talents God has given us. We don’t discover humility by thinking less of ourselves; we discover humility by thinking less about ourselves. It comes as we go about our work with an attitude of serving God and our fellowman.

Because President Ezra Taft Benson said it best in his memorable talk, “Beware of Pride,” I’ll end with a few of his words.

[Pride] is manifest in so many ways, such as faultfinding, gossiping, backbiting, murmuring, living beyond our means, envying, coveting, withholding gratitude and praise that might lift another, and being unforgiving and jealous …

Think of what pride has cost us in the past and what it is now costing us in our own lives, our families, and the Church …

Let us choose to be humble.

We can choose to humble ourselves by conquering enmity toward our brothers and sisters, esteeming them as ourselves, and lifting them as high or higher than we are.

We can choose to humble ourselves by receiving counsel and chastisement.

We can choose to humble ourselves by forgiving those who have offended us.

We can choose to humble ourselves by rendering selfless service.

We can choose to humble ourselves by going on missions and preaching the word that can humble others.

We can choose to humble ourselves by getting to the temple more frequently.

We can choose to humble ourselves by confessing and forsaking our sins and being born of God.

We can choose to humble ourselves by loving God, submitting our will to His, and putting Him first in our lives.

Let us choose to be humble. We can do it. I know we can.