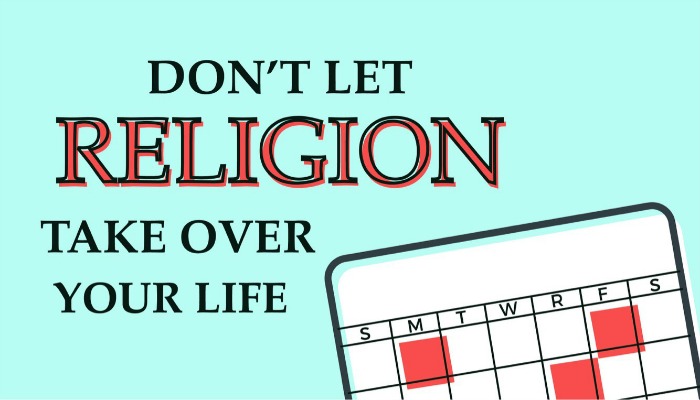 These are words that I have never forgotten, spoken by a coworker after we had spent weeks passing the time discussing religion. I know, religious discussions in the workplace can be risky these days, but my friend asked a lot of questions, so I freely shared my beliefs as a member of The Church of Jesus Christ of Latter-day Saints. Things seemed to be going pretty well and I was gathering courage to ask if he wanted to meet with the missionaries.

Then, one day, his forehead creased with mild concern as he leaned toward me, placed a hand on my shoulder, and said, “Just don’t let religion take over your life, ok?”

He proceeded to explain to me that he also grew up in a very strict Christian household. He attended worship services every week, went to Bible camp, and stayed away from parties in high school. Then, shortly after graduating, he blew it all in one night of heavy partying. Just threw away everything he believed and never looked back. At first he felt incredibly guilty, but that eventually faded, and he now felt able to really live his life. 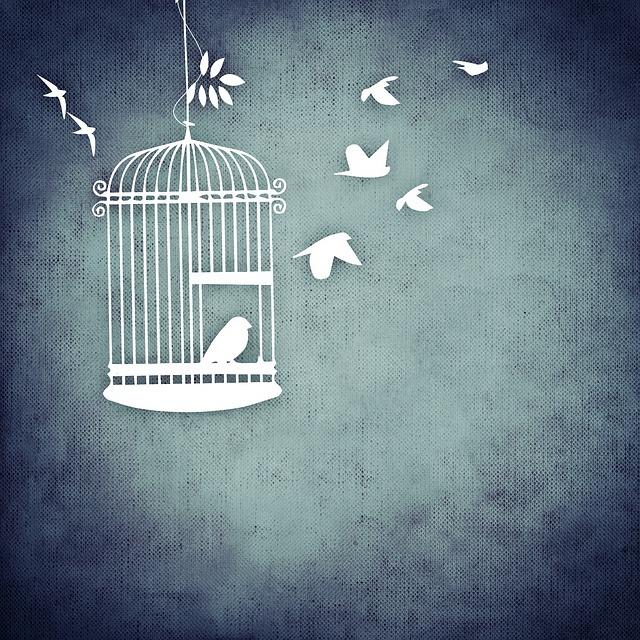 I was confused. I was also young and a little naive. I struggled to understand how people raised in religious environments similar to the one in which I grew up could so readily discard everything they had been taught.

Eventually, the pieces came together and I saw clearly a principle that I had not considered before. I didn’t have the words to express it to my coworker at the time, but I realized his actions made no sense to me because when you truly, deep down, believe in Christ—there is no other “life” for your religion to take over.

This process is called conversion. It is the process by which our hearts are made new, by which the small actions we take daily to follow Christ transform from things that we do into the things that define who we are. Those who undergo this metamorphosis do not distinguish between their “religious” life and their “real” life. Religion isn’t an appendage to an otherwise secular existence. It’s not an accessory, a hobby to be picked up when it suits you. Nor is it a convenient opportunity to socialize, or a duty to be fulfilled out of obligation to more devout family members. 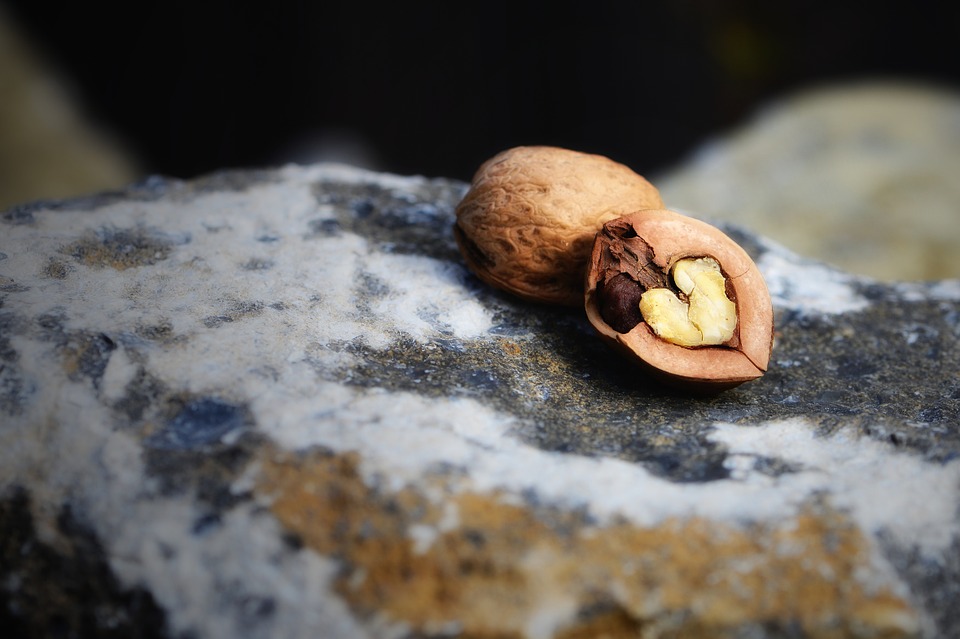 While serving as a missionary to the people of New Jersey, there were two common responses when I knocked at someone’s door: “Go away, I’m Jewish!” and “Go away, I’m Catholic!” However, it was equally common to hear clarifications of, “But I eat pork,” or, “But I don’t go to Mass.” In other words, these people considered their religion a feature of their heritage or culture rather than something that actually determined how they lived.

This is a mentality which I have continued to run into over the years. I’ve especially noticed it when discussing political issues with people who don’t share my views. If my position can be tied in any way to morality or traditionally Christian values, people don’t waste any time asking if I am religious and using my honest answer against me—as if my religion is a blinder preventing me from seeing the world clearly and they are doing me a favor by ripping it off.

The irony of it all is that you can see nothing clearer than when you examine it through the lens of the gospel of Jesus Christ. The Book of Mormon declares that the Holy Ghost will tell us the truth of all things. I think that means that He can help us understand the proper application of economics as well as the proper application of particular gospel doctrines. After all, there isn’t anything that God doesn’t know—nor is there any knowledge that He won’t share with us if we are prepared receive it.

Furthermore, the argument that morality and traditional religious values stifle the pursuit of equality and happiness in progressive societies signals a basic misunderstanding of God’s role in our lives. If you believe in God at all, it’s an argument you can only make if you see Him as a dictator spouting arbitrary rules for personal gratification—not the loving, guiding Father He really is. If followed faithfully, living according to God’s law is the best and surest path to joy in life. 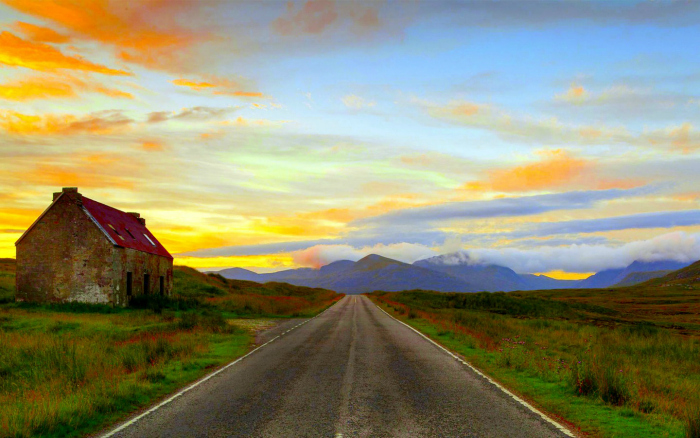 My coworker demonstrated a simple example. He claimed that rejecting religion brought him freedom and happiness, but he also admitted to carrying heavy regrets. He shared stories of reckless decisions made under the influence of alcohol and complained of poor health due to a smoking habit he could not kick—both of which were consequences of not heeding the religious teachings of his youth.

In a world where societies are abandoning such values at breakneck speed, we need religion to take over our lives more than ever. Removing religion from the equation does not increase peace or harmony. In fact, it increases conflict by removing any higher authority to which people could look for a unifying moral code, leaving them to squabble amongst themselves as they tout their own individual, relative truths as the most correct.

Contrasted to this is “the rock of our Redeemer,” a stable and permanent foundation of justice and virtue. How much better it is to have the unchanging law of God by which we may act to choose our destiny rather than being hostage to the unpredictable rules and wrath of the social media mob. How much better it is to know the truth than to be “tossed to and fro, and carried about with every wind of doctrine.” How much better to repent and rise to the gospel standard than to pretend there is no right or wrong and languish in sin and regret.

This is an inconvenient truth for many, but it is true nonetheless. Despite differences in race, nationality, education, economic status, political views—and yes, religion—a society whose members feel a duty to live a life of virtue, honesty, and integrity will enjoy peace, prosperity, and happiness like no other. Don’t believe me? Take a look at this article about the many ways that religious faith benefits society.

Shortly after my coworker warned me against letting religion take over my life, I moved away to begin my university studies and lost contact with him. I did give him a Book of Mormon before I left. I sometimes wonder whether he read it and whether it helped him want to be close to God again. If I could speak to him now, I would tell him that religion taking over my life was the best thing to ever happen to me. The funny thing about letting God determine the course of your life is that, while you may be asked to give up things that you want, enjoy, or even think you need—the life you will receive in return will be far better than anything you could have imagined for yourself.