Faith When Our Strength Isn’t Enough 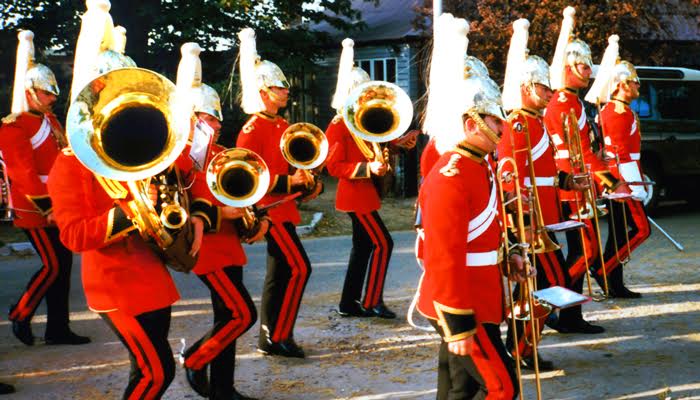 How do you keep going when all you want to do is drop dead?

Where Does Strength Come From?

The human body is a curious thing. It’s made of a thousand moving parts, any one of which can go wrong at any time. Our bodies are divine miracles, capable of doing incredible things, but also liable to fail at any time. What, then, are we to do when our strength doesn’t measure up to the task?

“Being Strengthened through Christ” is more than a metaphor. It means more than spiritual strength. With the power of the Holy Ghost, we can be physically strengthened as well.

Alma 26:12 Yea, I know that I am nothing; as to my strength I am weak; therefore I will not boast of myself, but I will boast of my God; for in his strength I can do all things;

When I was in high school, I was pressured into joining the marching band, a commitment of time, effort, and musical talent that I was completely unprepared for. I failed to learn to play the saxophone before band season started, leaving me as little more than a limp, music-less noodle slowly melting in the hundred-degree heat of a field of brown grass.

The sheet music itself was far too difficult for a high schooler who barely knew how to hold her instrument. I didn’t manage to learn the pieces before the end of the season, which meant that most of the time I was ignoring my saxophone completely while trying desperately not to trip over my own feet and create a ten-kid pileup of smashed instruments and indignant shouting.

Unfortunately, we were all required to have our music memorized and checked off regularly, which meant I was busted for my ineptitude. Fortunately, the person in charge of passing off my music happened to be my older brother, who was allegedly responsible for teaching me how to play in the first place. His understanding of my inabilities— and perhaps guilt at dragging me into the band— led to some, let’s say, lax check-off sessions. (Or “laxophone,” if you will.)

“This, then, is the potential virtue of weakness: if it motivates us to turn to the Lord and seek His help in faith with the determination to do His will, we will be sustained and strengthened by Him who has all power in heaven and earth.” -Elder Marcus B. Nash, 2013

As difficult as it was to “play” the saxophone, a more difficult problem to conceal was my inability to keep up with the rest of the band while marching. As a ninety-pound asthmatic fifteen-year-old girl with a then-undiagnosed heart condition, trying to march with the big kids was at best problematic and at worst catastrophic.

I tired quickly, and spent more time sitting out than I did participating. When I marched, I had to move fast or risk being run over by a tuba player whose instrument was bigger than my whole body. As a reasonably intelligent child capable of rudimentary pattern recognition, learning the steps themselves posed no difficulty.

The problem arose in attempting to force “one more time” (the biggest lie) over and over through my weak body for nine hours in intense heat. To put it mildly, it wasn’t easy. Over the course of the season, I fainted once in the middle of rehearsal, threw up once from the exertion, and suffered from regular nosebleeds due to the heat and effort.

The director and his assistants were perpetually fed up with my failures, but I squeaked through because my brother was the “golden boy” of the band.

Looking back, I now realize that there was no way I could have survived the hellish week of torture so innocuously titled “band camp” on my own. Through those endless hours on the hot field, feeling myself slowly toasted medium rare, I marvel that I was always able to continue even though my legs were trembling like Jell-O in an earthquake.

There is no way my scrawny body by itself would have had the energy to keep marching. If I had been alone on that field, I would have failed miserably and either quit the band or dropped dead, leaving the rest of the band to march across my corpse.

But I wasn’t alone. Every time I thought “I can’t go on for another second,” I found a new reserve of strength that kept me going. This strength certainly wasn’t coming from my spindly legs. It was a bonus package of ATP, delivered straight from the Holy Ghost.

I was able to run and not be weary, and walk and not faint, as promised in D&C 89. Of course, not that I didn’t want to faint (or die at a convenient moment), but it didn’t happen. Certainly, the challenge felt insurmountable.

When my alarm clock dragged me unwillingly to wakefulness before 6:00 A.M., still sore from the previous day’s marching and feeling like I could not possibly get up and do it all again, the tiniest of voices would whisper to me, “You can do it. It’s going to be okay. You can handle this.”

Marching band was the toughest physical challenge of my life. But ultimately, it taught me a valuable lesson about listening to the Holy Ghost.

It also taught me never to listen to my brother.