Life Relationships Discussions to Have Before You get Married 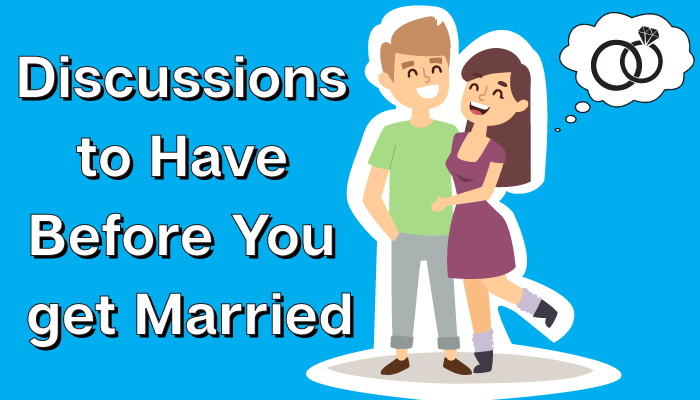 There I was, in the dairy section of Walmart, listening to my Dad give marriage advice. He explained some of the major differences he and my mother had when they were about to get married, and in the years after the wedding. He was especially candid that day, and I learned much more about my parents than I thought I ever would.

I’m not married, and my Dad, benefitting from over thirty years of marriage experience, unloaded his sage wisdom on my receptive mind.  I tried to soak up all the advice I could. I’ve heard a lot of bad marriage stories so this advice seemed priceless.

What struck me more than anything else was the fact that my parents had not had certain discussions before they got married. He explained how it had made his marriage harder. This got me curious and I started wondering if other couples had had similar experiences. 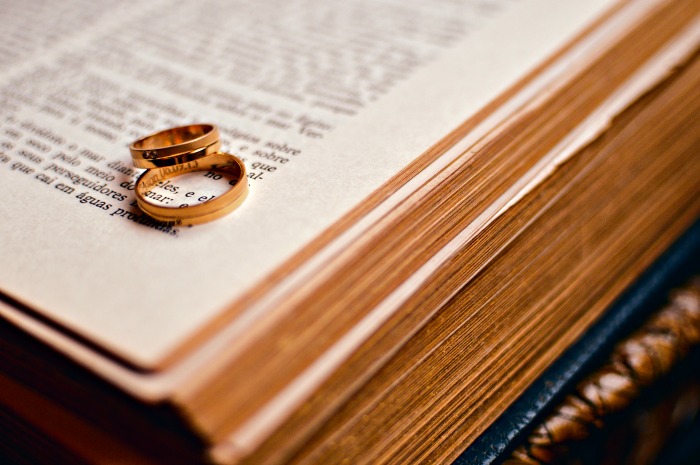 Because of my curiosity, I wanted to know what discussions people should have. So, me being the millennial that I am, I made a survey on Google. I sent it out over the web and asked for people’s honest responses. I asked them what discussions we should have before we get married and I got quite a few responses.

From this survey, I noticed some patterns. A lot of the responders gave the same advice. Their responses might seem like “DUH!” answers, but they also say why they give their specific advice. Their explanations give even more power to their point of view.

Before you Get Married 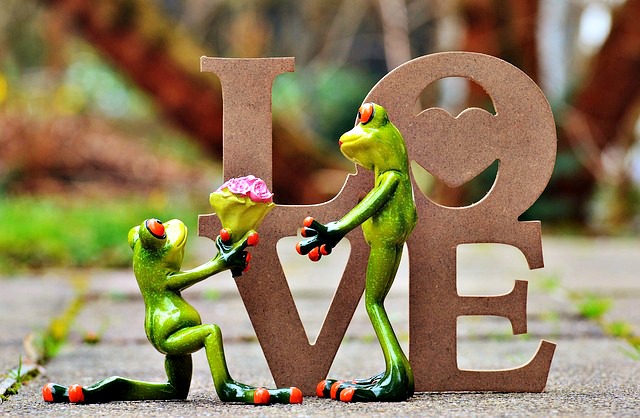 I noticed patterns in the survey responses. It seems that personal expectations and goals are two things that should be addressed before two people get married.

A lot of the responses from my survey explain that people should reconcile their individual expectations before they get married. This includes expectations of intimacy, finances, family traditions, and even household chores. This should also help both of them do a reality check.

It’s important to regulate expectations because “Simple miscommunications can create significant barriers in a marriage and often share a common source: unmet expectations.” Talking about what you expect out of your marriage can help you and your partner come to a consensus about your future together. It may not be easy, but it helps reduce turbulence in the marriage.

Couples should come together and talk about what they expect from one another, and what they expect out of life. This may be somewhat awkward, (especially when it comes to talking about sex), but it needs to happen. A lot of the survey responses told how sex should definitely be discussed before marriage.  They say to do this to “avoid confusion, problems, and also about the sacred nature of such”.

After couples understand what they both expect, they can then talk about their goals. This includes goals within the relationship (money goals, where to settle down, religious goals, etc. ) and it should also include personal goals. With their expectations in mind, they can both form their goals together.

Both partners should know whether the other partner wants to stay home and be a parent full-time, go back to school, have a professional career, or a mixture of all three. This will help the couple stay on the same page. Having these talks before they get married will prepare them “for knowing how to deal with hard things and [help them] to not be surprised by important things that would come in [their] future.” (Anonymous Survey Responder).

President Monson acknowledges the immense impact the support his dear Francis had on him. He says, “there is no one like her – absolutely no one.” They both obviously knew and understood each other’s personal priorities and goals. 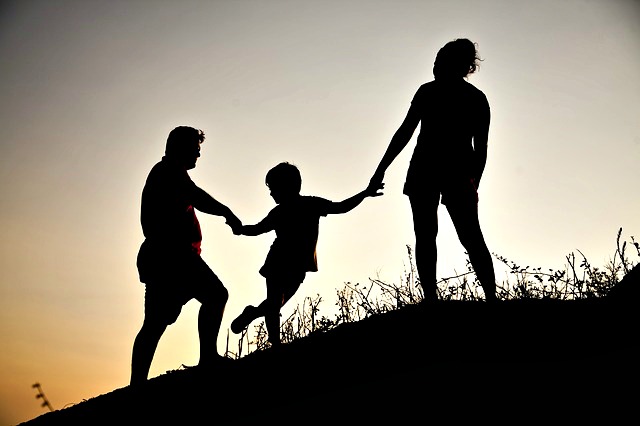 Another topic that needs to be discussed is the topic of kids. First of all, you need to talk about when and how many kids you both want to have. One of my survey respondents said that he, “Went in with certain expectations to have kids right away but she was not about that.”  It can be frustrating to have differing opinions in this area. Talking about it beforehand will prepare both of you to come to a decision.

With these decisions, all of us, married and single, should remember Elder Anderson’s teaching that, “the decision of how many children to have and when to have them is between a husband and wife and the Lord. We should not judge one another on this matter.”

These discussions might be a bit more touchy. These are the “skeletons in the closet” and the things that by their very nature make married life more difficult. My survey responders had quite a bit to say about this. One said:

“Do be open and completely honest about any skeletons in the closet that might come out later. You wouldn’t want to get married then find out months to years later about a severe mental illness they deal/dealt with or an addiction that is still present in their life.”

This is a very serious matter. For us, marriage is an eternal commitment. Therefore, we should be careful not to hide things that affect our spouse. We must be liberal with the sharing of ourselves and expect the same in return. This may mean we disclose a mental illness, health concern, or addiction with which we struggle. This may mean that our partner reveals something to us. 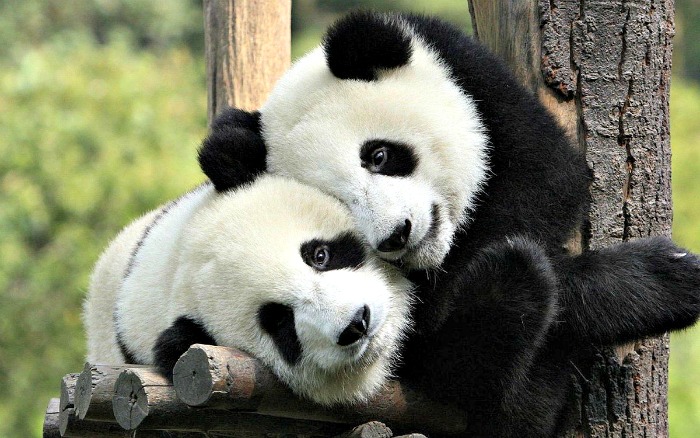 Here, it is important to remember what another of my survey responders said: “Talk about everything and be ready for disappointments that will require unconditional love.” No matter what they share, do not condemn them or discourage them. Just love them as Christ would.

These talks should ideally happen before you get married. They can happen after, but I would imagine them becoming more difficult as time passes. Before marriage, you can terminate the relationship if the skeletons are too great to overcome, or you have time to overcome them together before covenants are made. Having these discussions can preclude many difficult arguments or marital conflicts.

You should also know that not everything need be shared. I wouldn’t presume to tell you to unload every dark deed you’ve ever done on your unsuspecting loved one. Sometimes that might cause more harm than good. I would, however,  encourage you to seek the guidance of the Spirit. It will tell you what, and maybe more importantly when to disclose those uncomfortable things. 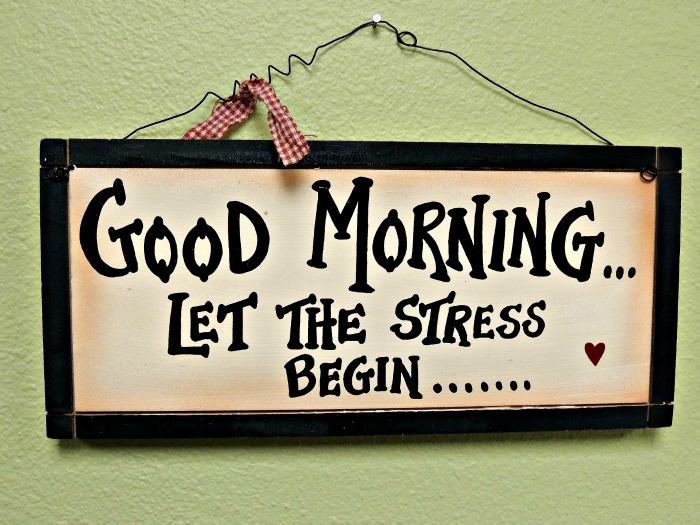 This is kind of the “everything else” topic. It ranges from, “the worst possible scenarios, like paying off a large amount of debt, or facing a death of a loved one, or facing medical problems,” (Anonymous Survey Taker) to love languages to IN-LAWS!

These discussions are just as important to have as the others I’ve mentioned. These include the small stresses that can build up and threaten to tear you two apart. Figure out how you both will deal with stress, fights, or misunderstandings. Find the best ways to get on the same team as fast as possible. Find what works for your relationship.

You should also talk about the things you think will never happen to you, like a family emergency. My dad was in a plane crash when I was just a baby. I guarantee my parents never thought that would happen to them. As a couple, discuss the “what if” scenarios, but don’t let them cloud out your positivity and optimism. Figure out your plans A-Z and then move on.

In-laws, in particular, can have a tremendous effect on marriage. I’ve watched how in-laws have affected my parents, my family, and my friends in their marriages. If it is not addressed, it will most likely become a topic of concern for one party or the other.

An article in Psychology Today got it right. It described how men and women might feel conflicting loyalties when pitted between parents, and spouse. They say that we need to support and defend our spouse even against our own family. In the Church, we believe we need to “leave father and mother,” (Matt 19:5) and stick with our covenant partner. 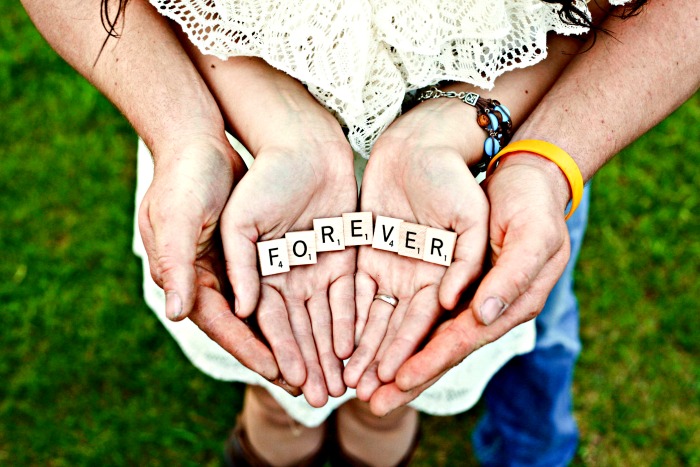 The most common pattern I found in the results of the survey was a small explanation many of the respondents gave for why we should have these discussions. They mostly all said that it set a precedent for openness. They told that being open with each other has helped them overcome many challenges. I can easily see how the ability to communicate openly would build a strong marriage.

“This is going to be your new best friend forever.”

As the quote to the left helps us remember, this marriage thing is supposed to last forever. Added on top of that, it’s supposed to be enjoyable.  Openness is the key. It helps build that friendship that is so important.

One of the best things about marriage is the fact that it can be made to withstand the worst obstacles. If you don’t have a great marriage relationship, you can build one. If you aren’t open with your spouse, you can start today. All of my survey responders answered with optimistic tones. It made me believe that regardless of the discussions that did or didn’t take place before marriage, it’ll all be ok for them.

Whether you’re a newlywed or you’ve been married for a thousand years, all of us can resolve to have better communication in our marriages. It all starts with opening up and talking. Certainly, we’d all enjoy the increased connection that comes from better communication.

I’d love to hear what you think about the things we should talk about before we get married. Please leave a comment below or feel free to take the survey. If there are enough responses I’ll come and update this post.