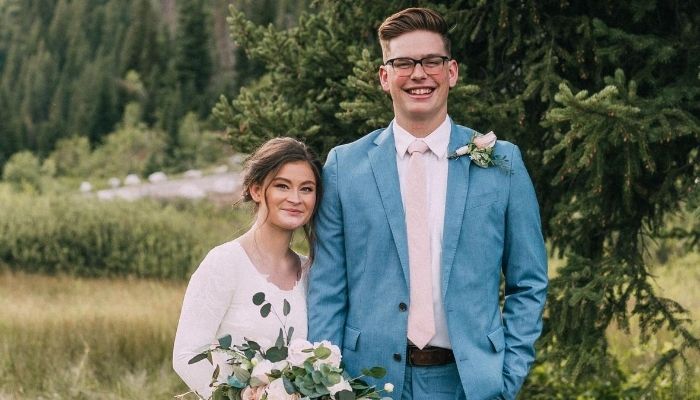 My husband and I were civilly married in April. When we got engaged we did not expect that our wedding would turn out the way that it did. We fully expected to be able to make temple covenants with each other and with God. But then COVID-19 happened.

Getting Our Priorities Straight 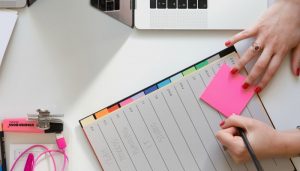 I’m sure there are many who can relate to this. I spent a lot of time trying to prioritize the important things, and then one by one, those priorities were not options any longer.

After 2 months of reassessing our wedding plans, we decided that the most important thing was that we got married in the temple. We called the temple and set a date. It was canceled a week later when the Church announced that all the temples were closed until further notice.

Cue the tears. I had no idea what to do. We prayed together and decided that the Lord wanted us to get married sooner rather than later. We were (and still are) in a global pandemic and having each other to lean on during such an emotional time was imperative for us.

Related Link: Grieving for What Was Lost Because of COVID-19 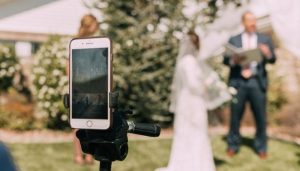 We decided to get married in April instead of our original date in May. We were civilly married in a small ceremony with only 10 people physically present (that was the allowed number of people for an outdoor gathering at the time). My family was able to attend over Zoom. It was a short ceremony and in our vows to each other, we both expressed how anxious we were to be sealed in the temple.

While this day was a happy one, there was also a feeling of slight disappointment. We both held current temple recommends and were both worthy to make temple covenants with each other and with God. But that was not an option for us through no fault of our own.

During our first five months of marriage, we were still unable to be sealed in the temple due to COVID restrictions. During these five months, we spent time getting to know each other more, becoming closer, and learning how to adjust to living with the other person.

After being married for five months, we decided to reevaluate our sealing situation. Originally we wanted to be sealed in Portland, Oregon. This was still not an option for us because we do not live in the state of Oregon. We opted for a temple in Utah (where we currently live) because of these restrictions.

We decided on the Manti Utah temple. It holds a rich history in the Church and in my husband’s family. One of his ancestors was the head stonemason during the construction of this temple. His great grandparents, grandparents, and parents were all married there. He is the youngest of seven children and none of his siblings chose to be married there.

I believe that the reason we needed to be civilly married first amidst all of these restrictions is that the Lord wanted us to be sealed in this temple and we would not have picked it otherwise.

We were sealed in August and I’m sure there are many other reasons things happened this way. All I know is that in hindsight, everything happened the way it was supposed to.

Related Link: Here’s Exactly What It’s Like to Be Sealed During COVID-19 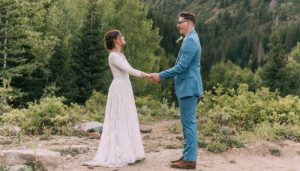 First of all, the spirit was SO STRONG. I have been to many sealings and this one had a special spirit. At first, I thought that I was biased because it was my own sealing, but many of those in attendance came up to us afterward to say the same thing.

I think that the special spirit came from the quietness of the temple that day. We were the only ones there that day. They opened it for us and closed it when we left.

We later found out that we were sealed in the same room as my husband’s parents. This was especially tender since my husband’s mother passed away a few years ago. Although I was never able to meet her, I am certain that she was in that room.

Our sealer reminded us of the importance of all of the covenants that we had made previous to our sealing. He mentioned that all of these covenants build upon each other.

Finally, he said that he knew that we had both been waiting for this moment for a long time. He was absolutely right about that.

Because the state of Utah allows people to gather in groups of 50, we were able to have our families come to town. We were also allowed to 16 guests at our sealing ceremony.

Is There a Difference? 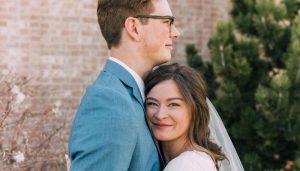 The next day my sister in law asked me if I felt that there was a difference between being civilly married and being sealed. To that my answer was a resounding YES.

Over the last few months, I have pondered at length on the importance of temple covenants. Because I was unable to make them, I am more grateful for them now that I would have otherwise been.

The gratitude that I feel for these temple covenants is more than I could have ever expected to feel. The security that I feel within my relationship with God and my husband has been strengthened.

For those who are still waiting for the chance to be sealed in the temple, know that the wait is absolutely worth it. The Lord sees you and he hears you. You will be blessed for your faithfulness and perseverance through this difficult time.

Do you know someone who was civilly married during COVID-19? Share in the comments.