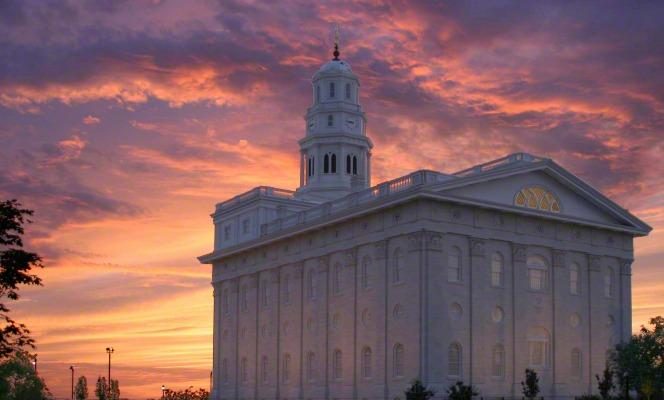 I’m a member of The Church of Jesus Christ of Latter-day Saints.  I love to travel!  I also love Mormon temples!

In May, 1992, I went to the temple for the first time in Dallas, Texas. In June, my mother and I drove from Texas to Boise, Idaho to attend my cousin’s wedding in the Boise Idaho Temple. The Dallas and Boise temples were architecturally similar, but both had a uniquely beautiful decorative style. I loved it. And, I was hooked. I decided on that trip that one of my life’s goals was to visit every Mormon temple in the world.

At this point, I’ve been to 83 temples. Following are 10 temples that have profoundly impacted me. 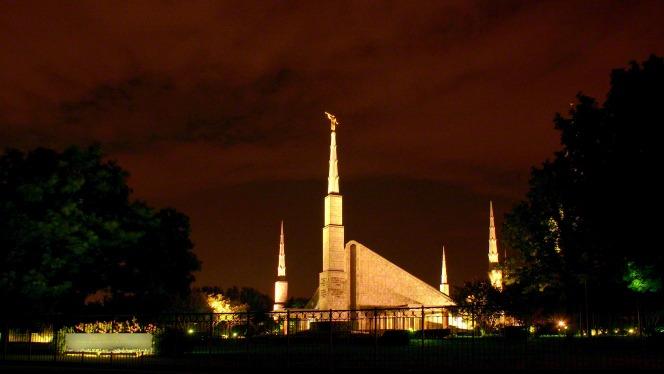 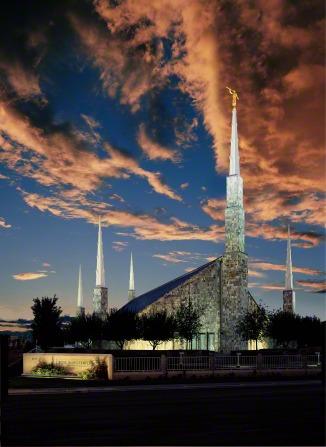 I mentioned my cousin’s wedding, but the Boise Temple is important to me because as a young girl we lived in Boise for two years and I donated $20 whole dollars to its construction.  At that time, church members were responsible for part of a temple’s construction costs. I remember saving all of my money and excitedly donating it to the building fund. I felt like I was a part of the temple.  My cousin’s wedding was the first time I had been in the Boise Temple and 10 years later, I still felt that girlish pride for participating in building such a beautiful house of the Lord! 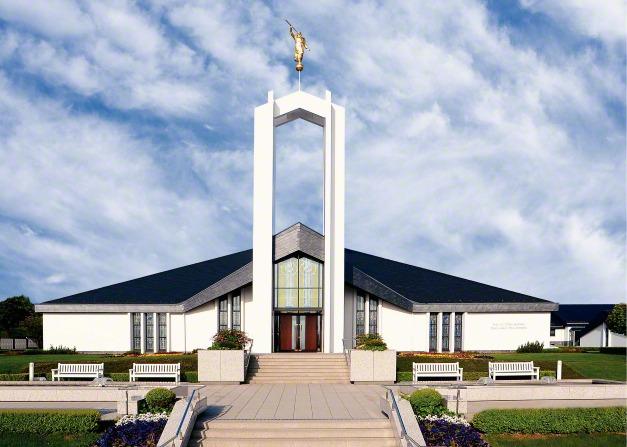 In 1996, I lived in Germany after graduating from Brigham Young University. I took a train to worship in the Frankfurt temple once a month. But, one weekend, a friend and I took the train across the county to the Freiburg Temple.  I hadn’t really been in East Germany. The Berlin Wall toppled seven years earlier, but communism was still evident in the architecture and city streets. As we arrived at the temple, I felt FREEDOM.  While The Church of Jesus Christ of Latter-day Saints teaches Mormons to be good citizens in whatever land we live, I felt how the Gospel is such a liberating force for good. Heavenly Father endowed men with agency, free will, the right to choose. From that moment at the Freiberg Temple, the temple really became a symbol of my choice, accountability, and opportunity. 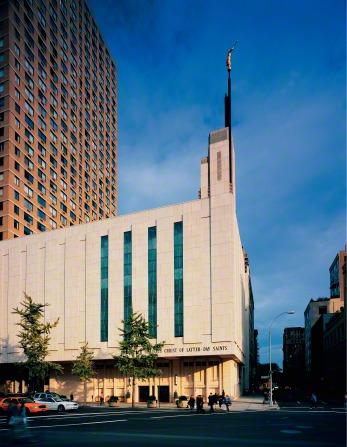 I never really felt connected to the Big Apple until September 11, 2001. In 2008, I stood at the construction site of the new World Trade Centers and later that day visited the Manhattan New York Temple.  The temple is on a really busy and loud intersection and I wondered how audible the noise would be inside. But, as I sat inside this holy place, I couldn’t hear anything!  A local lady told me that the Church added at least 6 feet of concrete to block out the noise.  Jesus promised, “Come unto me, all ye that labour and are heavy laden, and I will give you rest” (Matthew 11:28). I thought of all the NOISE in my life. If I felt such relief in the physical rest from urban noise, what a difference giving my spiritual and noisy burdens to the Savior would make in my life! Because of Him, that peace is possible to find in this life! 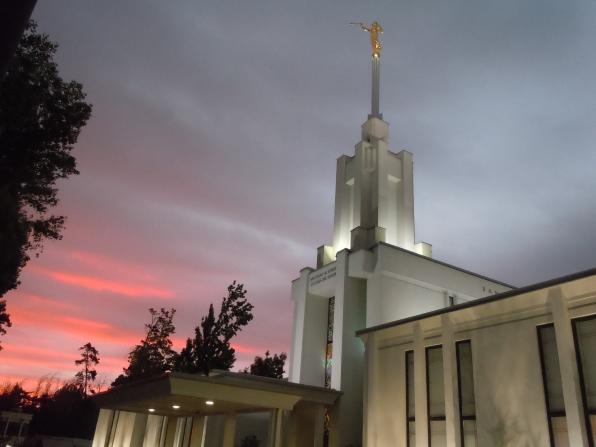 I promised my youngest sister that I would go anywhere in the world when she decided she was ready to go to the temple for the first time. She decided to serve a mission for the Church and was scheduled to leave for Argentina in November, 2010. Our parents were serving a mission for the Church in Santiago Chile at that time.  My sister decided to fly to Chile so our parents could be with her when she went through the temple, too.  So, I had a wonderful opportunity to visit the Santiago Chile Temple!  The temple has fantastic inlaid lapis lazuli in the stone throughout the temple. Lapis lazuli is available in Chile and Afghanistan. It is a gorgeous blue stone and each inch of the inlay was unique and beautiful. As I watched my sister make sacred covenants, I thought about how unique and beautiful she is—as is every other person on this earth! As we join together to build the Kingdom of God, we link our unique qualities and abilities with the talents and gifts of others, and make a stunning, precious pattern. Together, the pattern becomes complete and sacred gift to God. 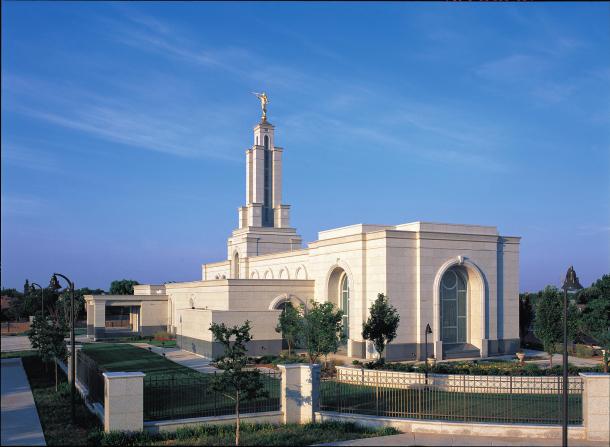 Lubbock, Texas became my first real “put down roots” location. I had moved 51 times before marrying my husband and settling down, for a while, in Lubbock, Texas. I thought we would be there forever, and I was happy about that!  Lubbock sits on the south plains with magnificent sunsets and thunderstorms. West Texas can feel pretty brown sometimes, so Church President Gordon B. Hinckley told the temple designers to “give those people something beautiful to look at.” And they did.  The colors, murals, wood, stained glass windows, and gold in the Lubbock Temple are incredibly stunning. The temple became my Garden of Eden in the desert. I had only been able to attend the Dallas Texas Temple once a month. This temple was only 10 minutes from my house!!! Thursday morning became my hallowed worship time. I relished the opportunity to spend more time focused on the Savior. I came to know Him better than ever before. I felt His love and peace and during difficult times, I ran to the temple. 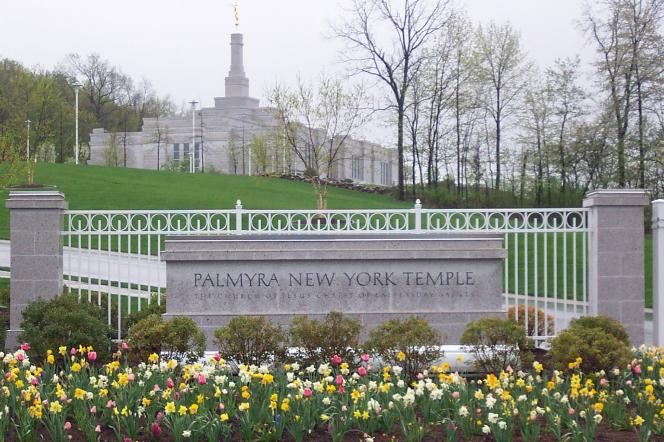 I only attended this temple for the first time in September, 2013!  My mother and I took a road trip to “catch” the last 5 temples I needed to finish off all the temples in the continental United States. Palmyra is significant to Latter-day Saints because it is the place where Joseph Smith saw God the Father and Jesus Christ in answer to his prayer about which church to join.  A window in the Palmyra Temple looks out onto that sacred grove where Joseph went to pray.  For me, this whole area is sacred space. I believe that Joseph did see God the Father and His Son, Jesus Christ. That I could worship God in this sacred place profoundly impacted my soul. 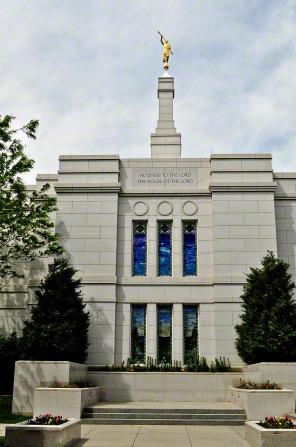 The Winter Quarters Temple is on another significant spot for Latter-day Saints. I had never visited this area before my trip to this temple. As the Mormons left Nauvoo, Illinois seeking refuge in the west, they set up a makeshift city to prepare to cross the plains. This temple sits next to a pioneer cemetery—which contains the remains of some of my ancestors who sought to worship God according to the dictates of their conscience. They gave their lives—the ultimate sacrifice demonstrating their commitment to God. They kept His commandments to the end of their lives. And, now they lay in peace next to a temple of God! 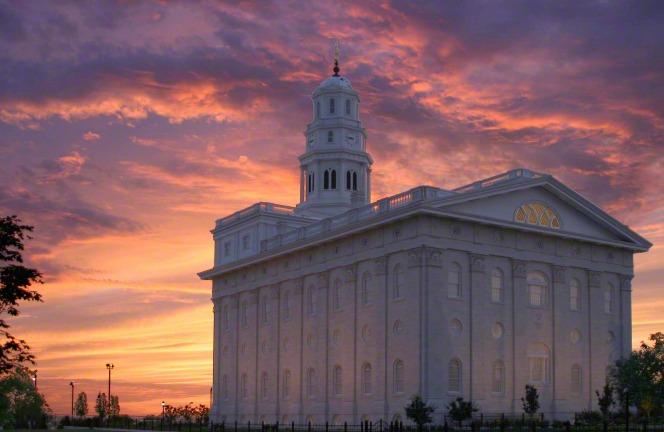 The current Nauvoo Illinois Temple is a true reproduction of the original temple—built on the same spot overlooking the Mississippi River in the 1840s. It was destroyed by arson in 1848 and then leveled by tornado-force winds in 1850 after the Latter-day Saints were driven out of Nauvoo. Again, I am tied to this temple by ancestors who came before me. My people helped to build this temple and worked tirelessly for its completion, and to make temple covenants before heading west. This temple is breathtaking inside and out. It is a symbol of fortitude and faith. It was rebuilt, just as our broken, decimated lives can be rebuilt through the Grace of Jesus Christ. I absolutely love this temple. 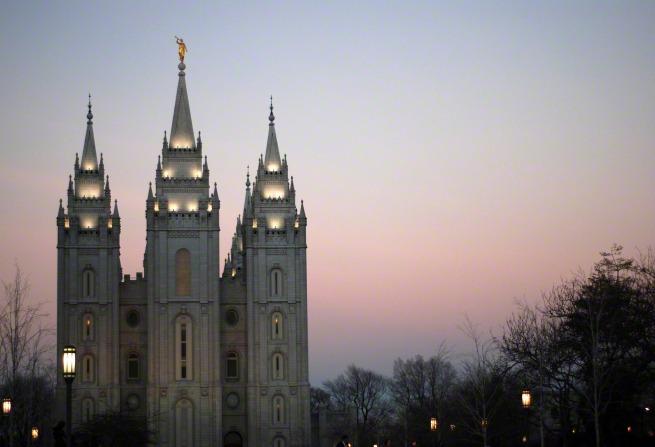 The Salt Lake Temple is really the quintessential Mormon temple. The first time I attended the Salt Lake Temple was with that same angel grandmother who helped me start my temple path in Dallas. The temple took 40 years to build…by hand…which is so amazing to me!  Brigham Young said he wanted the Latter-day Saints to build a temple that would stand through the millennium. For me, the Salt Lake Temple symbolizes the Kingdom of God on earth today—a recognizable structure to which people from around the world gather. It, along with the other temples, is a symbol of God’s doctrines that the family is an eternal unit, that the priesthood–the power and authority to act in the name of God—is on the earth today, and that the Gospel is for the whole world and for me individually.

As I travel throughout the world, I love to meet people. I used to think we were all different, but now I know we’re really not. We want happiness for ourselves and those we love. We seek to provide and live a good life. We want to know the purpose of that life. The Gospel of Jesus Christ gives us that purpose, and in the temples of God, we make promises to help us reach our greatest potential!

To see all of the temples of The Church of Jesus Christ of Latter-day Saints, go to churchofjesuschrist.org/temples.

Do you have a favorite Mormon Temple? Share in the comments below. 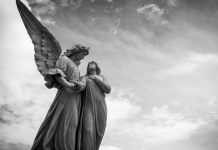 The Forgotten, and Probably Most Important Blessing of Family History 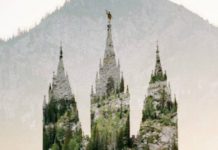 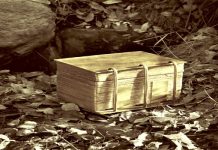 Renaming the Book of Mormon