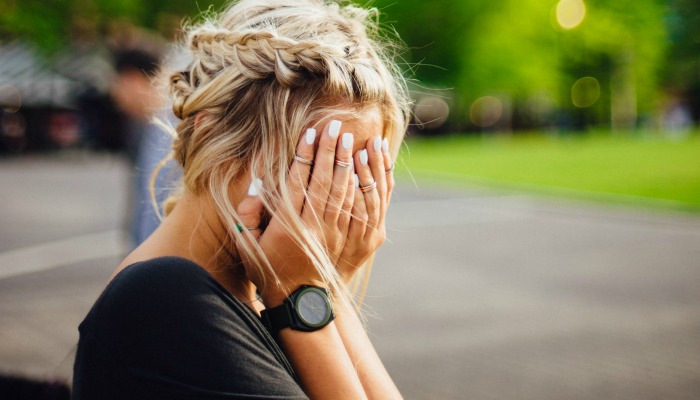 I eat pizza and french fries often enough that I’m never all that surprised when someone asks, “When are you having kids?” Like, sorry, guys. It’s just a food baby. Again.

In all seriousness, though, I have been asked a few times too many when my husband and I are having kids — and even though there’s no ill intent behind the question, it does bother me. First of all, it’s no one’s business besides mine and my husband’s, and secondly, what if I couldn’t?

Several years ago — long before I was even thinking about having children — Elder Neil L. Andersen said:

When to have a child and how many children to have are private decisions to be made between a husband and wife and the Lord. These are sacred decisions—decisions that should be made with sincere prayer and acted on with great faith.

Let me say it louder for the people in the back: this decision is PRIVATE. He didn’t say, “The decision to have children is a matter between you and your spouse, God, and that random lady you met in the ward three weeks ago.” It’s an incredibly private decision and should be treated with respect. I would never dream of asking someone, “So how much money do you make, anyway?” but for some reason, we sometimes treat the “When are you having kids?” question — which is equally private — like a free-for-all.

“The decision as to how many children to have and when to have them is extremely intimate and private and should be left between the couple and the Lord. Church members should not judge one another in this matter” (emphasis added). 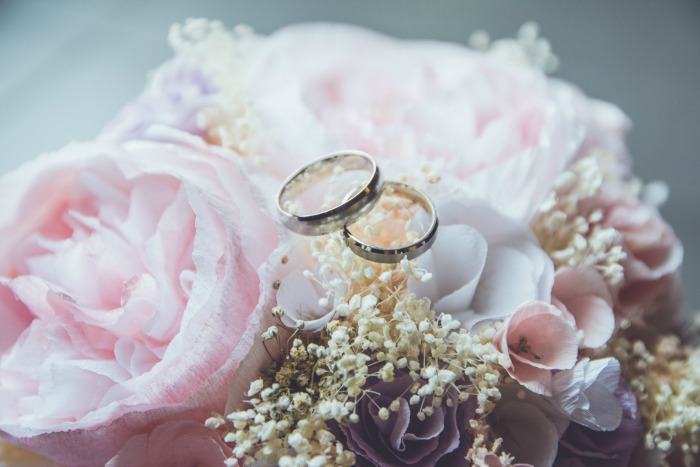 Before I go any further, let me give you a little bit of back story about why this topic is so important to me. My husband and I have been married for three and a half years. During this entire time, we’ve been praying that we would know when to start our family. And guess what? We’ve never felt like it was the right time. We have never once had any kind of spiritual prompting that we are supposed to start having children — or any desire to.

During our entire marriage, I’ve had a lot of health problems. Sometimes I feel like I can hardly take care of myself, let alone a child (although I firmly believe that Heavenly Father would enable me to take care of children if that was His plan for me right now). Even in spite of those health problems — which have brought me to my knees thousands of times — and how much they affect my physical and emotional health, I felt like a failure for not wanting children yet.

As all of my friends began having children, I expressed my concern to my mother about my lack of desire. I was worried I was failing Heavenly Father and not doing what He wanted me to do; that I was selfish and thoughtless. Thankfully, my kind mother’s response eased my fears: “If you don’t want to have them yet, it’s just not time for you to have them.”

Her response made me realize that Heavenly Father’s timing isn’t our timing. I mistakenly thought that good Latter-day Saints got married and had children a year or two after. But the gospel isn’t so cookie-cutter — different paths are right for different people. I certainly didn’t expect that I’d be nearly four years into my marriage and still not feel any push from Heavenly Father to begin having kids. But Heavenly Father knows me and my husband perfectly — He knows when will be the right time for us. He also knows each unborn child and when they need to be born. He’ll help potential parents to know — as long as we’re striving to do His will — when it’s the right time for us to expand our families. 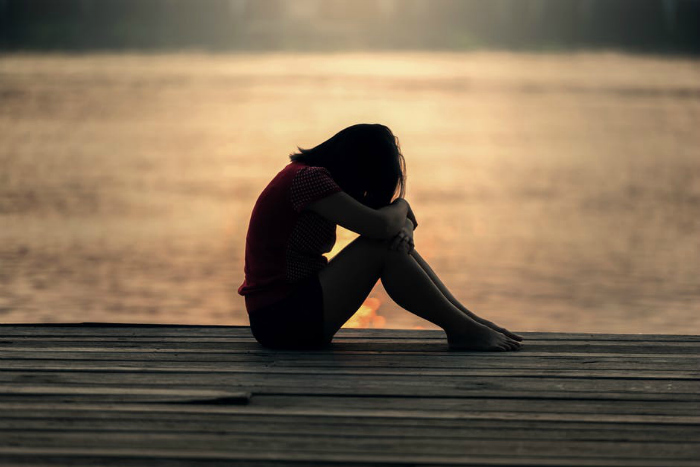 That being said, one of the greatest struggles for me is knowing that because we don’t have children, people assume I’m struggling to get pregnant. (That probably sounds paranoid, but trust me, I’ve had a few different people imply as much.) Maybe I will struggle to get pregnant; I don’t know — because we haven’t even tried. In my experience, people seem to default to the idea that “Oh, they don’t have kids — they must have fertility problems,” but in reality, maybe their lack of children is intentional.

On the flip side, I’ve heard from people that have the opposite problem — people assume that because a couple doesn’t have children, they just aren’t trying, when in reality, that’s the furthest thing from the truth. Being asked, “So when are you going to have kids?” over and over is a knife to the heart for these who are longing to be parents.

Freelance writer Kim Christensen wrote an article a few years back called “The Problem With ‘How Many Kids Do You Want?’” In it, she talked with several women who struggle with infertility and their experience being asked this question. Their responses were often heartbreaking. One woman explained:

“My heart usually twinges, then I respond with, ‘Well, if I had a choice, I’d have a whole litter of 10. We’d be counting our lucky stars if we could get just one here.’”

Another woman shared that people have made assumptions about her ability to have children:

“Somehow, being an adoptive mom makes people think it’s OK to make assumptions about why we adopt. They think they know things about my fertility, but they simply don’t. They often assume our choice to adopt is a second-tier option, when in fact it is what I chose instead of pursuing fertility treatments. It was the perfect choice for me. And because I’m also an angel mom, with one baby in heaven, even the question, ‘How many children do you have?’ is super emotional and touchy for me. It feels like a betrayal to say four, but confusing to say five. I’ve learned to say ‘Four plus an angel,’ which always brings a little awkwardness to the conversation, but feels honest and loyal.”

The underlying message is this: don’t make assumptions about people’s lack of children. Just because they’ve been married for a certain amount of time time doesn’t mean anything — they may be trying unsuccessfully to have children or they may not be trying at all. Be sensitive and recognize that their decision to have children or not is a conversation only rightly to be had between them and the Lord.

We ALL Have Worth — With or Without Children 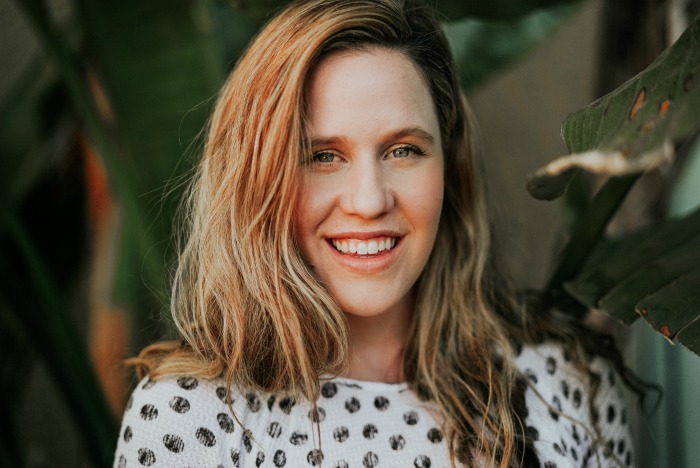 Former Young Women president Ardeth G. Kapp, an incredible woman, and her husband weren’t able to have children. It was deeply painful for her for a time, and she wrote about the experience:

I will forever remember the day a child new to our neighborhood knocked on our door and asked if our children could come out to play. I explained to him, as to others young and old, for the thousandth time, that we didn’t have any children. This little boy squinted his innocent face in a quizzical look and asked the question that I had not dared put into words, ‘If you are not a mother, then what are you?’“

In my own darkest moments, I’ve wondered if I was a waste of a person because I don’t have children (and truthfully have, at times, felt that I don’t want any). But while children are a beautiful and wonderful blessing, they likewise don’t define your worth as a person. Sister Kapp explained:

“My husband and I do not have any children at the present time. Our blessings in this matter have been delayed. But make no mistake, we are even now a family. Our family unit was established by the authority of God at the same time that we knelt at the altar in the temple. Children come as an extension and an expansion of the family. When a man and a woman are married, they immediately become a family and remain a family even in the temporary absence of children.”

If you haven’t had children yet or are struggling to conceive, please know that you are a beloved child of God that has worth and is important. You are not defined by your parental status (or even your marital status). Heavenly Father loves us as individuals! In one of my favorite talks of all time, President Thomas S. Monson reminded us:

“My dear sisters, your Heavenly Father loves you—each of you. That love never changes. It is not influenced by your appearance, by your possessions, or by the amount of money you have in your bank account. It is not changed by your talents and abilities. It is simply there. It is there for you when you are sad or happy, discouraged or hopeful. God’s love is there for you whether or not you feel you deserve love. It is simply always there.”

God loves us whether we have expanded our families or not. So please, don’t ask me when I’m having kids, because really, it doesn’t matter to anyone but me, my husband, and God. And honestly, all that really matters in this life is that we seek to do His will.

Everything else is just details.