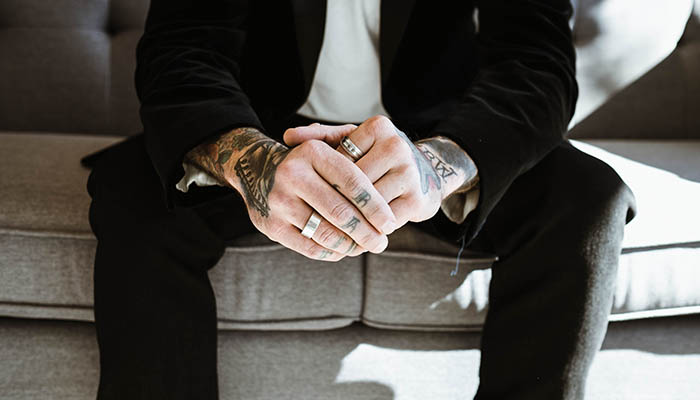 When I served my mission back in the early days of the Restoration, we would talk quite a bit about finding that “Golden Contact.”  These days I more often hear the phrase “dry Mormon,” but it means the same:  That person you bump into who wears white shirts and ties, never drank or smoke, gives generous offerings at his current church, and has six kids who are just an apricot tree away from popping popcorn in the front row of primary.

In other words, I was willing and ready to call the righteous to repentance.  I didn’t want to be saddled with the investigator who is struggling to beat a nicotine addiction, won’t marry her live-in boyfriend, or bowls on Sundays.  No need to clutter up Sacrament meeting with people that are just going to spend hours in the bishop’s office.

As I’ve gotten (much) older, I’ve realized that there are a lot of things that we need more of, not less of, in Sacrament meeting, and that the idea of packing the chapel with 200 people waiting with angelic patience to get translated probably is misguided and unrealistic.  Perhaps the Savior would handpick a far different crowd than we would, and I expect He wouldn’t so much as blink at the things that give some of us apoplexy.

Tattoos for instance.  We need way more tattoos.  I know that for most of us the first thing we think of when we see someone with sleeves of ink isn’t “what a fine Elders Quorum President he would make,” but why not?  I’m pretty sure that had there been a ink artist in Zarahemla, Alma the Younger would have been tatted up pretty impressively, and he didn’t turn out so bad.  The gospel is transformative:  Our focus is less on what happened yesterday and more on what we can become today.  And tattoos don’t equate with evil anyway.  It’s more culture than commandment.

A friend with a visible tattoo asked our bishop at the time if she should have her quite-visible tattoo removed.  He asked why.  She explained that some of the Relief Society sisters seemed bothered by it.  His wise counsel was “Let them be bothered.  That doesn’t say anything about who you are now.”  I couldn’t agree more.  Let’s not look down our noses at tattoos just because the lingering signs of our own lapses in judgment are less visible.

And we need more people of color.  No, that’s too generic.  Many U.S. congregations have oodles of Hispanic and Asian people, and you can’t throw a rock in this church without hitting a Tongan.  (And when you do, he’ll smile at you like he didn’t feel a thing.  Love those people.)  No, what we need more of in U.S. congregations is black people.  This isn’t a diversity thing.  It’s a failure-to-spread-the-gospel thing.

Missionary work among African Americans can be challenging (I served part of my mission on the South Side of Chicago), and some of that is due to our history with respect to priesthood restrictions.  But it  is also a symptom of our failure to communicate well the glorious message of the gospel and make sure that everyone who walks through our doors is welcome.  In some places we are doing better with this than in others, but there is a lot of work remaining to ensure that we are doing our best to share our message effectively with everyone.

And bring on the gays.  We need more LGBT in our LDS.  It’s a difficult sell for the Church because of our position on gay marriage, and much of the LGBT community resents what they believe to be mixed messages at best.  But that isn’t everyone, and my experience is that there are more than a few LGBT folks that feel a great affinity for the Church and would like to participate in a more meaningful way.  Yet I still hear members make comments like, “Why would a gay person want to be a Mormon?”  I don’t know, but probably for the same reason that a self-righteous snoot wants to be a Mormon.  We don’t get to decide who “belongs” in God’s kingdom.  God does.  And we have been told clearly that mere sexual orientation does not exclude anyone from any of the blessings of the Church.

Our own attitudes, however, can create a huge stumbling block for LGBT members and visitors, and that simply is inexcusable.  LGBT people have the right to be treated like essential and needed members of the body of Christ instead of like cancers on that body. We would do well to get over our prejudices and be willing to invite, fellowship, love, and serve at the side of LGBT members and investigators.

There are many other things I would welcome more of in our Sacrament meetings.  The smell of tobacco.  Track marks.  Breath that carries a hint or more of alcohol.  And mustaches.  Because mustaches.

Most of all, what I think we can use more of is compassion, tolerance, and Christ-like love. His ministry was all about people on the fringes.  The physically and mentally ill.  The outcast.  The adulteress.  The possessed.  We would do well following that example by embracing whomever might be lifted, comforted, and enriched through exposure to the gospel.

In other words, everyone.

Do Young Adults Fear Long-Term Commitment to a Church?