Life An Open Letter to My LGBT Friends 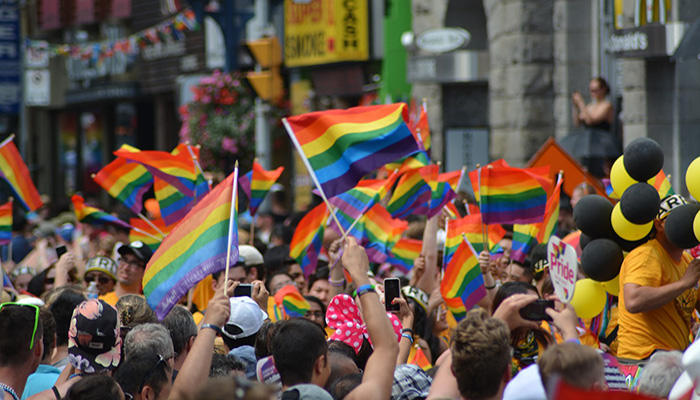 You might have heard the phrase, “Where you stand depends on where you sit.” Our experiences drive and define our perspective. If you are lucky enough to linger long enough, and you aren’t a complete knucklehead, the things you see and people you meet will bump up against your prejudices hard enough to make you re-examine what you think.

In that spirit, I owe some folks an apology. You folks. The ones who I have helped to marginalize. The ones from whom, for too long, I withheld my friendship and fellowship.

I did not grow up in an environment of tolerance. Much of that was a matter of geography. I spent most of my childhood around people that more or less looked and thought like me. It wasn’t until my mission that I had any meaningful relationships with racial minorities, and once I did I was faced with the option of sticking with stereotypes or jettisoning my prejudices out of a recognition that I was wrong.

I chose the latter. After my mission, I married a Mexican American. I named one of my daughters after a dear friend who happens to be black. I enriched my life by expanding the circle of people I would let into it. It was a good call. It made for a better life.

I did not have any direct experiences with gays or lesbians until high school, where I knew a couple of girls who were lesbian (one of whom came out of the closet within a month after a date with me. Never did know how to take that). I was not kind to them. I’ll leave it at that. There were a couple of guys in my high school who were rumored to be gay. I was pretty ugly to them, too.

I remained more or less isolated from the LGBT community until I went to Stanford, at which point I immediately and uncomfortably found myself surrounded by people I knew very little about. If there is such a thing as “gaydar,” mine threw a breaker and started smoking. Despite what I had learned on my mission about racism, I handled this interaction very differently. With a few exceptions, I withdrew my association from people I did not understand.

There were reasons, and most of them religious. Race and orientation were very different in my mind, even at my least tolerant moments. I’d never viewed a person’s race as being “wrong,” and I wasn’t driven by any sense that Asians, Blacks, Hispanics, whatever were bad or inferior. They were just different, and I had my problems with different.

With the LGBT folks, however, my opinions were informed in large part by my religious understanding that homosexuality was wrong. To some extent that was because I did not understand our own doctrine, meaning that I conflated same-sex attraction with same-sex conduct, so my definition of “wrong” was broader than what the Church, as it would clarify in later years, actually taught. But more than that, my views were based on my lack of interaction with the people who I dismissed as evil.

Then life decided to throw me a curve ball. At first it was work. At one of the first law firms I worked with, we had an opening for a secretary. The most qualified applicant, by far, was unashamedly, flamboyantly gay. And he would be sitting right outside my office door. One of the partners of the firm, with whom I would be sharing the administrative assistant, knew my religious background and was concerned about how I would handle it. She asked me directly: “Is this going to be a problem? If it is, we don’t hire him.” Something told me that if it was going to be an issue, it was going to be MY issue, and that just wasn’t right. I approved the hire. And working with that dude was a blast. He was as much of a practical jokester as I was, and the amount of trouble we got into together was legendary. It was a good working relationship. And the issue of him being gay came up . . . oh, yeah: never.

I spent some real time trying to sort out my feelings. Then I took an inventory of the people I love. The list included temple-worthy (as far as I knew) Mormons; people of other Christian denominations that are traditionally hostile to Mormons; Muslims; people who watch reality TV; adulterers; fornicators; people with criminal records; people who needed to have criminal records; liars; cheaters; backbiters, and **gasp!** gay people.

Oh, and me. With all of my issues.

I realized that if I could only love people who lived by a certain standard, I would be left with no friends, no family, and I would have to stop going places with myself. More importantly, I couldn’t pretend to be a Christian. Because Christ didn’t, and doesn’t, operate that way.

So I made a conscious decision. I could live with the predicament of trying to hate people I love, or I could just go ahead and love them. I chose love.

And that’s why I owe so many of you an apology: I waited too long.

You mourned with me when I mourned. You comforted me when I needed comfort. You acted the part of a Christian better than I did.

Some of the most enriching and important relationships today are with LGBT folks. My heart is knit with yours. We may not agree on everything, but we don’t have to. Your relationship with God isn’t my problem. Your relationship with me absolutely is. And if someone crosses you, or hurts you, or makes you feel “less than” anyone else, they will have me to deal with. You are in the “big tent” of my family. You are not “them.” You are “us.”

I don’t love you for what I want you to be.

I love you for what you are.

So I’m sorry. Please forgive me. I’ll try to make it right. 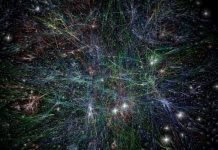