“An High Priest of Good Things to Come” 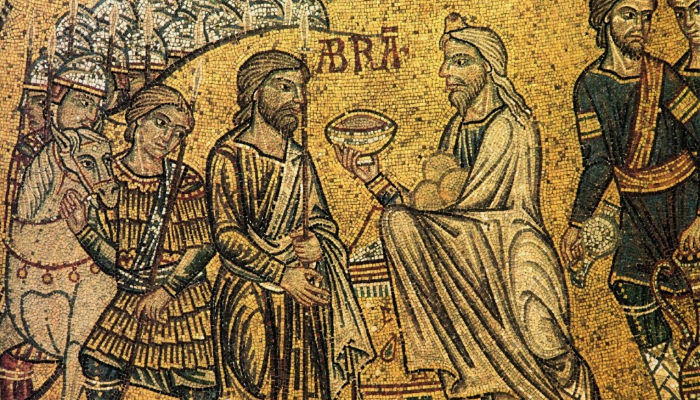 This chapter in the New Testament is one of the most beautiful of all. It’s worth reading over and over until fully understood. It begins as Abraham gives tithes to Melchizedek, the King of Salem, who now bears the name of The Priesthood After the Order of the Son of God. It makes the point that Melchizedek was not a Levite (Levi would not be born for generations) and was so righteous and so great that he received tithes from Father Abraham, from whom we receive much.

The Priesthood of Melchizedek is received by an oath and a covenant and holds the keys to eternal life, wherein the Priesthood of Aaron is temporal. But Christ’s priesthood continues forever. Two verses near the end of the chapter are especially compelling:

For such an high priest became us, who is holy, harmless, undefiled, separate from sinners, and made higher than the heavens;

Who needeth not daily, as those high priests, to offer up sacrifice, first for his own sins, and then for the people’s: for this he did once, when he offered up himself (verses 26, 27).

Christ as eternal high priest serves in the heavenly tabernacle at the right hand of God.

Now of the things which we have spoken this is the sum: We have such an high priest, who is set on the right hand of the throne of the Majesty in the heavens;

A minister of the sanctuary, and of the true tabernacle, which the Lord pitched, and not man (verses 1, 2).

The tabernacle in the wilderness built by Moses was a shadow of things to come and was built after the pattern dictated by the Lord. The new covenant, however, is a better covenant with better promises. Under the new covenant, all shall know God.

The Holy of Holies (Hebrews 9):

Verse 7 refers to Yom Kippur, the Day of Atonement, in the fall. It was the only day that the high priest entered into the Holy of Holies to sprinkle blood on the veil, the Ark of the Covenant, and elsewhere. This was to atone for the sins of himself and all the people. These were carnal ordinances for Israel to practice until the Savior came (verse 10).

But Christ being come an high priest of good things to come, by a greater and more perfect tabernacle, not made with hands, that is to say, not of this building;

Neither by the blood of goats and calves, but by his own blood he entered in once into the holy place, having obtained eternal redemption for us (verses 11, 12).

Verse 22 says, “without shedding of blood is no remission.” Through the blood of Christ, we receive salvation.

Remember that the writer is trying to keep Jewish converts to Christianity from lapsing back into Judaism and the Law of Moses. He must convince them that Mosaic law is a type without the power to exalt us. He depicts Christ fulfilling the law by acting as a high priest. The Jews could visualize this. They could imagine Christ serving in a heavenly tabernacle as both the sacrificer and the sacrifice.

The pattern in ancient animal sacrifice was to place one’s hands upon the head of the sacrificial animal and transfer one’s sins to the beast. The animal’s blood was then shed in atonement for the sinner.

This video from the online Come Follow Me materials for Sunday School explains this well and associates Mosaic sacrifice with Melchizedek Priesthood sacrament:

The chapter ends with a caution for those tempted to draw back from the knowledge and testimony they’ve received:

Now the just shall live by faith: but if any man draw back, my soul shall have no pleasure in him.

But we are not of them who draw back unto perdition; but of them that believe to the saving of the soul (verses 38, 39).

Chapter 11 begins with the famous verse…”Now faith is the substance of things hoped for, the evidence of things not seen.”

“God having provided some better thing for us, that they without us should not be made perfect” (verse 40).

The Church of the Firstborn (Hebrews 12):

We are surrounded by witnesses. We need to endure chastening: he whom God loves, He chastens.

But ye are come unto mount Sion, and unto the city of the living God, the heavenly Jerusalem, and to an innumerable company of angels,

To the general assembly and church of the firstborn, which are written in heaven, and to God the Judge of all, and to the spirits of just men made perfect…(verses 22, 23).

Highlights from the Book of Hebrews Part II 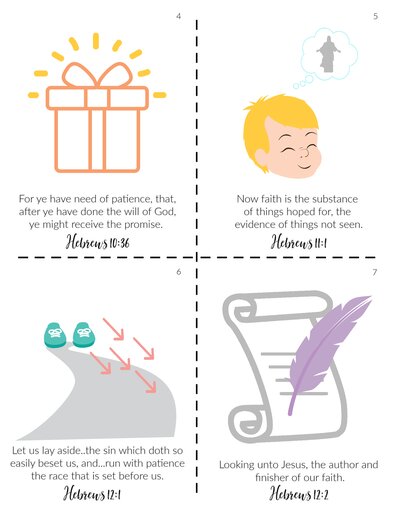